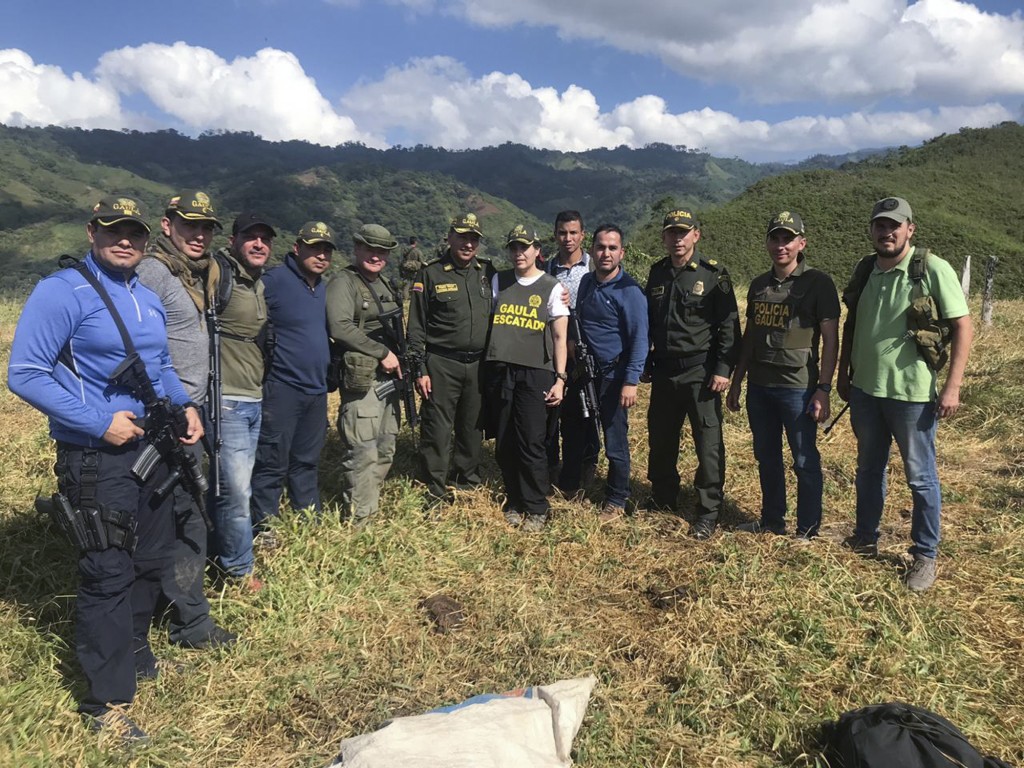 BOGOTA, Colombia (AP) — A relative of the late Nobel laureate Gabriel Garcia Marquez has been freed after being kidnapped and held for ransom for over three months.

President Ivan Duque announced Monday the military rescued Melissa Martinez Garcia in a special operation in which about a dozen people were detained.

The great niece of the famed writer was kidnapped in August while returning home to Santa Marta from her job overseeing work on a banana farm.

Duque described her captors as "common delinquents" whose leaders have ties to paramilitary groups and wanted millions for her return.

Video released by the military showed the woman smiling as she was embraced by a force member and shuttled away in a helicopter.