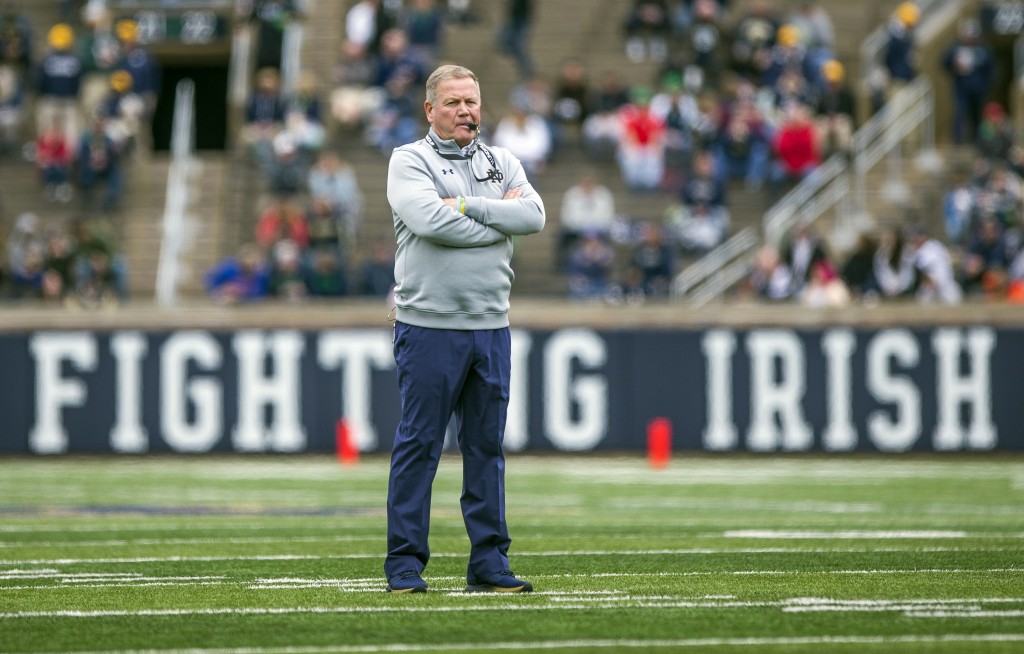 Notre Dame's Brian Kelly is The Associated Press college football Coach of the Year, becoming the third coach to win the award twice since it was established in 1998.

Kelly joins Saban and TCU's Gary Patterson as two-time winners. Kelly was also coach of the year in 2012.