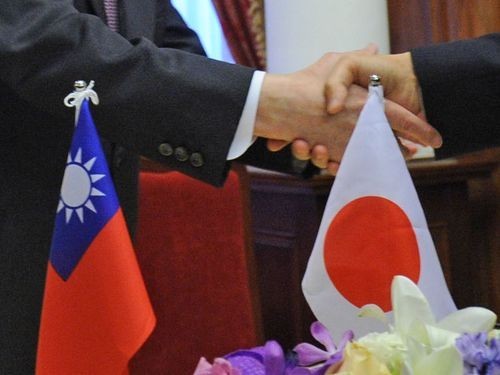 TAIPEI (Taiwan News) – A leader of the Kuomindang (KMT) party has stirred speculation and raised tension between Japan and Taiwan, by claiming that recent referendum to ban the “nuclear food” from Japanese regions of Fukushima and neighboring provinces will likely lead to Japan’s refusal to allow Taiwan entry into the CPTPP regional trade agreement.

KMT Deputy Chair Hau Lung-pin (郝龍斌) has claimed that upholding the ban on Japanese foods from regions affected by the Fukushima incident will ultimately threaten Taiwan’s chances of being accepted into the CPTPP.

Japan has expressed disappointment after the success of a public referendum to maintain a ban on foods from the region, with some speculation that Japan may file a WTO case against Taiwan if the government continues to uphold the ban. In an effort to put pressure on Taiwan and shore up relations with Japan, China recently eased import restrictions on foods from the affected regions.

In recent statements that could be damaging to Taipei’s relations with Tokyo, Hau said the trade relationship between Japan and Taiwan has always been unfairly tilted in favor of Japan. Hau said that if Japan does block Taiwan from joining the CPTPP framework on account of the food ban, it would expose the friendship between Japan and Taiwan as a sham.

A former legislator of the Democratic Progressive Party (DPP), Lin Cho-shui (林濁水) mocked Hau’s statements regarding Japan and Taiwan’s entry to the CPTPP in a Facebook post made Sunday, Dec. 16, reports Liberty Times.

Lin also criticized Hau’s remarks by noting that China currently accepts food imports from the regions around Fukushima, which must imply that idea the “two sides of the straight united to resist Japan” was also surely a lie.

Going even further, Lin remarked that since Beijing and the KMT have no joint statement on the “One China principle” then surely the “1992 consensus” is also a lie. And Since Beijing has never recognized any government in Taiwan or any KMT officials as legitimate, then the idea of the “one cross-strait family” must also be untrue.