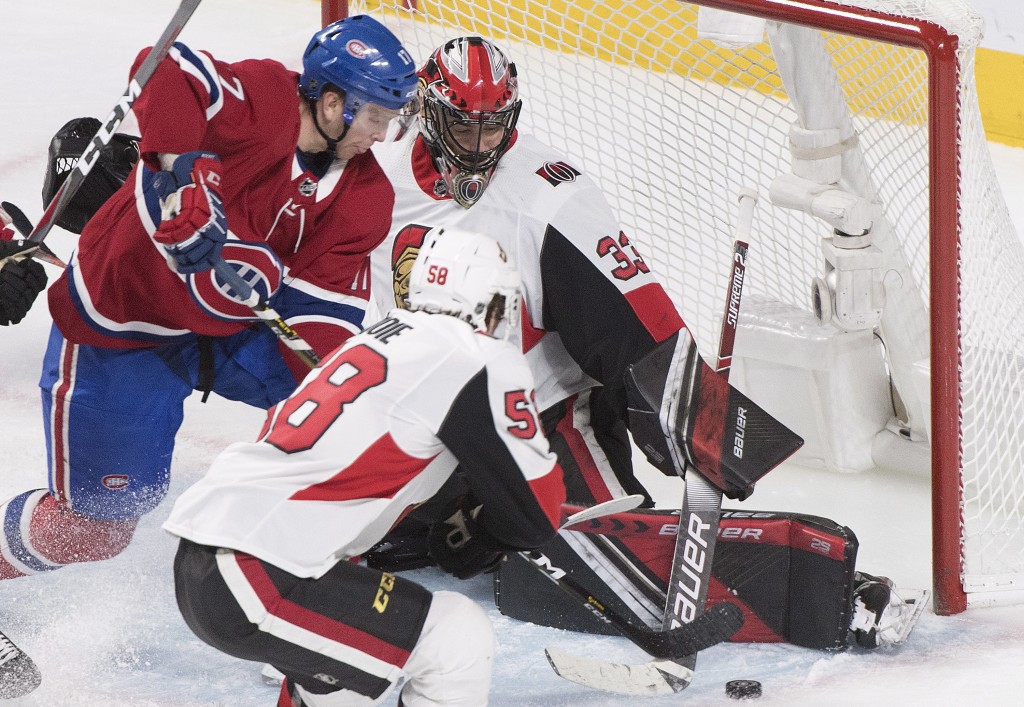 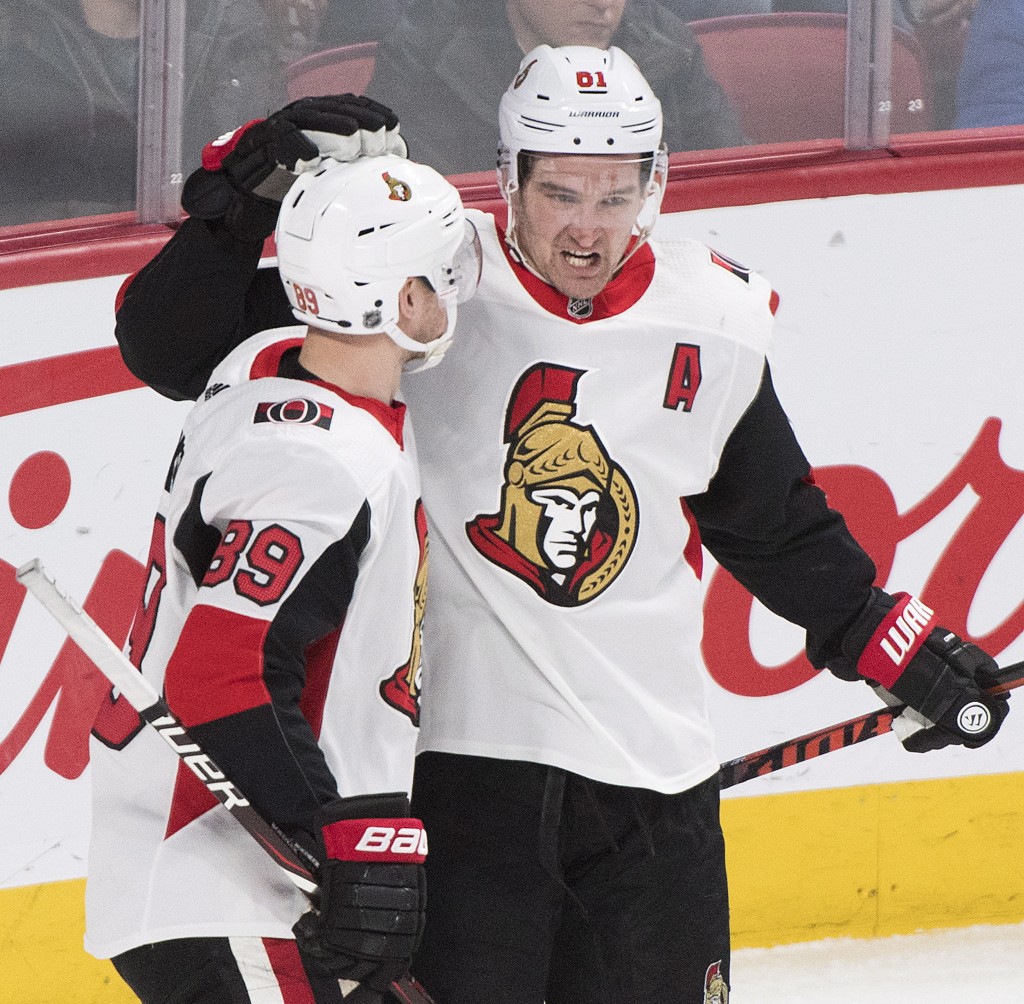 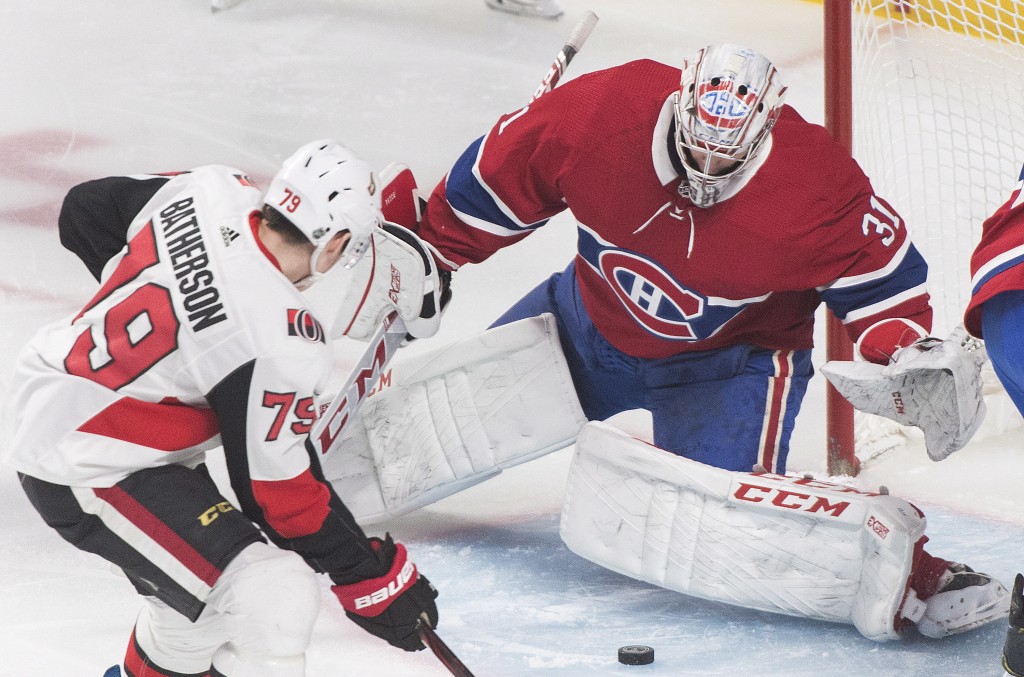 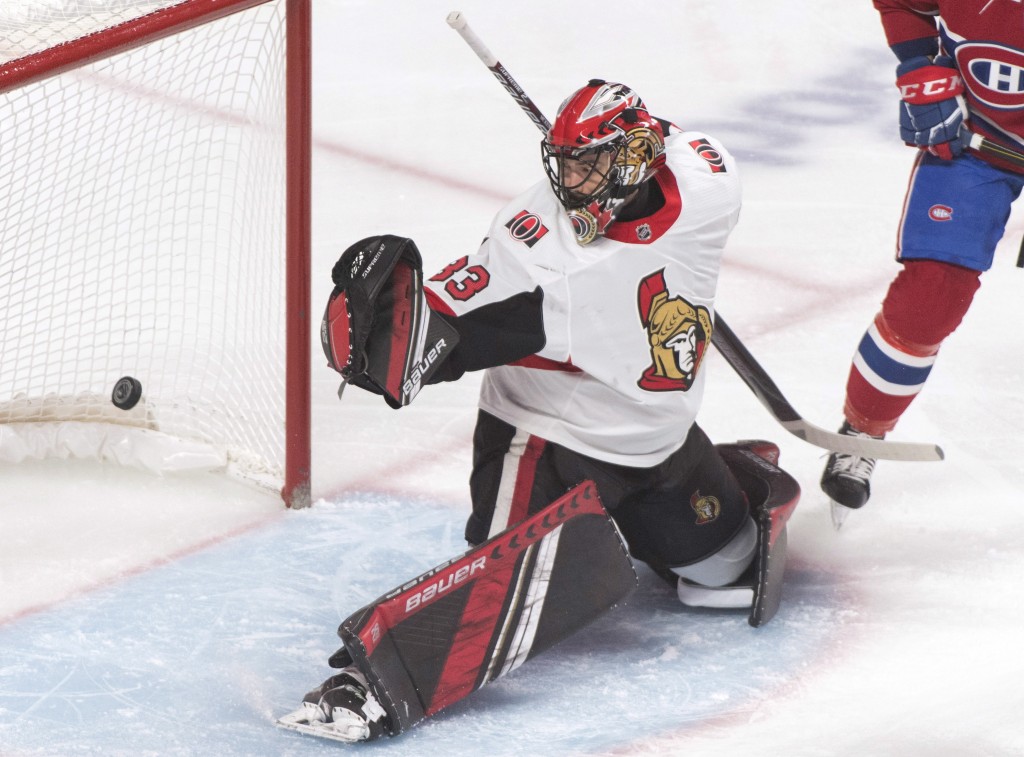 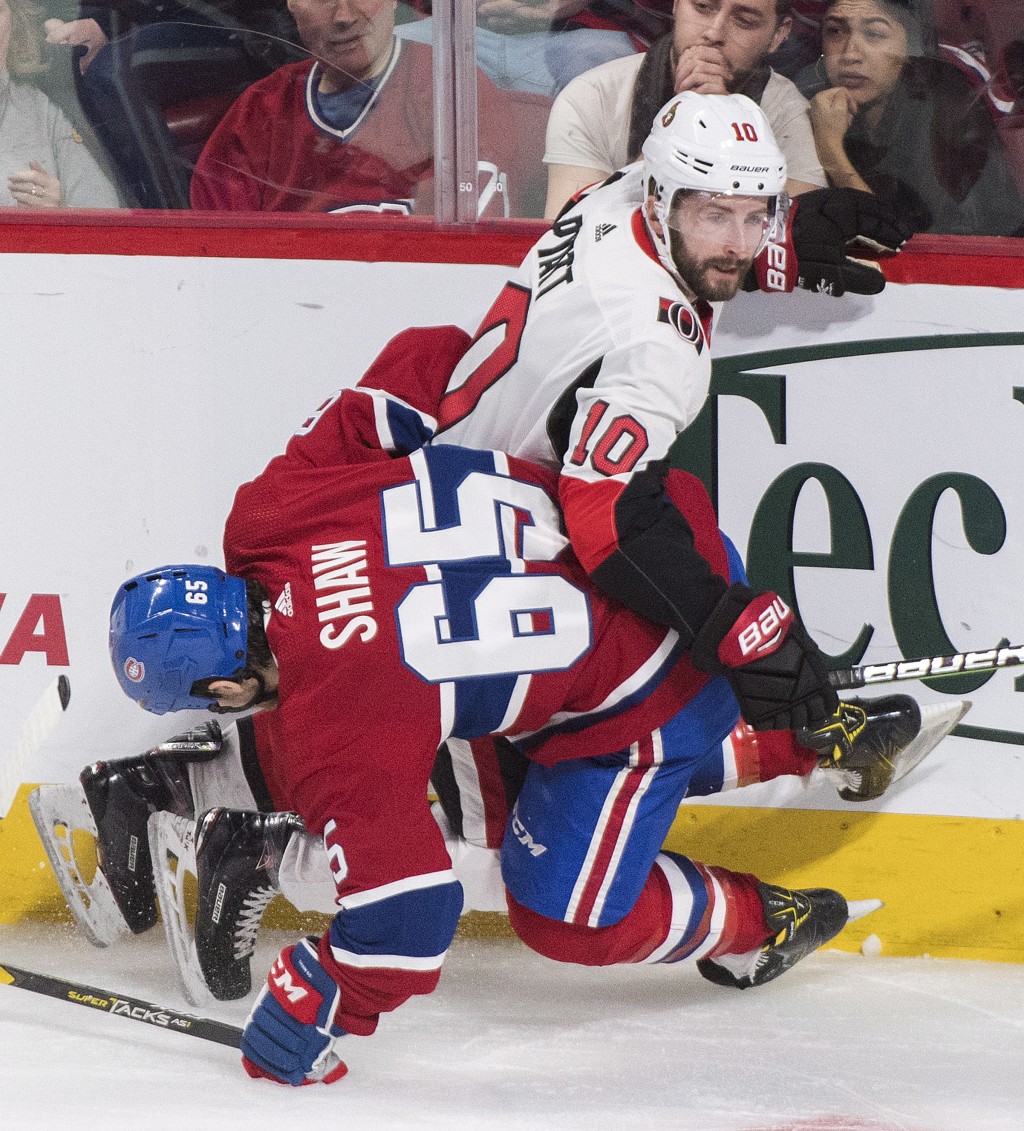 MONTREAL (AP) — Shea Weber scored the tiebreaking goal in Montreal's four-goal third period and the Canadiens rallied for 5-2 win over Ottawa on Saturday night, beating the Senators for the third time in 12 days.

Jesperi Kotkaniemi and Matthew Peca each had a goal and an assist, and Paul Byron and Jonathan Drouin also scored for the Canadiens. Carey Price stopped 16 shots to win his fifth straight.

Colin White and Mikkel Boedker scored for the Senators, who were coming off a 4-2 win against Detroit the previous night. Mike McKenna, 35, started in place of Craig Anderson and finished with 42 saves.

Each of Montreal's recent wins against Ottawa have been by identical 5-2 scores.

Kotkaniemi tied it 2-2 at 2:06 of the third as his wrist shot rang off the iron, then hit McKenna in the back and trickled across the goal line.

Montreal appeared to take the lead when Phillip Danault put the puck behind McKenna, but the goal was waived off after Artturi Lehkonen was called for embellishment seconds before. A loud chorus of boos rained down on the Senators, and referees, for the rest of the period.

Those boos turned into deafening cheers when Weber put the Canadiens ahead just past the midpoint of the period with aa powerful snap shot from the left faceoff dot for his fourth.

Byron made it 4-2 with 6 1/2 minutes left when he redirected Kotkaniemi's shot past McKenna. Drouin sealed it with an empty-netter nearly four minutes later.

With his second goal in as many games, Peca got the Canadiens on the scoreboard at 3:39 of the first.

Montreal's lead was extremely short-lived, with White tying it 20 seconds later with his ninth. It came seconds after Brady Tkachuk appeared to trip Price with his stick, and the Canadiens challenged the goal for goaltender interference but the call on the ice stood.

Heavily outworked in the second, the Senators scored on their first shot of the period at 9:11. Confusion between Jordie Benn and Noah Juulsen behind their own net led to Boedker's fourth.

NOTES: The Senators dropped to 2-4-1 in their past seven games. ... Canadiens coach Claude Julien earned his 600th career victory. ... Price improved to 25-9-5 all-time versus Ottawa.