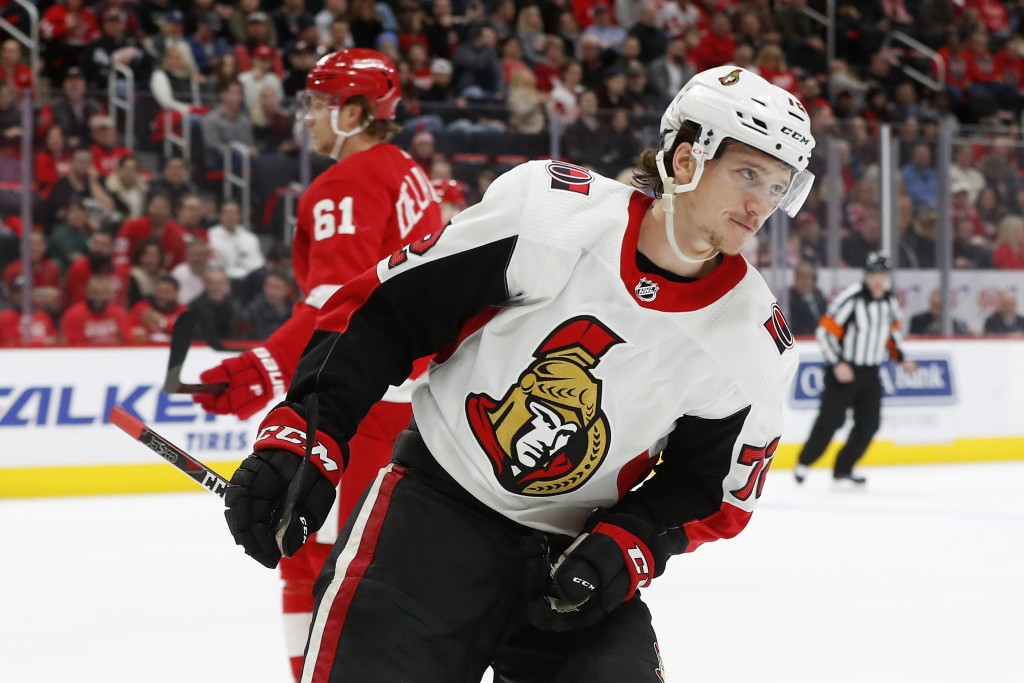 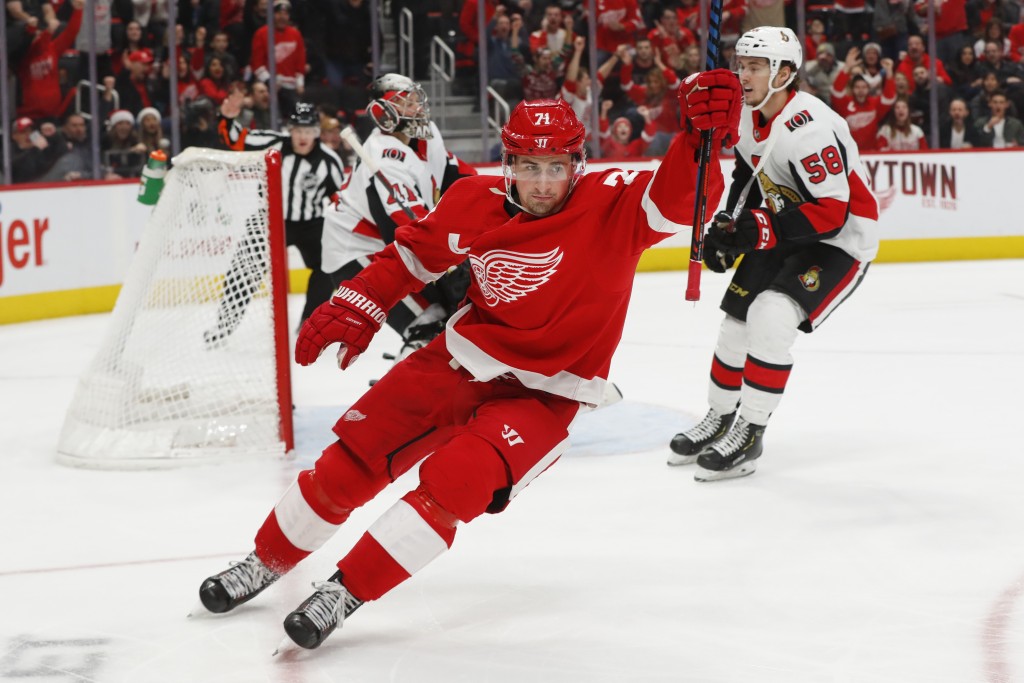 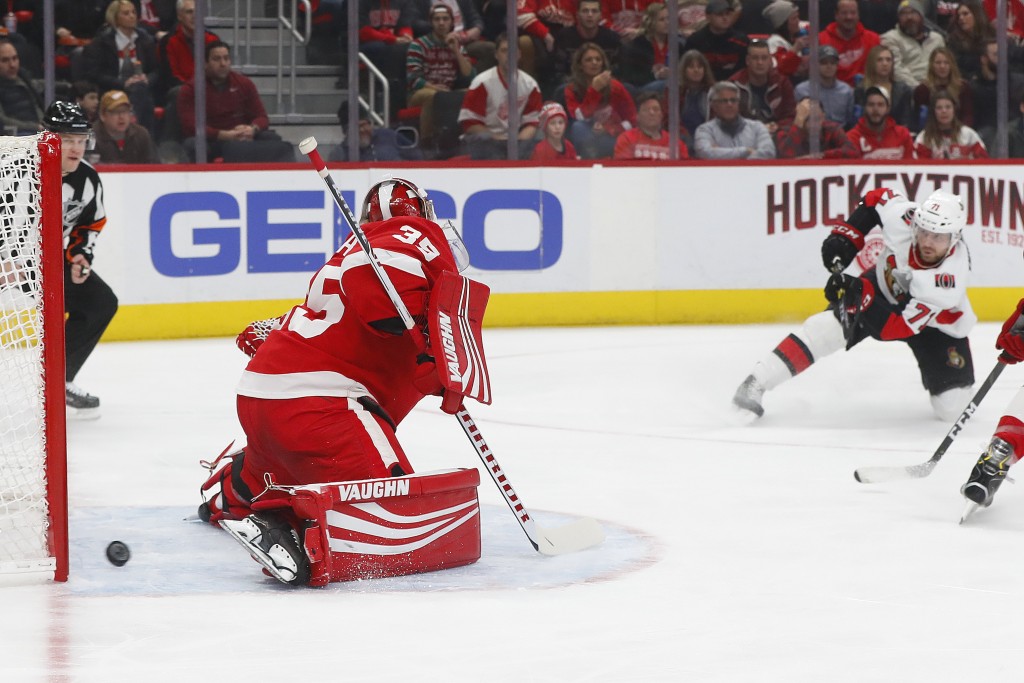 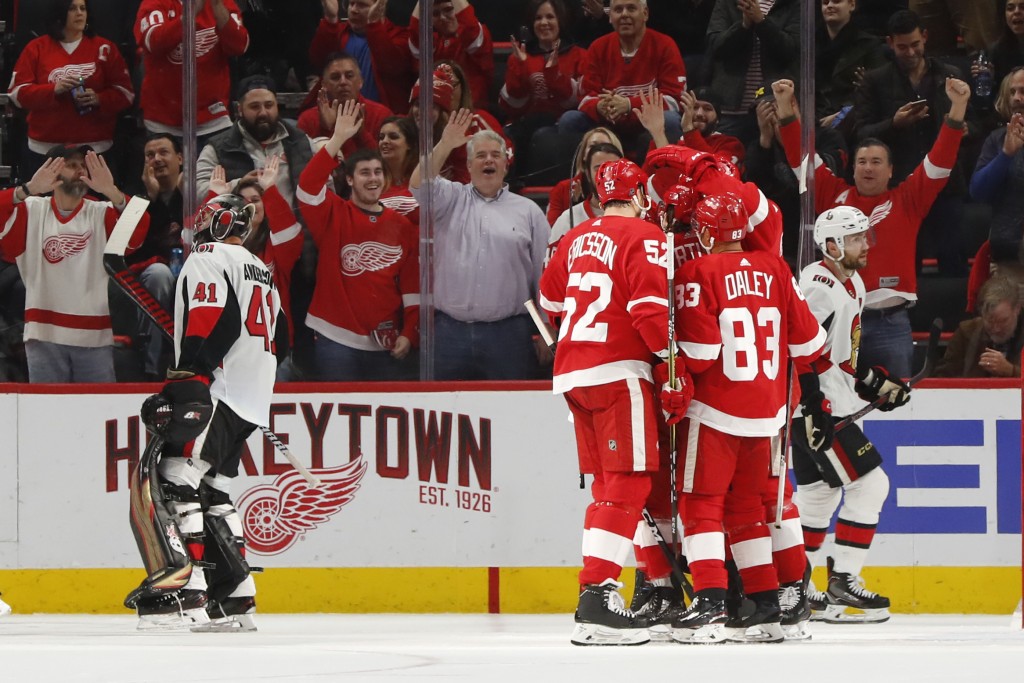 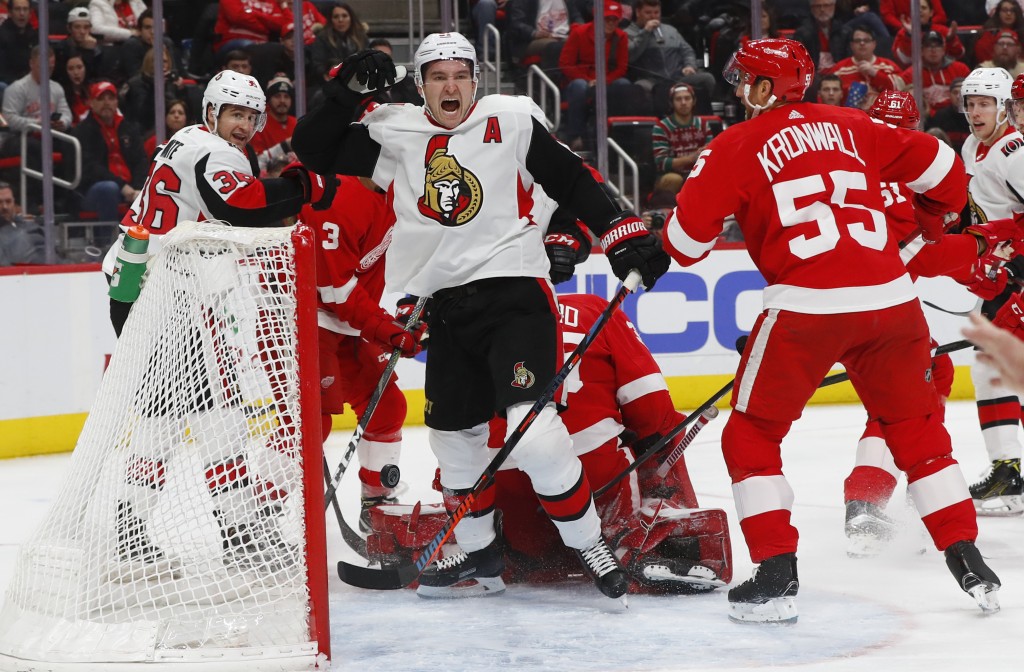 DETROIT (AP) — Mark Stone scored midway through the third period and Chris Tierney's second goal went into an empty net, lifting the Ottawa Senators to a 4-2 victory over the Detroit Red Wings on Friday night.

Stone had a goal overturned by video review in the first period, but there was no disputing his go-ahead goal that he sent into the net after the puck was loose in the crease behind goaltender Jimmy Howard.

Tierney and Thomas Chabot gave Ottawa a 2-0 lead in the first period. Craig Anderson finished with 23 saves for the Senators. Howard stopped 25 shots.

Detroit's Luke Glendening scored late in the first period and Dylan Larkin tied it midway through the second.

Tierney scored on an odd-man rush 8:19 into the game after Larkin's stick broke his stick as he was attempting a shot at the other end of the rink. Chabot's one-timer from just inside the blue line got past Howard's blocker with 6:03 left in the opening period.

Stone's goal in the third was overturned because a review showed the entire puck didn't cross the goal line.

Anderson didn't see Glendening's backhander until it was too late with 1:40 left in the first, allowing the Red Wings to pull within a goal. Larkin had some good fortune after his bad break earlier in the game when he came out of the penalty box midway through the second period, setting him up for a game-tying breakaway goal.

Detroit hurt its chances to extend the game when Larkin was called for slashing with 2:08 left in the game, leading to it pulling Howard to add an extra skater and Tierney took advantage with an empty-net goal.

NOTES: Ottawa F Bobby Ryan returned after missing three games with a concussion. ... The Senators scratched Tom Pyatt, Max McCormick and Christian Jaros. ... Detroit scratched Mike Green, who is expected to be out for at least a few weeks with a lower-body injury, and it also had Wade Megan and Luke Witkowski out of the lineup.

Senators: At Montreal on Saturday night.