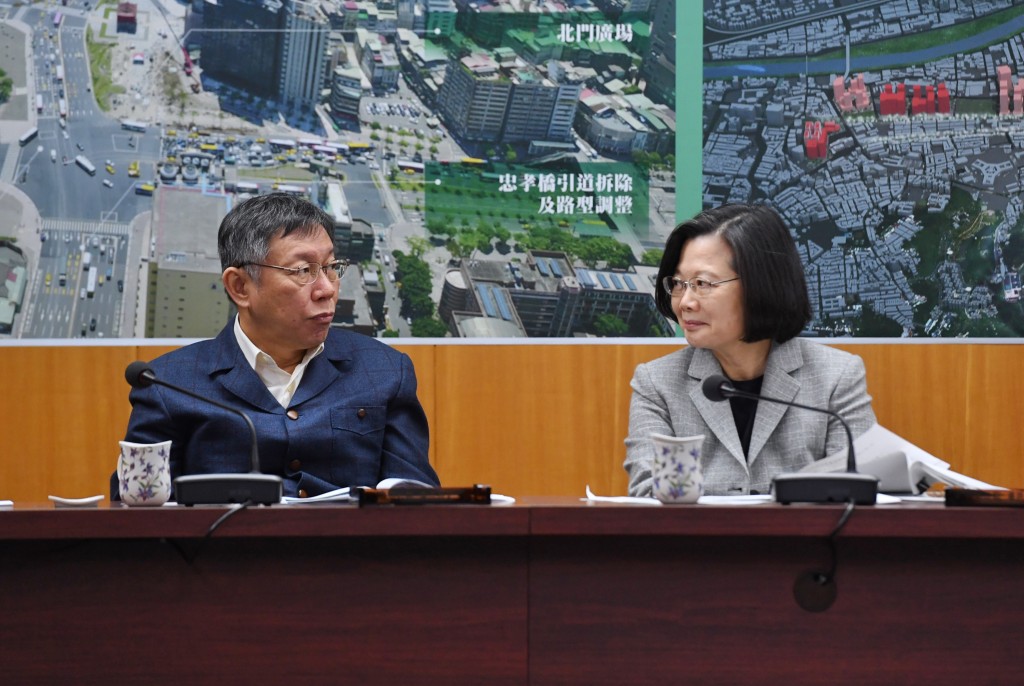 TAIPEI (Taiwan News) — Speaking of the Taipei Dome, whose construction has been stalled since 2015 due to safety concerns, Taipei Mayor Ko Wen-je (柯文哲) emphasized that the city government would need help from President Tsai Ing-wen (蔡英文) and her administration to be able to resume the construction without compromising safety standards.

President Tsai met with Ko at the Taipei Beimen Post Office on Thursday afternoon, as the first meeting of a series of other meetings that the president intends to hold with the newly elected mayors in the six special municipalities.

Ko had been criticized for not being able to deal with the problems surrounding the Taipei Dome throughout his first term, and in particular the city government’s disputes with the developer Farglory Group (遠雄集團) on a court level, even though the construction of the Taipei Dome was approved by previous mayors and before Ko took office for the first time in 2014 and the order to suspend the construction was laid down, part of the construction had been undertaken to some extent.

In a meeting that was meant to be focused on Ko’s plans and policies for the capital in his second term, Ko emphasized that the Taipei Dome, whose complete shutdown followed by dismantling would be too difficult due to legal issues, required assistance from the central government in order to continue the construction.

Ko said as the existing site of the Taipei Dome cannot fulfill the safety requirements demanded by the authorities, the city government would like to use the plaza in front of the Sun Yat-sen Memorial Hall and some space in the Taipei Railway Workshop as evacuation areas. Both sites are situated next to the stadium.

However, the memorial hall and the railway workshop are currently managed by the Ministry of Culture, said Ko, adding that the city government needs the Executive Yuan to help negotiate with the ministry.

The Taipei Dome was originally planned to be the main venue for the 2017 Taipei Summer Universiade, which instead took place mostly at the Taipei Arena and the Taipei Stadium.

Minister without Portfolio Chang Ching-sen (張景森) said the Executive Yuan would be willing to provide assistance. However, the memorial hall and the railway workshop are listed as cultural heritage sites by respectively the city government and the central government, any modifications to the sites would require approval from designated cultural heritage committees and the authorities, added Chang.

In her concluding remarks, President Tsai said Chang would bring the requests of the city government back to the Executive Yuan and help facilitate cooperation and negotiations between the cabinet and the Taipei City Government.

The president added that her administration welcomes any advice or requests for help in terms of pushing for the capital’s development.