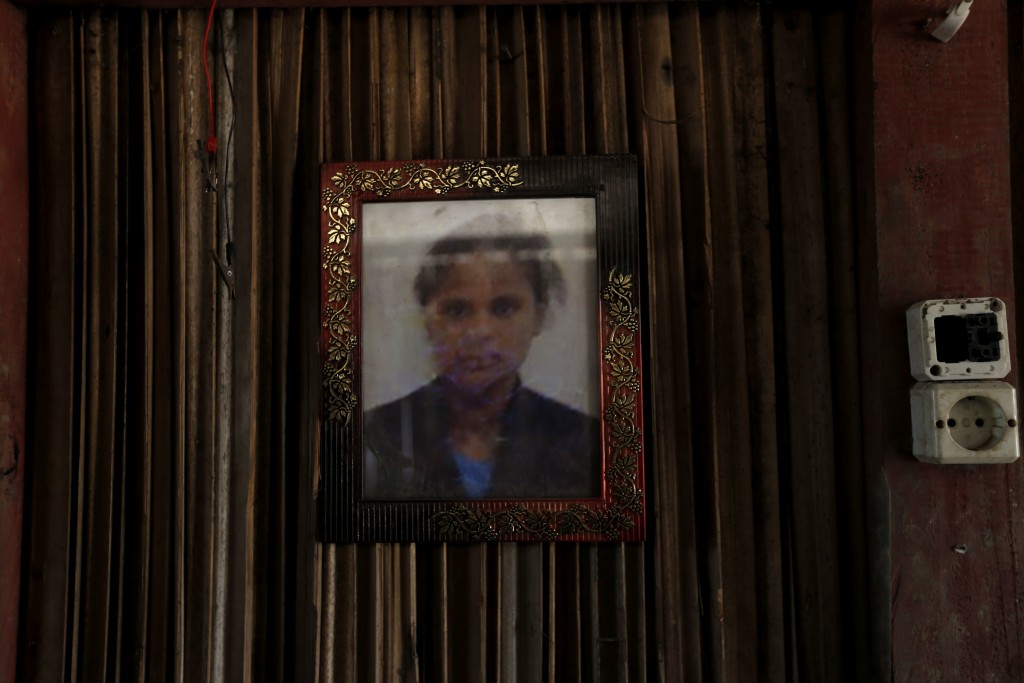 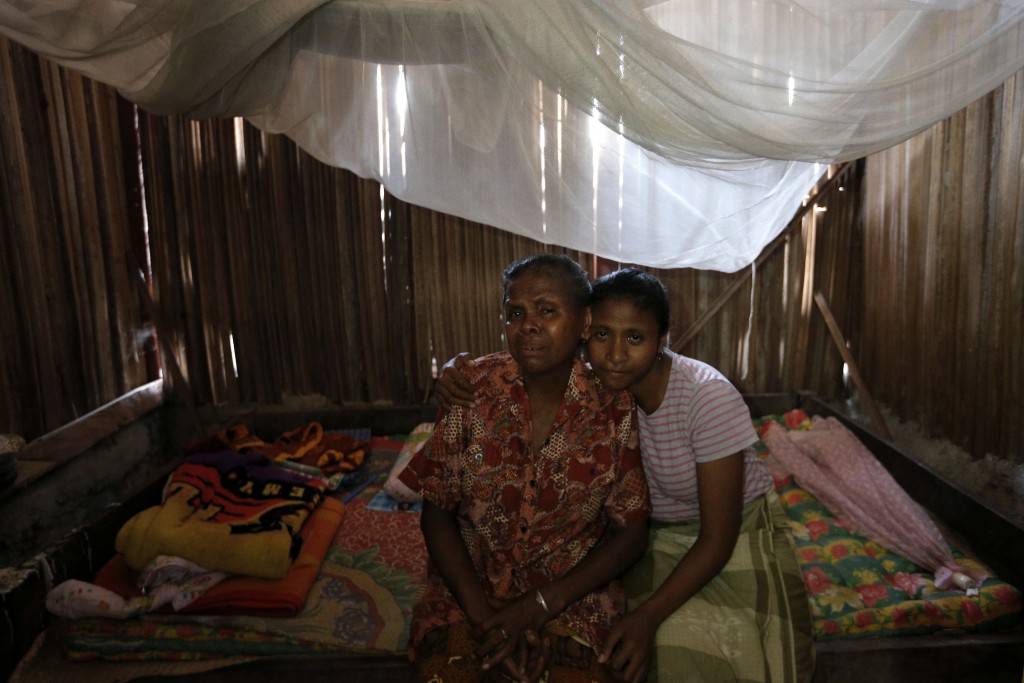 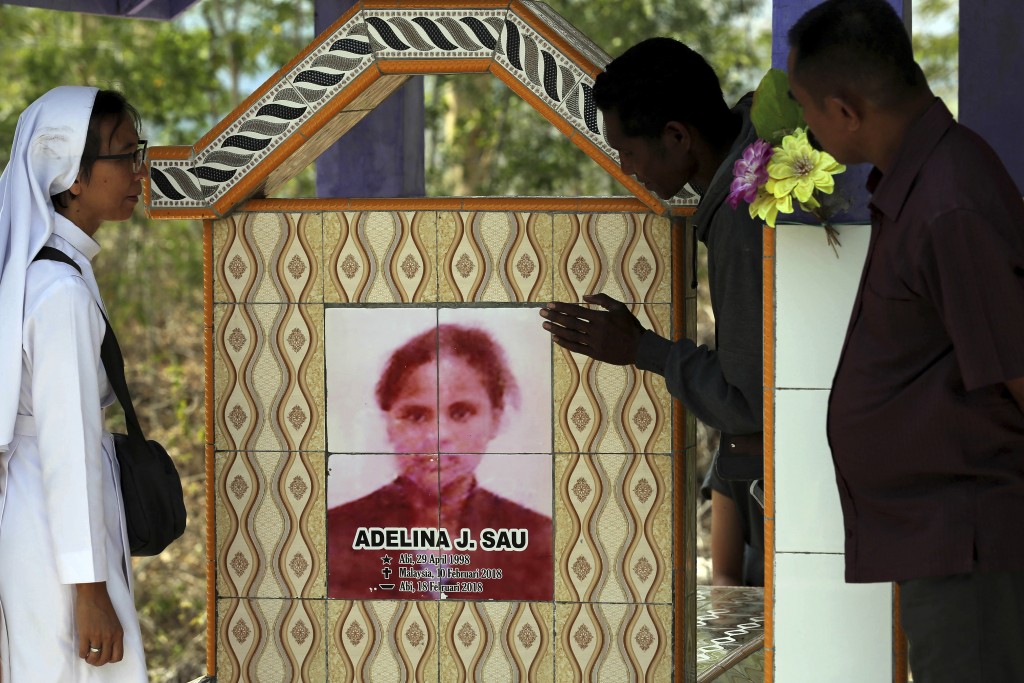 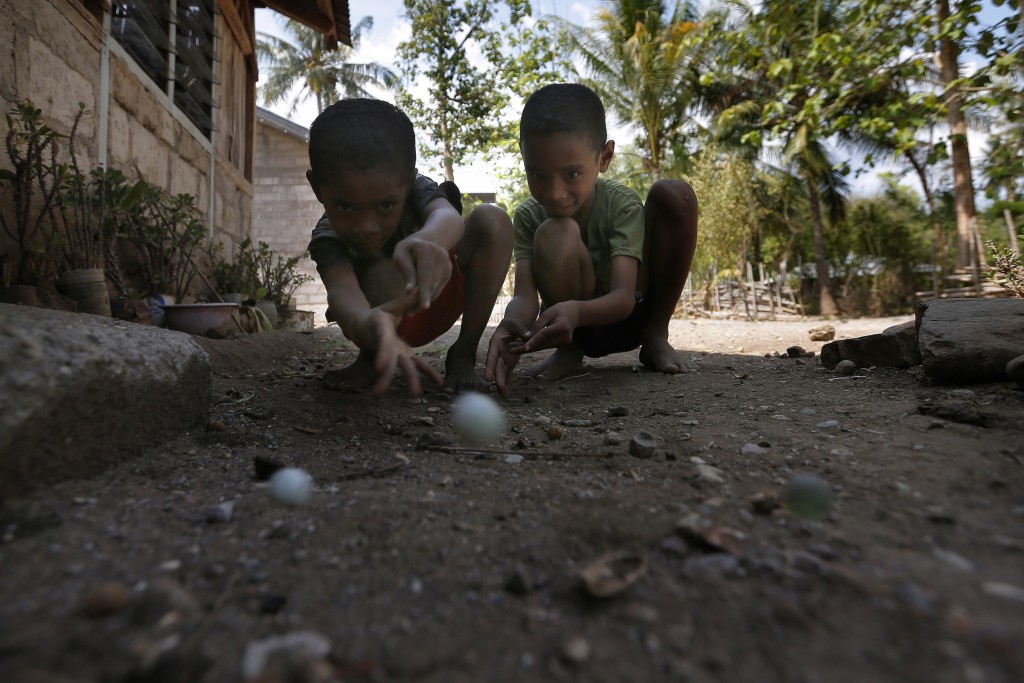 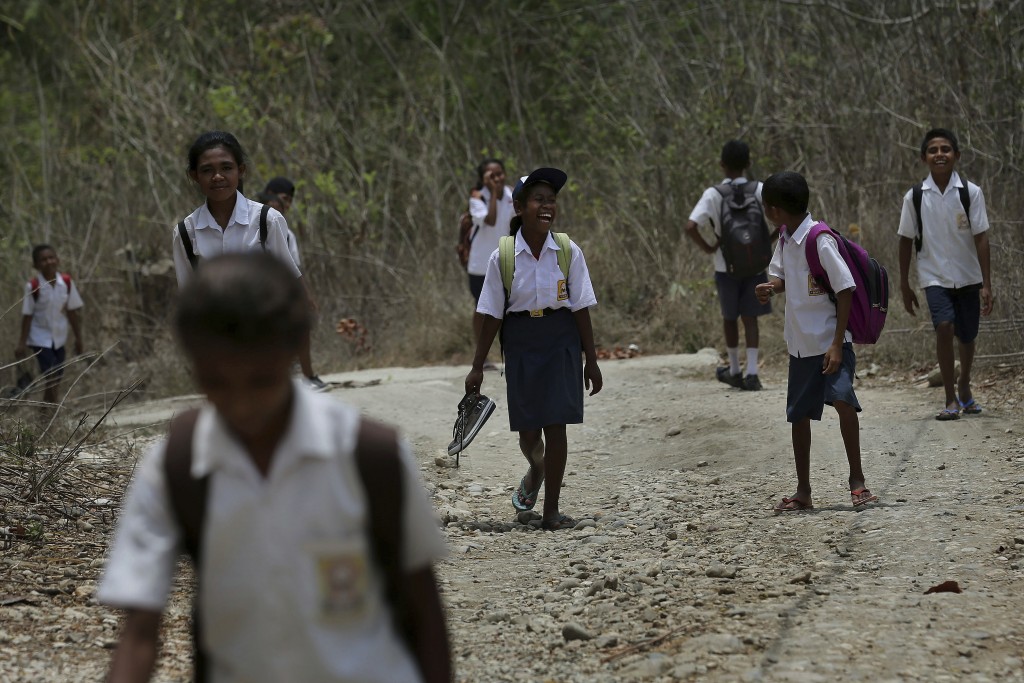 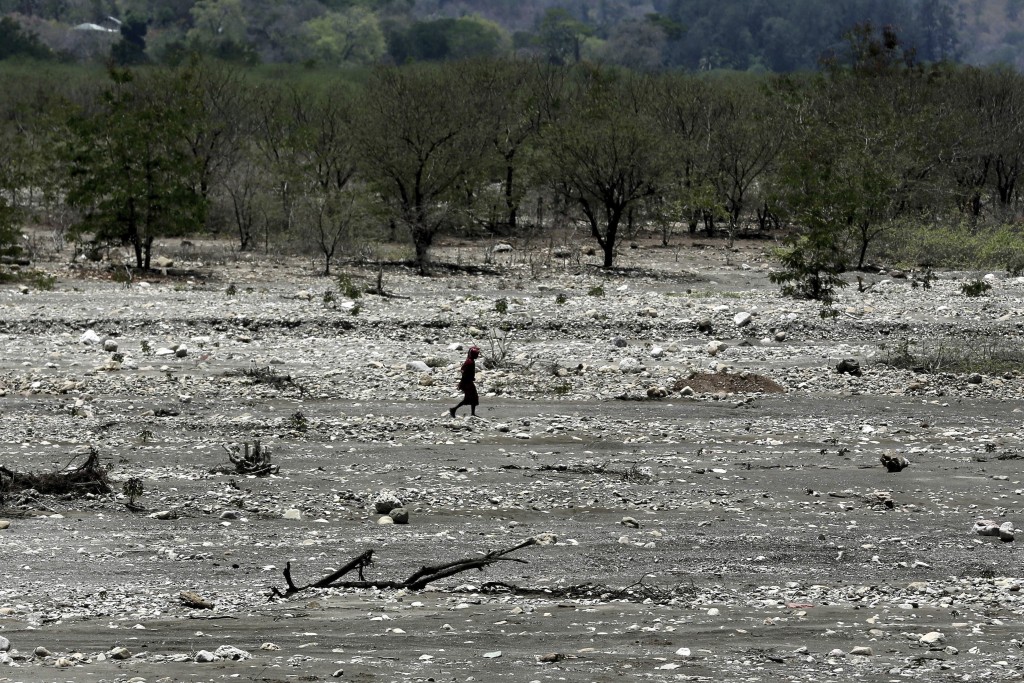 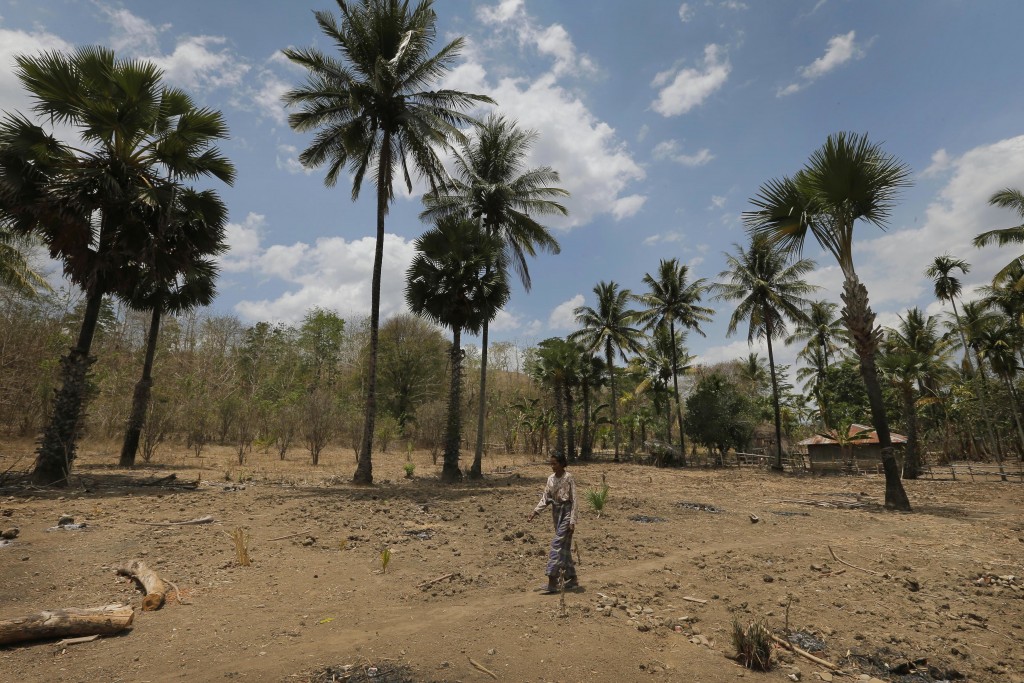 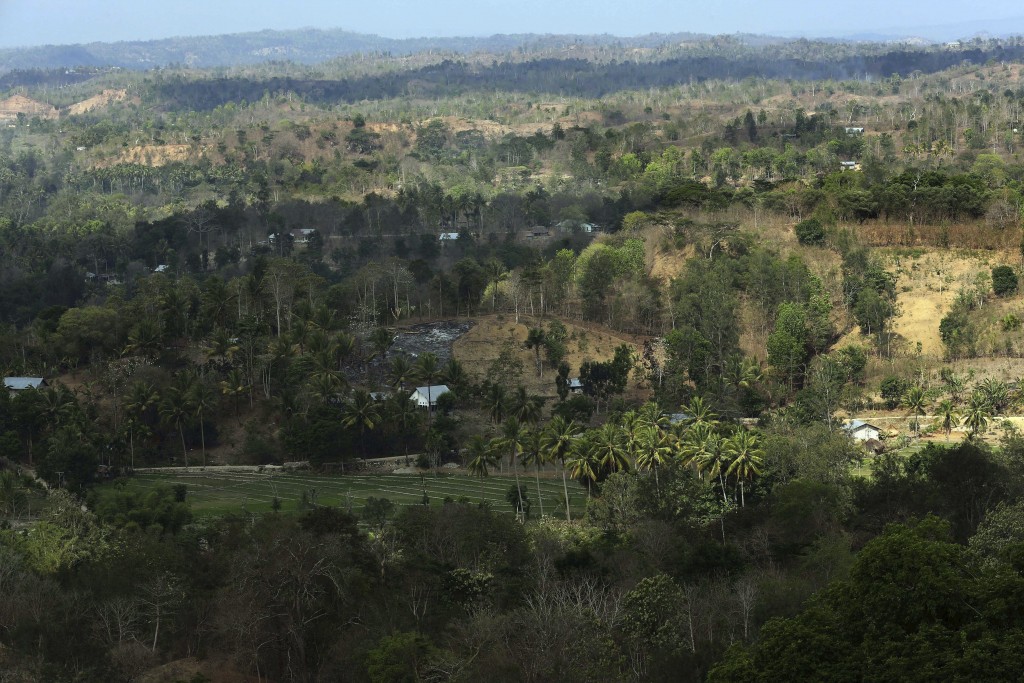 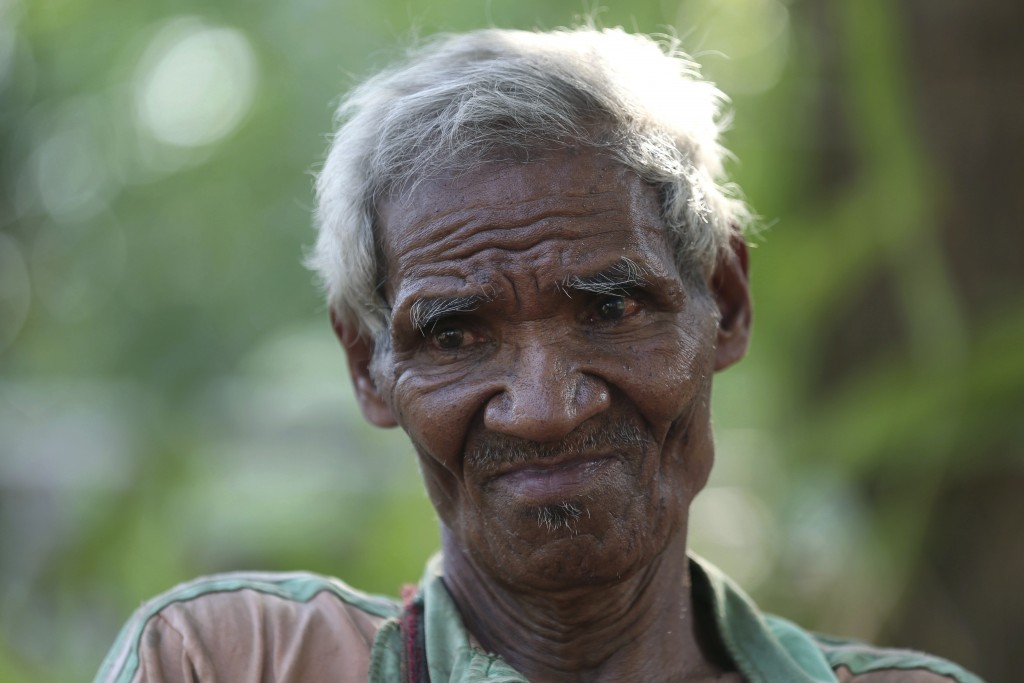 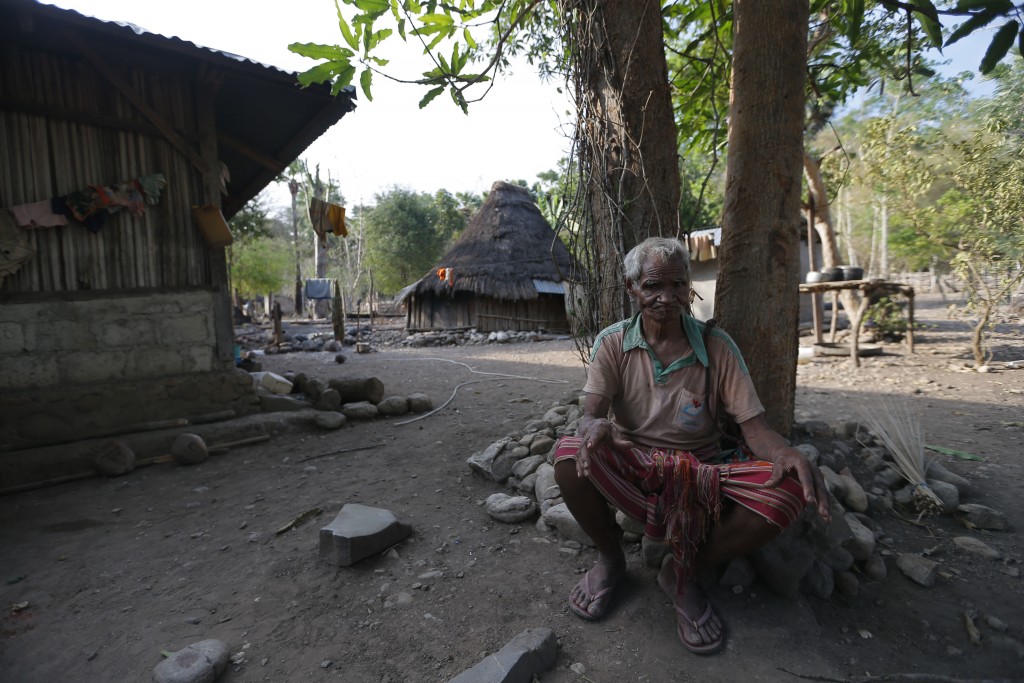 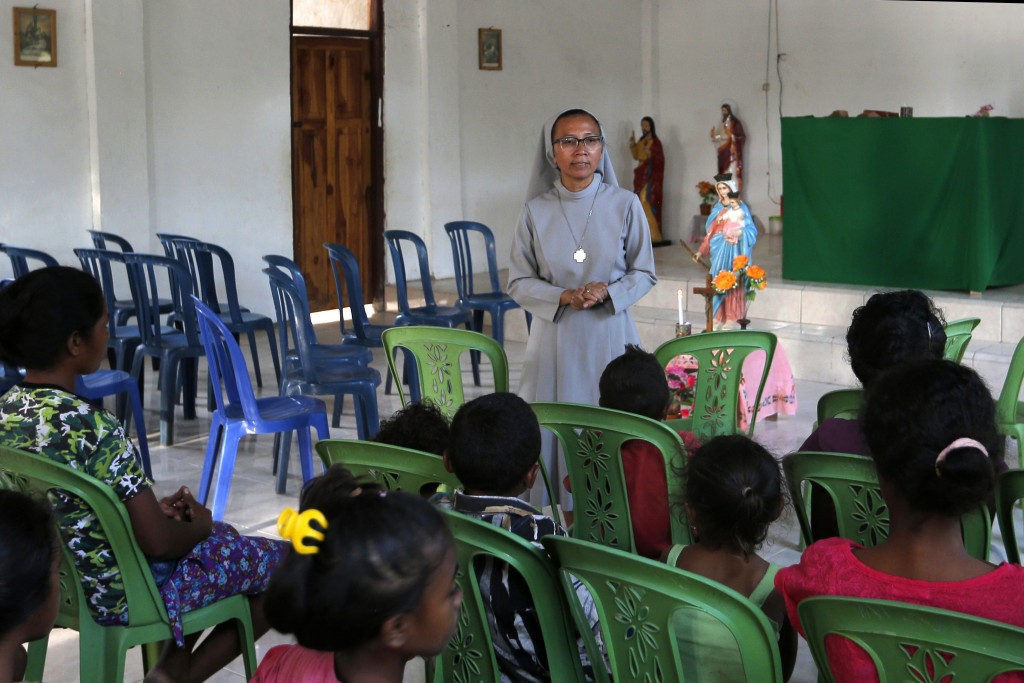 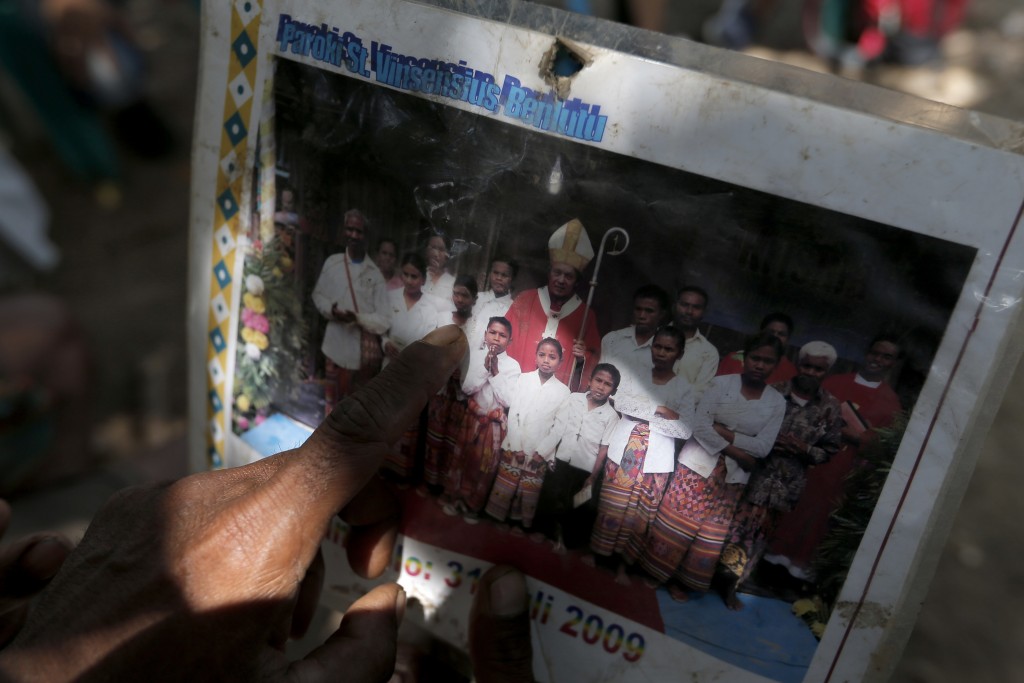 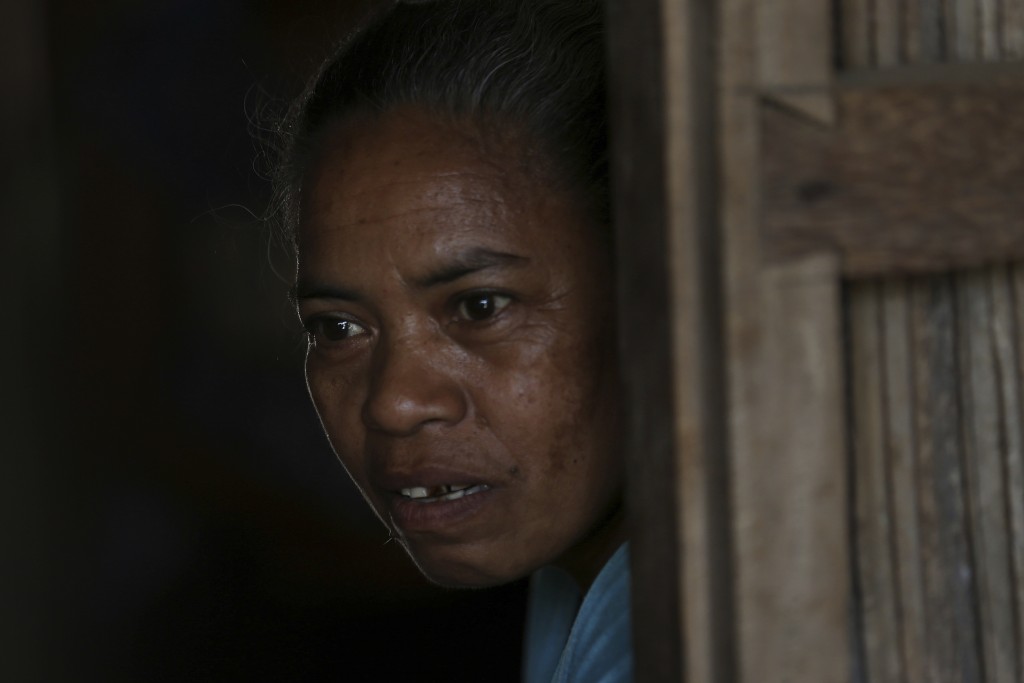 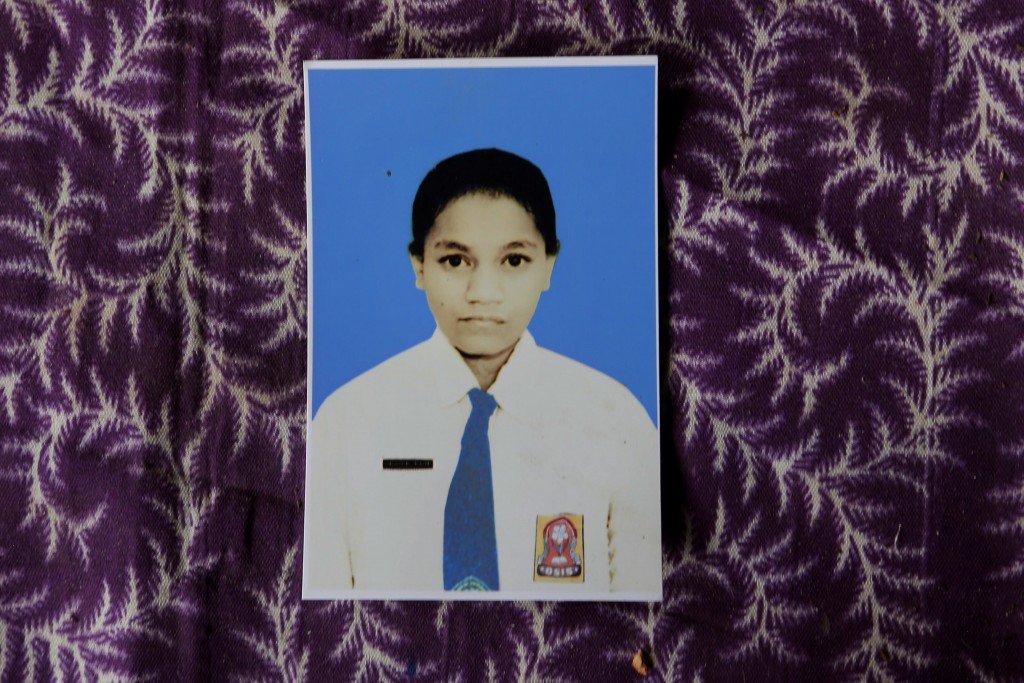 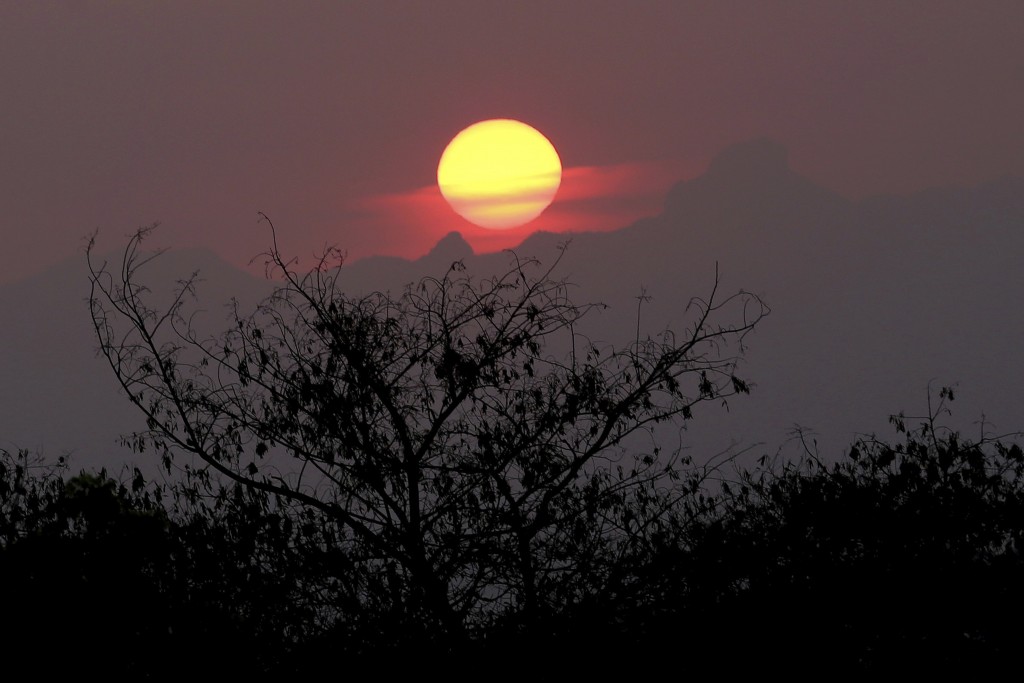 FATUKOKO, Indonesia (AP) — The stranger showed up at the girl's door one night with a tantalizing job offer: Give up your world, and I will give you a future.

It was a chance for 16-year-old Marselina Neonbota to leave her isolated village in one of the poorest parts of Indonesia for neighboring Malaysia, where some migrant workers can earn more in a few years than in a lifetime at home. A way out for a girl so hungry for a life beyond subsistence farming that she walked 22 kilometers (14 miles) every day to the schoolhouse and back.

She grabbed the opportunity — and disappeared.

The cheerful child known as Lina joined the army of Indonesians who migrate every year to wealthier countries in Asia and the Middle East for work. Thousands come home in coffins, or vanish. Among them, possibly hundreds of trafficked girls have quietly disappeared from the impoverished western half of Timor island and elsewhere in Indonesia's East Nusa Tenggara province.

The National Agency for Placement and Protection of Indonesian Workers has counted more than 2,600 cases of dead or missing Indonesian migrants since 2014. And even those numbers mostly leave out people like Lina who are recruited illegally — an estimated 30 percent of Indonesia's 6.2 million migrant workers.

On that night in 2010, Lina didn't seem to sense the danger posed by the stranger named Sarah.

Lina's great-aunt and great-uncle, who had raised her, were initially hesitant. But Lina's aunt, Teresia Tasoin, knew a Malaysian salary could support the whole family.

Sarah promised she would only take Lina to the provincial capital of Kupang for one night to organize her paperwork, then bring her back the next day for a prayer service.

Less than one hour after Sarah walked into their home, she walked back out with Lina.

Looking back on it now, Tasoin crumbles. "I regret it," she says through tears. "I regret letting her go."

When it comes to tracking the fate of migrants, Asia is the blackest of black holes.

Though it has more migrants than any region on earth, it has the least data on those who vanish. In an exclusive tally, The Associated Press found more than 8,000 cases of dead and missing migrants in Asia and the Mideast since 2014, in addition to the 2,700 listed by the U.N.'s International Organization for Migration. Countless other cases are never reported.

These workers reflect part of the hidden toll of global migration. An AP investigation documented at least 61,135 migrants dead or missing worldwide in the same period, a tally that keeps rising . That's more than double the number found by the IOM, the only group that has tried to count them.

In deeply Christian East Nusa Tenggara, the church has become one of the few advocates for the dead and disappeared. With the impoverished province home to the highest number of trafficking cases in the country, nuns and priests have transformed themselves into counter-trafficking crusaders.

Sister Laurentina — who like many Indonesians goes by only one name — waits at West Timor's airport for the arrival of nearly every migrant worker's corpse that is flown back to Kupang, a ritual that has earned her the nickname "Sister Cargo." Some of the migrants die from accidents or illness, she says. Others from neglect and abuse.

The nun is one of the few people in West Timor even trying to track the missing. Since 2012, she has traveled across the island to educate villagers on the dangers of traffickers. She has held at least 20 meetings this year alone.

Laurentina asks each audience if anyone has lost contact with a relative who migrated for work. And at every meeting, for six years, at least one or two people have told her: Yes, my child is missing. Most are girls.

The remoteness of West Timor and a lack of education mean many people just don't understand the danger.

With no real industry in the drought-punished region, generations of villagers have migrated to Malaysia to work as maids or on plantations. But in the past few years, migrant trafficking has picked up, as traffickers move to remote areas in search of fresh, unsuspecting prey.

Finding the missing girls is virtually impossible, says Among Resi, head of the IOM's counter-trafficking and labor migration unit in Indonesia. The families have almost no details on where their child has gone.

The assumption, Resi says, is that many of the girls are trapped in their employers' homes. Domestic workers are highly vulnerable to abuse, because they toil behind closed doors for families who often take their passports to stop them from fleeing. Other girls, Resi says, may have run away and encountered trouble elsewhere.

Priest Maximus Amfotis says he regularly hears of teens from his village migrating to Malaysia for work, never to return. There was a new case just two weeks ago, he says.

"If we cannot stop this problem," he says, "I fear that the current generation will be lost."

Five years after Lina disappeared, the military paid a chance visit to her village. Lina's uncle, Laurencius Kollo, told them about the night his niece walked out the door. The soldiers alerted the police.

Kollo and his wife waited for news. It never came.

The years dragged on. Kollo prayed every night for his niece's return.

And then, one day in March this year, word arrived that a neighbor's daughter was returning home from Malaysia. Maybe, Kollo thought, Lina was coming with her.

Fueled by excitement, the frail 69-year-old scaled a tree to pick some betel leaves. As he clung to the branches, he watched the sun set and daydreamed about Lina. He longed to hug her.

Lost in his memories, Kollo slipped. He crashed to the earth and blacked out.

When he awoke, his arm was broken. And so was his heart.