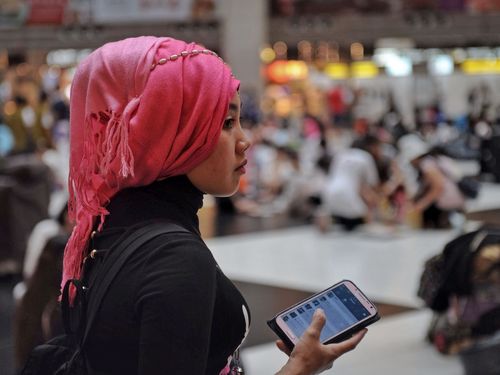 TAIPEI (Taiwan News) — Indonesian Labor Minister Hanif Dhakiri is arriving in Taiwan Thursday for a two-day trip, during which he will discuss matters regarding the labor rights of Indonesian migrant workers with his Taiwanese counterpart Hsu Ming-chun (許銘春), including possibly raising the monthly pay of Indonesian domestic workers.

Central News Agency reports that Taiwan and Indonesia are likely to ink a Memorandum of Understanding (MOU) concerning recruitment, settlement, and protection of Indonesian workers employed in Taiwan over the next couple of days.

The agreement is likely to pave the way for a pay raise for domestic workers, for the first time since August 2015.

The reports says Indonesian authorities are currently hoping that the Taiwan government will increase Indonesian domestic workers’ monthly salary by NT$2,000, making their pay NT$19,000 per month. But their ultimate goal would be to raise domestic workers’ pay to the same level as migrant workers employed in factories and other “formal” establishments, where salaries are similar to their Taiwanese counterparts.

In addition, the Indonesian government also expects the job descriptions of domestic workers to be further specified in the future employment contracts, thus preventing Taiwanese employers from asking domestic workers to tackle work that is not required of them.

There are currently a total of 256,383 domestic workers employed in Taiwan, according to the Ministry of Labor. Among them, 195,419 are from Indonesia, accounting for 76 percent of the total.

Apart from a pay raise for Indonesian domestic workers, the two countries will also discuss whether migrant workers can change jobs freely while in Taiwan, and whether Taiwan should include migrant fishermen in the nation’s health and labor insurance policies, CNA reports.

The issue of how Indonesia can improve management and evaluation mechanisms of workers’ intermediary companies will also be discussed, among several other issues.