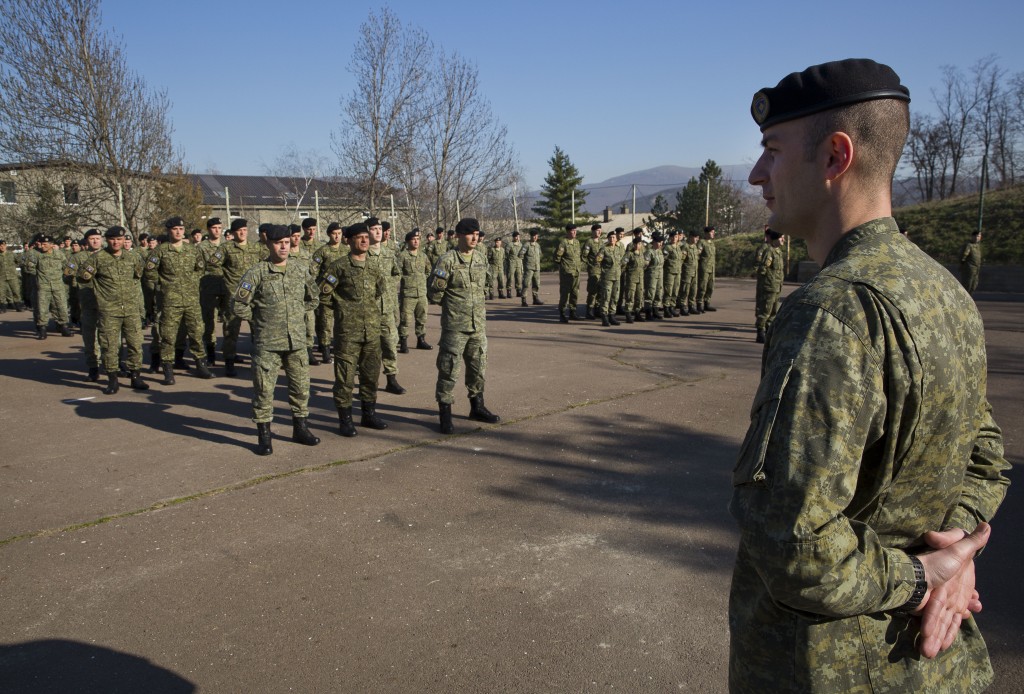 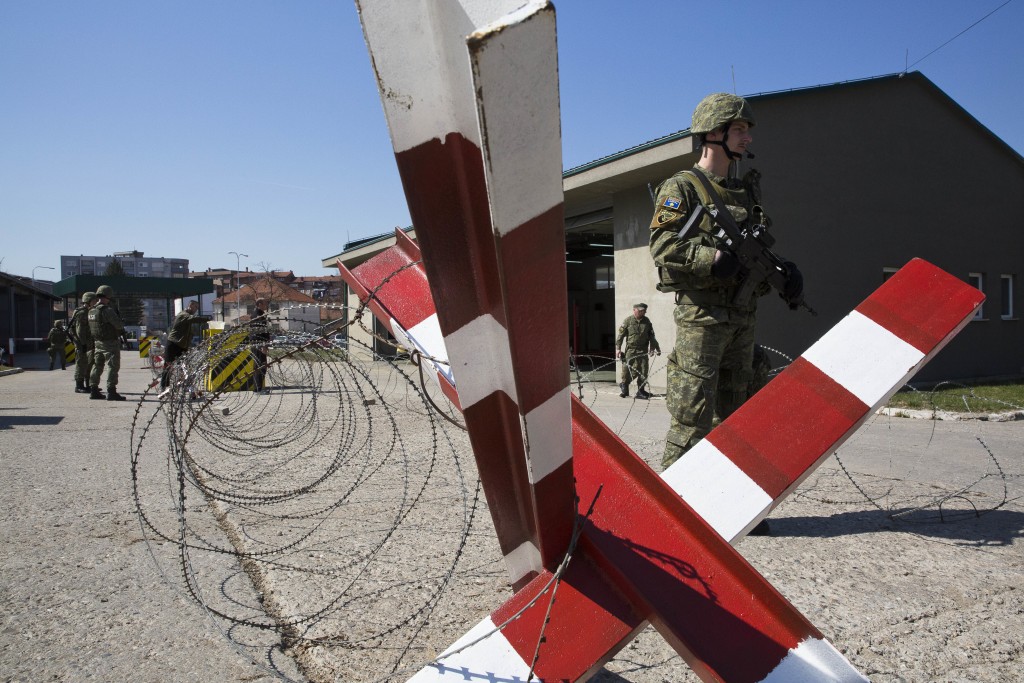 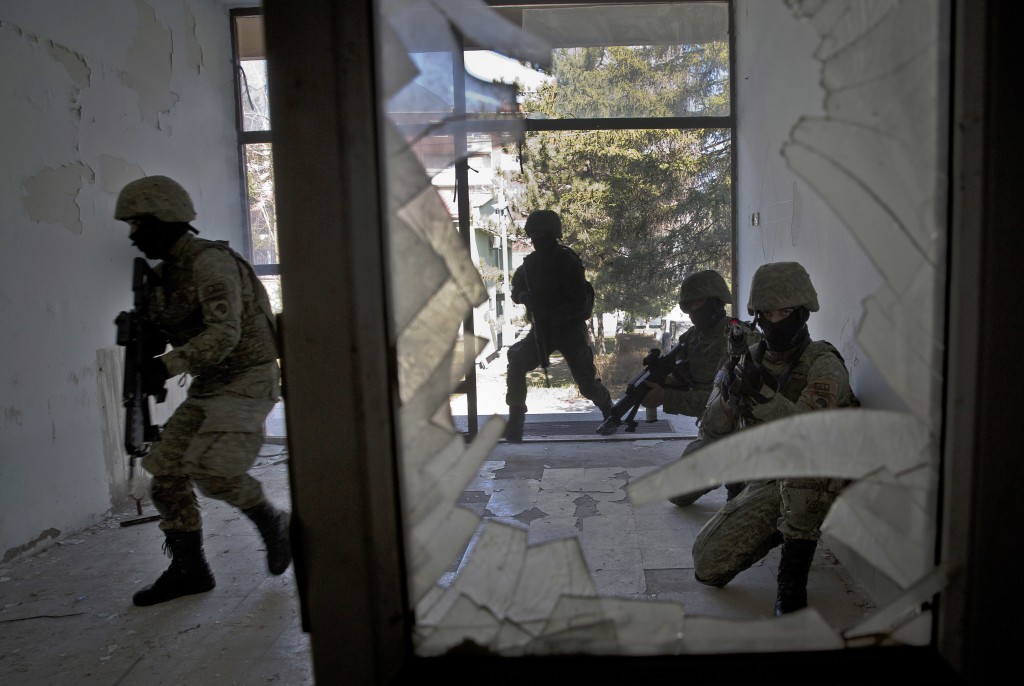 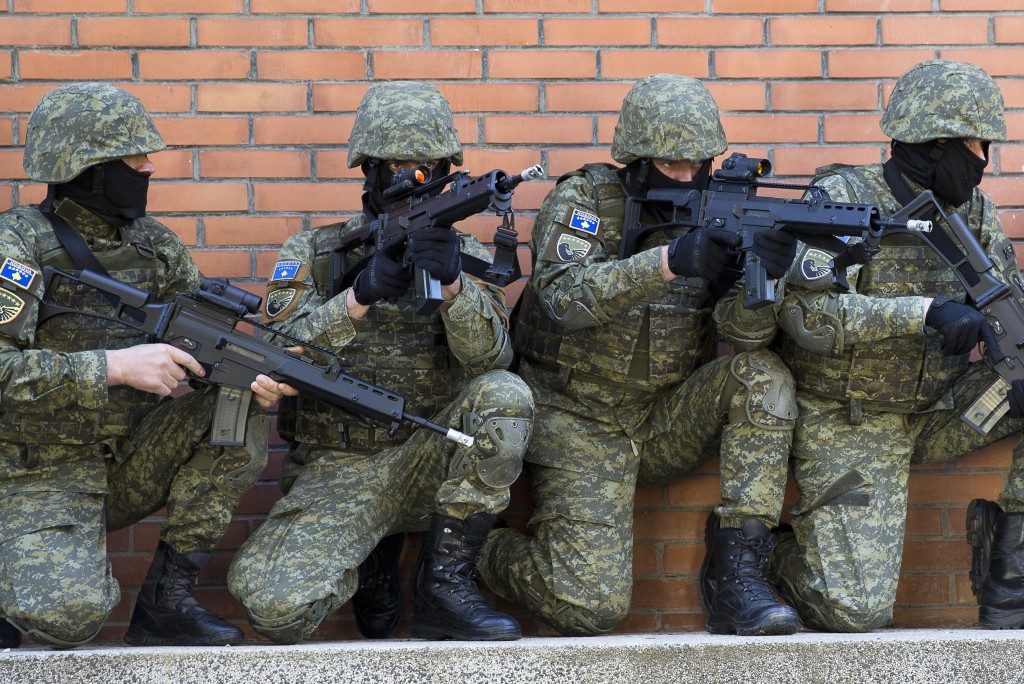 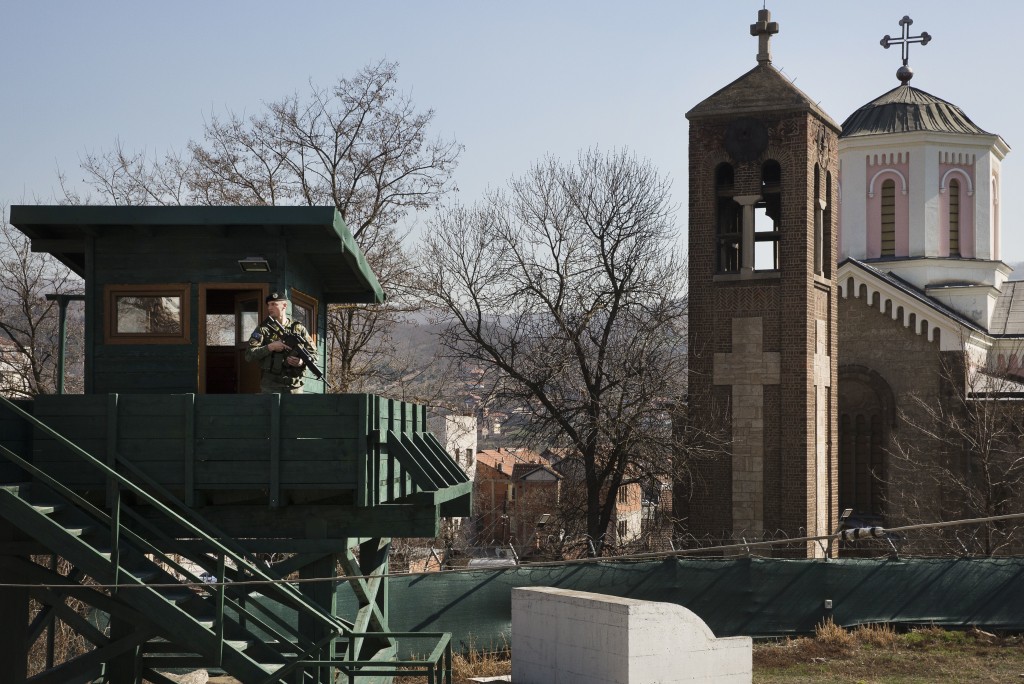 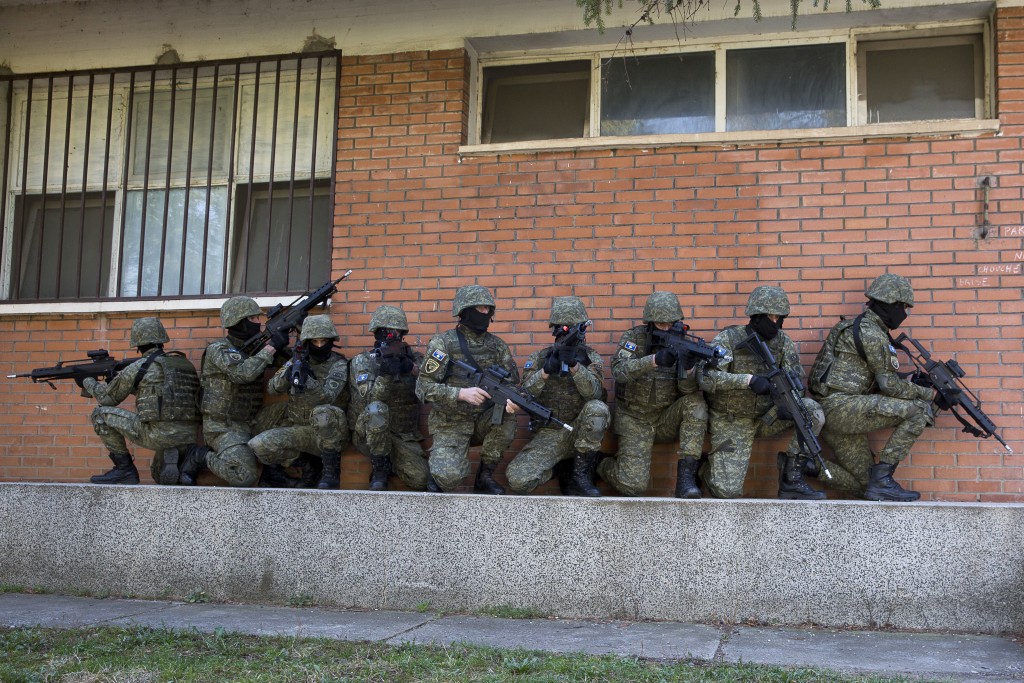 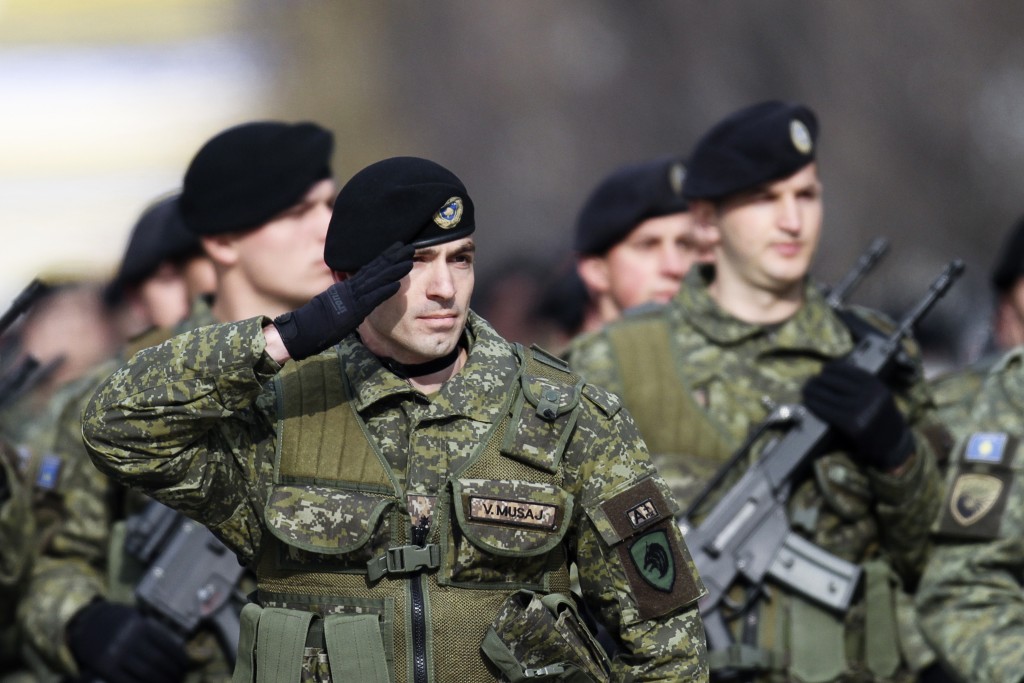 In a vote set for Friday, Kosovo's 120-seat parliament is expected to approve draft government-submitted legislation to turn an existing 4,000-strong paramilitary force, known as the Kosovo Security Force, into an expanded, lightly armed army.

Belgrade does not recognize the independence of Kosovo, a landlocked former Serbian province lost two decades ago after an uprising by ethnic Albanians and a campaign of NATO airstrikes.

Serbia says the proposed army's main purpose would be to take over and ethnically cleanse Kosovo's Serbian-dominated north. Officials in Pristina deny that.

Warning last week of a potential military intervention, Serbian Prime Minister Ana Brnabic said she hopes "we won't ever have to use our army" but that it is "currently one of the options on the table."

WHAT TRIGGERED THE CRISIS?

Long-simmering tensions soared after Kosovo slapped a 100-percent tax on Serb imports last month — in apparent retaliation after Serbian lobbying thwarted Kosovo's bid to join Interpol, the international police organization. Serbian officials claim the tariffs are a virtual embargo designed to force Kosovo's remaining ethnic Serbs, chief consumers of the affected goods, out of the country. The European Union, the United States and Russia have all urged lifting of the tariffs.

HOW SERIOUS IS THE SERBIAN THREAT?

Although Serbia has increased its saber-rattling, it is highly unlikely to take military action. That would trigger a direct confrontation with some 4,600 NATO-led peacekeepers, including U.S. troops, stationed in Kosovo since 1999. It would also almost certainly prompt Western sanctions and Serbia's isolation.

WHAT IS THE MILITARY MATCHUP?

Disregarding the NATO presence in Kosovo, Serbia has a much stronger military — some 30,000 professional troops, compared to 5,000 of the new Kosovo army. Russia has recently been arming Serbia with fighter jets and tanks, but the 1999 bombings devastated the country's military capability, which remains negligible compared to NATO's.

WHAT IS NATO'S POSITION?

Alliance Secretary-General Jans Stoltenberg said Kosovo's plan for an army is "ill-timed, goes against the advice of many NATO allies, and can have negative repercussions on Kosovo's prospects" of eventually joining the alliance and the EU. If Kosovo goes ahead, Stoltenberg said, "NATO will have to examine the level of our engagement with the Kosovo Security Force."

WHAT IS KOSOVO'S ARMY FOR?

The new army will have a 98-million-euro ($111 million) annual budget, with 5,000 troops armed with light infantry weapons and 3,000 reservists. Kosovo officials said it will handle crisis response and civil protection operations — essentially what the current paramilitary force does. Its main tasks would be search and rescue, explosive ordnance disposal, firefighting and hazardous material disposal.

HOW LEGITIMATE IS THE MOVE?

A UN Security Council resolution from 1999 specifies that Kosovo is under the authority of the United Nations Interim Administration Mission in Kosovo with security provided by the NATO-led peacekeepers. NATO and the U.S. have helped train the current Kosovo Security Force. The U.S. backs formation of the new army through a long process leading to multiethnic representation, starting with a change to the country's constitution, which makes no reference to an army. This, however, would require support from ethnic Serbian lawmakers, who strongly oppose the move.

Russia has strongly supported Serbia, its only real ally in Europe, and said the Kosovo army formation "may lead to the most severe consequences not only for the region's Serbian population but also for the security of the entire Balkans." But Moscow is unlikely to join Serbia in any military action against NATO in Kosovo. Furthermore, Russia's military has no real access to Serbia and Kosovo, which are practically surrounded by NATO-member states.

President Donald Trump has shown little interest in Balkan tensions, but Kosovo is virtually an American protectorate thanks to the former Clinton and Bush administrations that helped it gain independence. The U.S. has some 600 soldiers in Kosovo and any Serbian attack would likely be met with fierce retaliation.

Serbia has refused to take part in EU-mediated negotiations in Brussels to normalize the two countries' relations until Kosovo lifts the imposed taxes. Kosovo's government says it will not lift the tariffs until Serbia recognizes Kosovo's statehood. It will take a lot of international lobbying to restart the talks, which are crucial for both countries in their desire to join the EU.

HOW DID KOSOVO SPLIT FROM SERBIA?

A 1998-1999 war between Serbian forces and ethnic Albanians in Kosovo left more than 10,000 dead. Serbia's bloody crackdown against separatists and civilians in Kosovo prompted NATO airstrikes, ending the war. In 2008, Kosovo declared independence. The US and most of the West recognize it, but Russia and China do not.