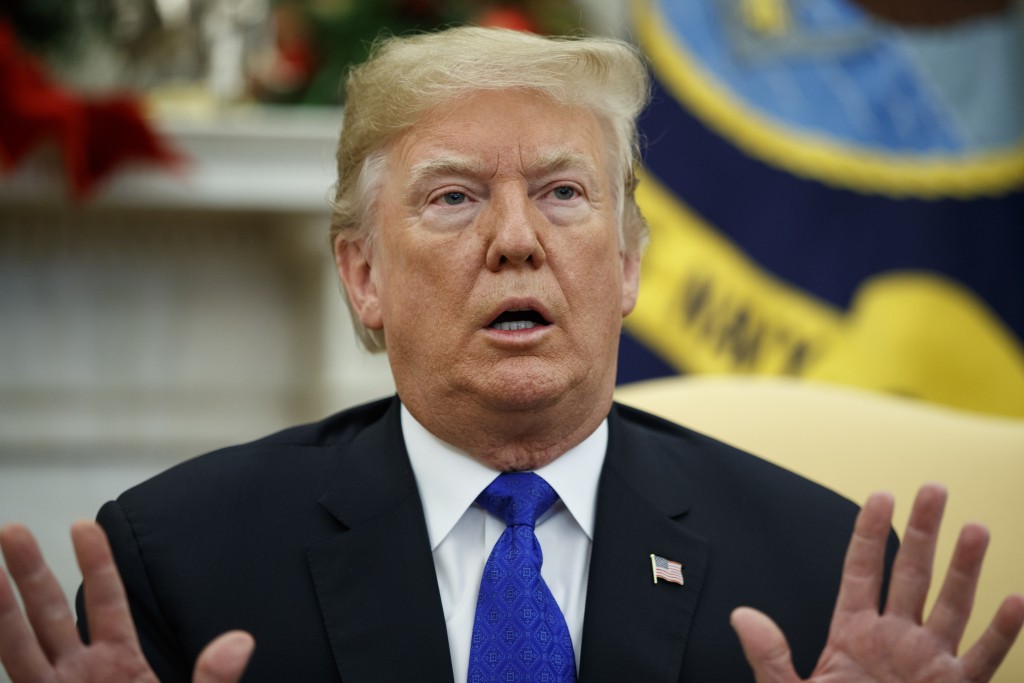 A look at where the investigations related to President Donald Trump stand and what may lie ahead for him.

Special counsel Robert Mueller is looking into whether the Trump campaign coordinated with Russia and whether the president obstructed the investigation. Trump also plays a central role in a separate case in New York, where prosecutors have implicated him in a crime. They say Trump directed his personal lawyer, Michael Cohen, to make illegal hush money payments to two women as a way to quash potential sex scandals during the campaign.

There is also evidence that some people in Trump's orbit were discussing a possible email dump from WikiLeaks before it occurred. American intelligence agencies and Mueller have said Russia was the source of hacked material released by WikiLeaks during the campaign that was damaging to Hillary Clinton's presidential effort.

—WHAT DOES TRUMP HAVE TO SAY ABOUT ALL THIS? Trump has repeatedly slammed the Mueller investigation as a witch hunt and insisted there was "NO COLLUSION" with Russia. He also says his now-former lawyer, Cohen, lied to get a lighter sentence in New York.

—WHAT DO I NEED TO KNOW TODAY? Two former Trump aides are pleading their case to judges Tuesday in hopes of easing the punishment they could face for their crimes.

Lawyers for former Trump national security adviser Michael Flynn will make a sentencing recommendation in a court filing due by the end of the day. Flynn has admitted lying to the FBI just days after Trump took office about conversations he had during the transition with the then-Russian ambassador to the United States.

Also Tuesday, Paul Manafort's defense team is expected to argue that the ex-Trump campaign chairman never intentionally lied to prosecutors. Manafort has been convicted in Washington and Virginia of crimes related to years of Ukrainian political consulting work. Although the charges don't directly touch Trump, Manafort was a central figure during the campaign, which means he could pass along potentially damaging information.