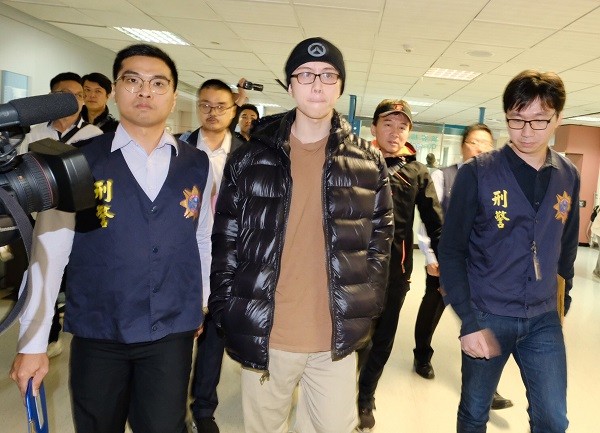 At around 8:30 p.m., Sun was seen being escorted through the terminal by Criminal Investigation Bureau (CIB) officers wearing a black hat, black-rimmed glasses, a quilted-down black coat, brown shirt, khaki pants, blue tennis shoes, and was not in handcuffs. A total of eight CIB officers were escorting Sun, including two from its international unit.

Sun's entertainer father Sun Peng (孫鵬) was seen closely trailing behind, while his celebrity mother Di Ying (狄鶯) later appeared, and he did not respond to questions from reporters as he walked through the airport.

The Taiwan Shilin District Prosecutor's Office coordinated with the international division of the Criminal Investigation Bureau (CIB) to send officers to escort Sun directly to the office upon arrival in Taiwan. Prosecutors wish to question Sun on suspicion that he violated Taiwan's Controlling Guns, Ammunition and Knives Act (槍砲彈藥管制條例).

The Prosecutor's Office expressed hope that Sun will take the initiative to cooperate with officers on reporting the case now that he has arrived. If he does not cooperate, the office is willing to subpoena him.

Once prosecutors have completed questioning Sun, they will then decide whether to seek his detention, release him on bail, restrict his exit from the country, or put him under house arrest.

Sun was last seen being taken by CIB officers to a blue van, which will transport him to the Shiling Prosecutor's Office for questioning. 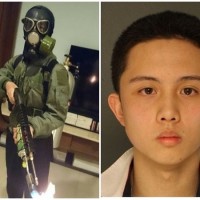