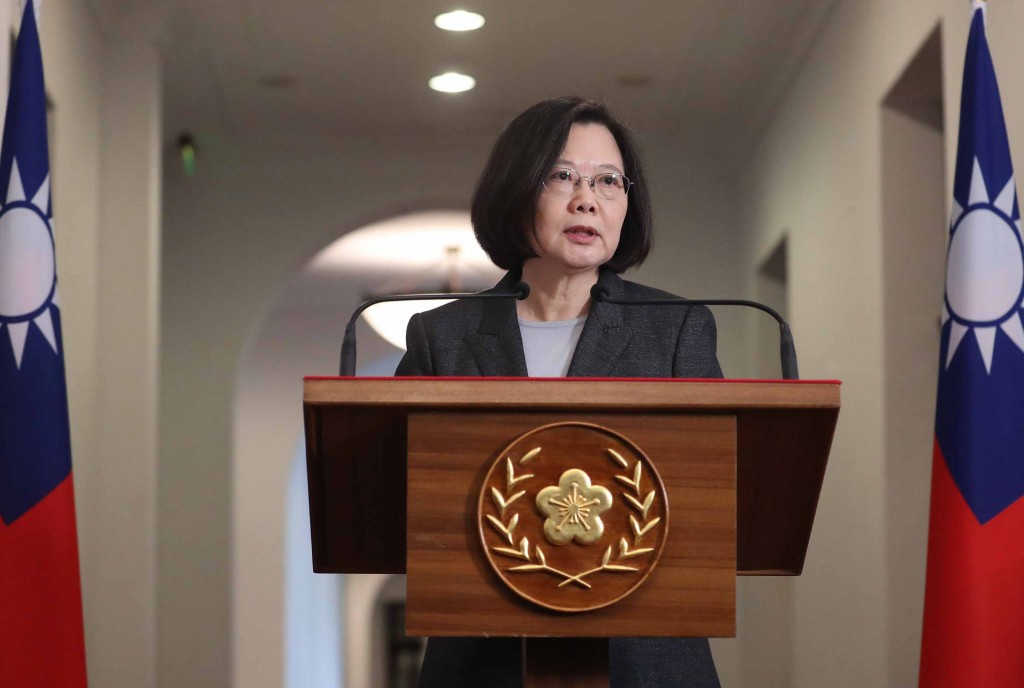 TAIPEI (Taiwan News) — In response to the statement of a renowned Taiwanese baker identifying himself as a Chinese, President Tsai Ing-wen (蔡英文) said Tuesday that Beijing’s use of political power to oppress Taiwanese people will only set back the cross-strait relations.

Wu Pao-chun (吳寶春), who is best known for winning the title of Master Baker in the bread category of the 2010 Masters de la Boulangerie held in Paris, France, released a pro-China statement on Monday, thus angering hundreds of Taiwanese people.

Speaking with reporters at the Presidential Office on Tuesday, President Tsai described the incident as yet another example in which people had to make standardized statements under pressure to please Beijing.

“Taiwanese people can tell that this is political oppression," said President Tsai, who welcomed Wu two years ago to the Presidential Office and commended his contributions to Taiwan’s baking industry. “China’s maneuvers will not be accepted by Taiwanese people.”

The incident reflects that China has utilized its political might to interfere with trade and economic activities, said the president. “The ubiquitous intimidation certainly constitutes a very important reason that sets the cross-strait relations back.”

Wu said in the statement that he is “a baker born in Taiwan, China,” and that he is “proud of being a Chinese.” He also said he supports the 1992 Consensus and considers the people across the Taiwan Strait are one family.

Facing a backlash from Taiwanese people after the release of the statement, Wu announced that he would hold a press conference together with Kaohsiung City Mayor-elect Han Kuo-yu (韓國瑜) at 1 p.m. on Tuesday.