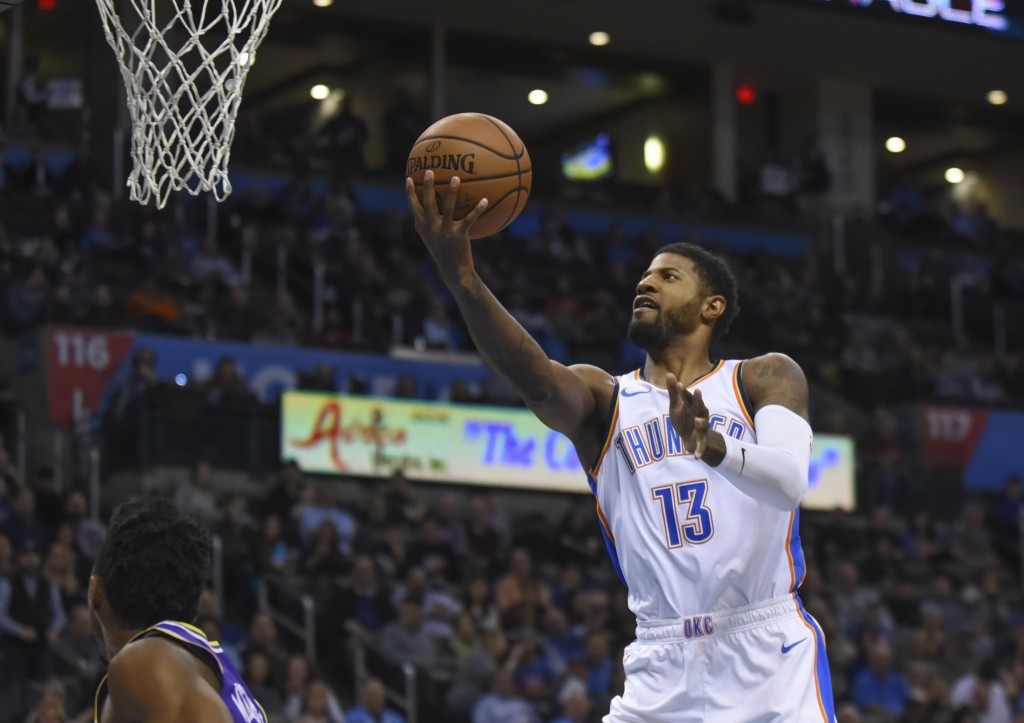 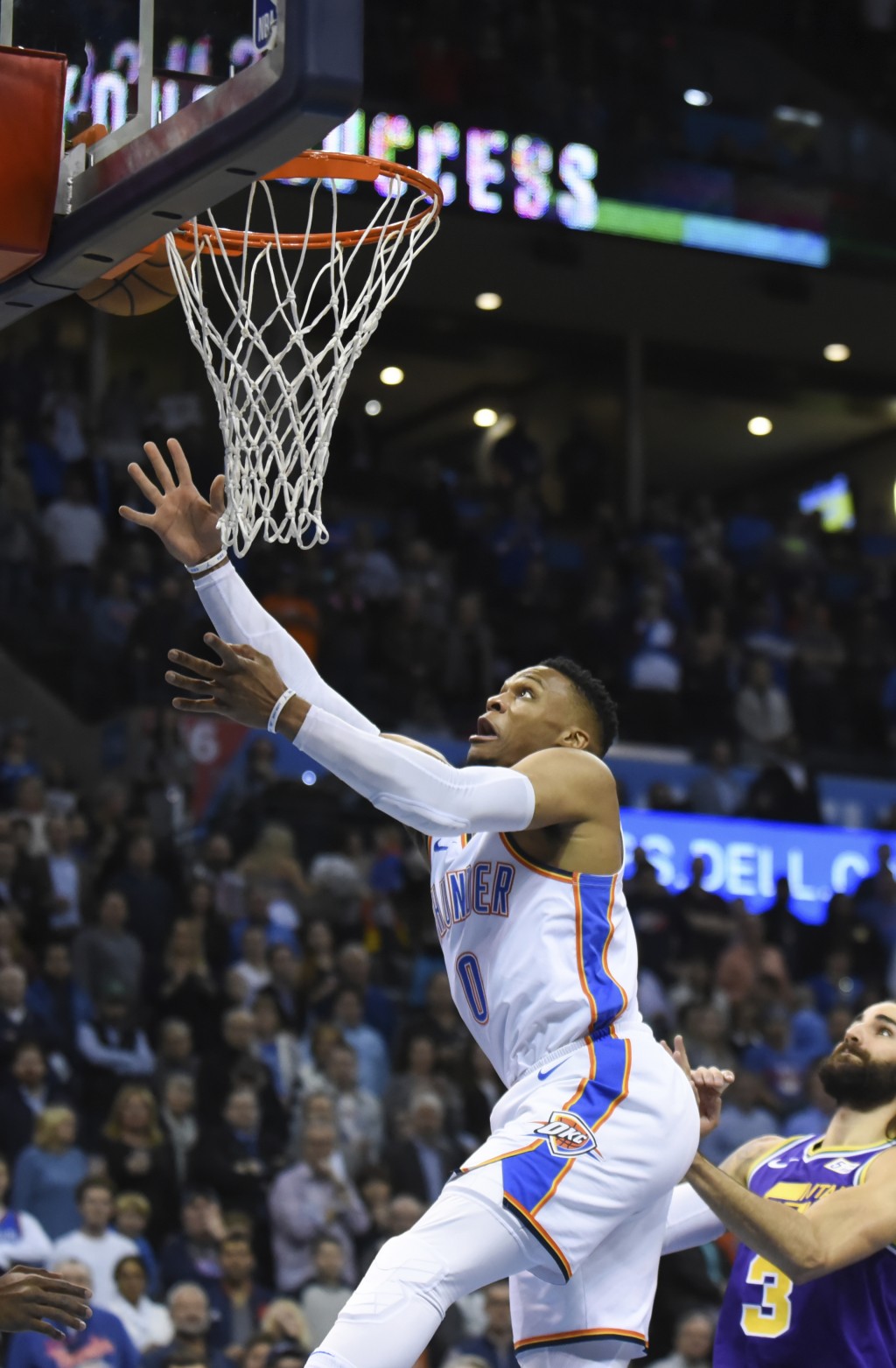 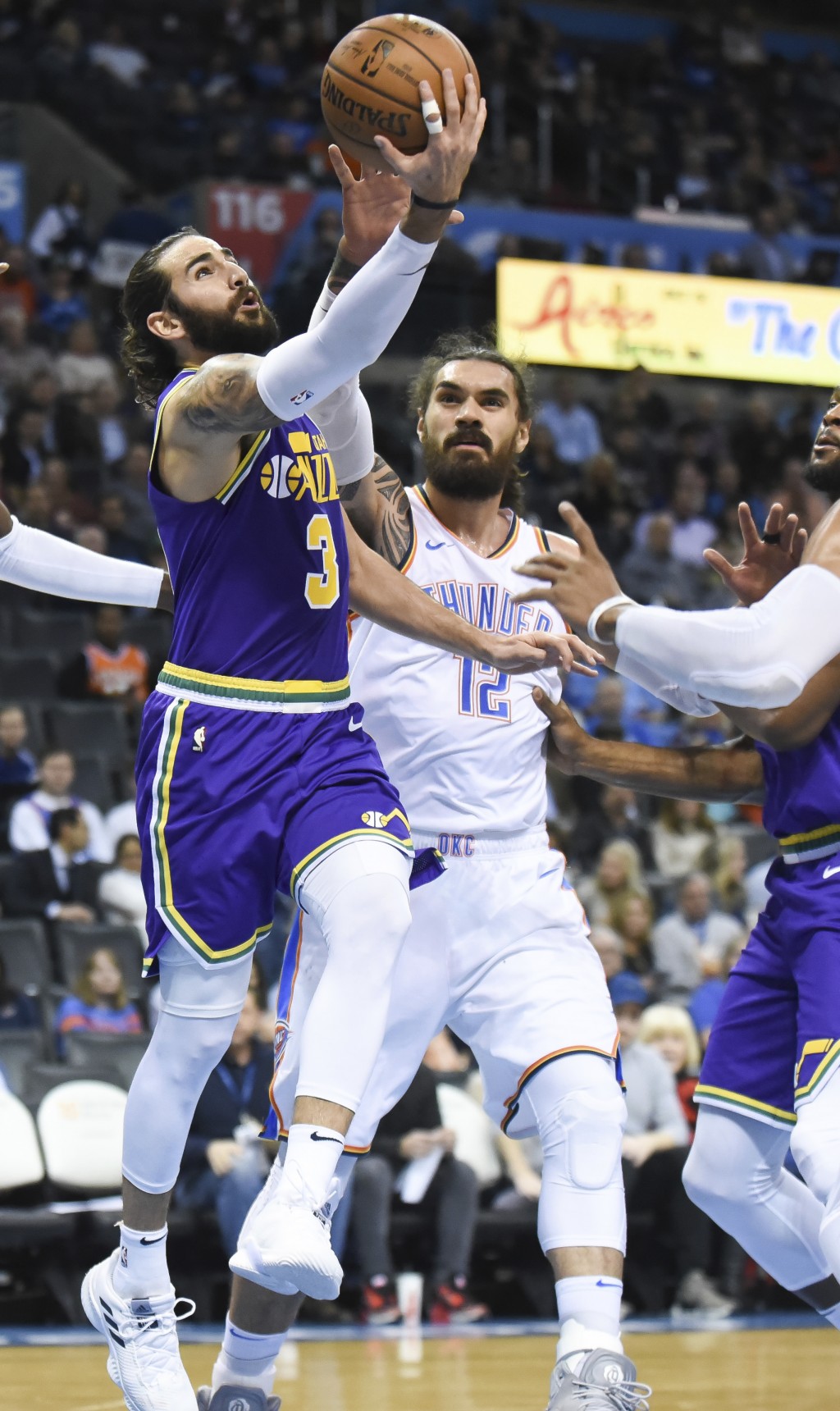 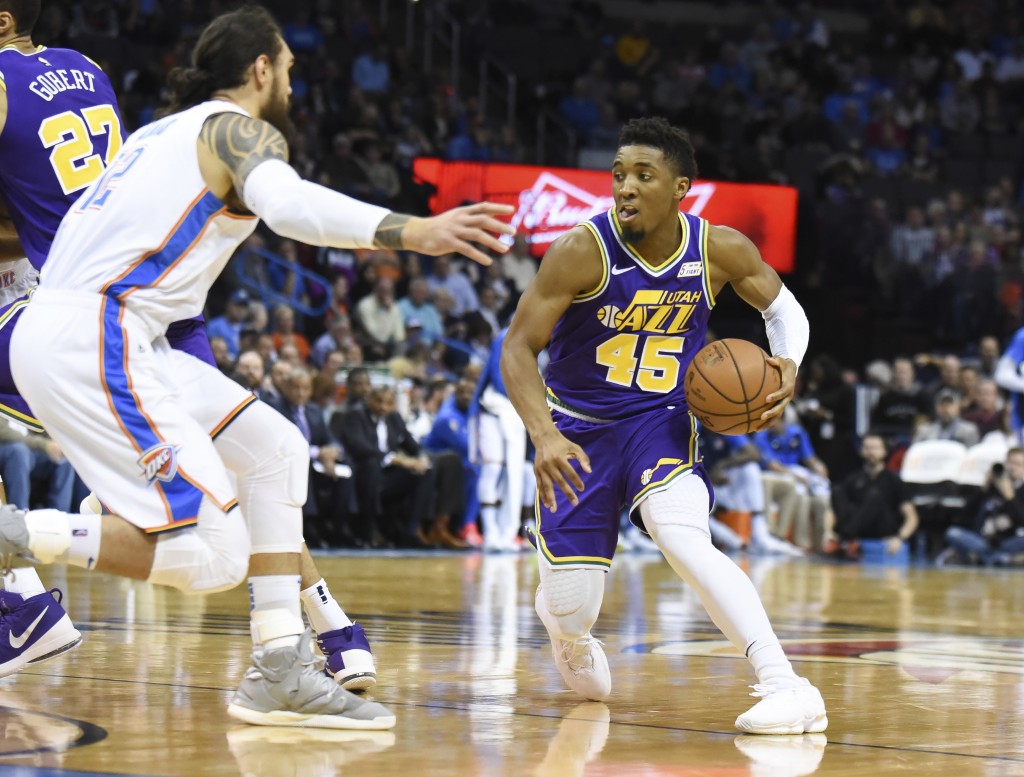 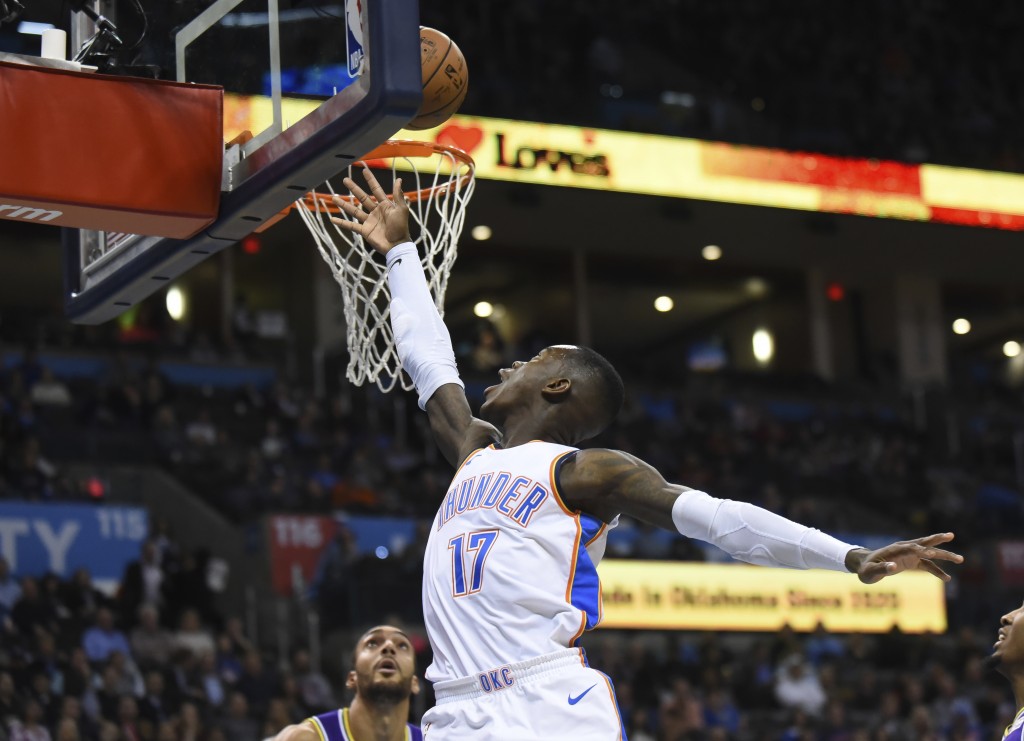 Steven Adams had 22 points in the first meeting between the Western Conference foes since the Jazz downed the Thunder in six games in the first round of last season's playoffs. Oklahoma City overcame a 4-of-18 shooting performance by Russell Westbrook, who nonetheless managed a triple-double with 12 points, 11 rebounds and 10 assists.

Oklahoma City has won 15 straight regular-season games at home against Utah, although the Jazz did beat the Thunder in Oklahoma City in Game 2 during their playoff series. The Thunder have gone 17-4 since starting this season 0-4.

Donovan Mitchell battled foul trouble much of the game but led the Jazz with 19 points, while Rudy Gobert recorded his 23rd double-double of the season with 13 points and 14 rebounds. It was the second straight lopsided road loss in two days for Utah, which fell 110-97 on Sunday at San Antonio.

The Thunder jumped to a 6-0 lead, causing Jazz coach Quin Snyder to call a timeout just 68 seconds into the game. Oklahoma City gradually built its lead to 17 points before settling for a 57-46 halftime advantage.

George, who scored 25 fourth-quarter points during a 47-point outburst in a win at Brooklyn on Wednesday, nearly reprised that performance in the third quarter.

George hit his first 3-point attempt 50 seconds before halftime, then hit his next four shots from behind the arc en route to a 17-point third quarter. That helped the Thunder build their lead to 26 points near the end of the quarter and the Jazz never seriously threatened after that, although they did cut a 29-point deficit to nine in the final minute. Reserve Epke Udoh scored 10 points in nine minutes for Utah.

Jae Crowder had 13 points and Derrick Favors had 12 for the Jazz.

Jazz: Mitchell hit a halfcourt shot at the first-quarter buzzer for his first points of the game, allowing him to avoid a second straight scoreless first quarter . Gobert was called for a technical foul with 52 seconds left in the third quarter after complaining about a foul call while trying to guard Adams . Ricky Rubio, who had averaged 18.8 points during Utah's previous eight road games, had 10 against the Thunder.

Thunder: The Thunder are 14-1 this season against sub-.500 opponents, including the Jazz, who entered the game at 13-14 . Schroder received a technical foul with 6:20 left . The triple-double was the 110th of Westbrook's career.