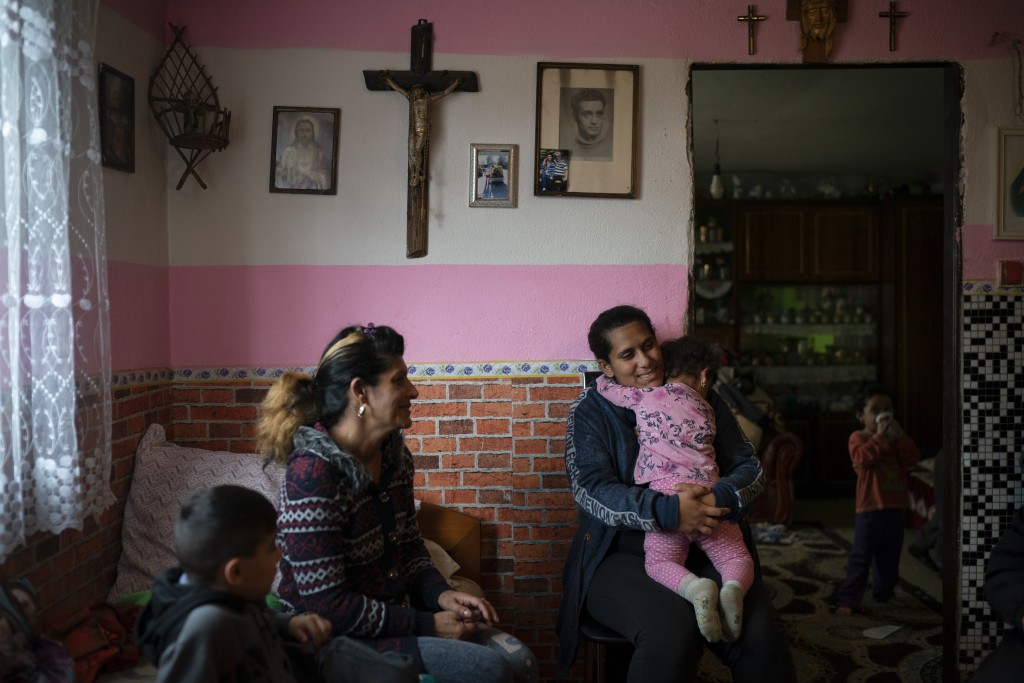 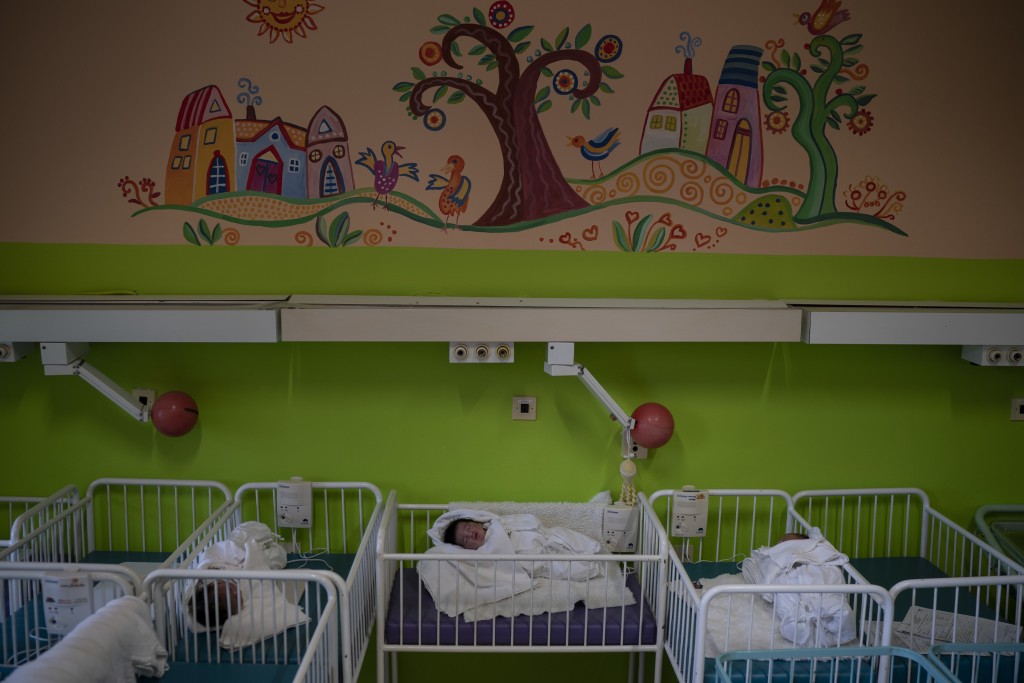 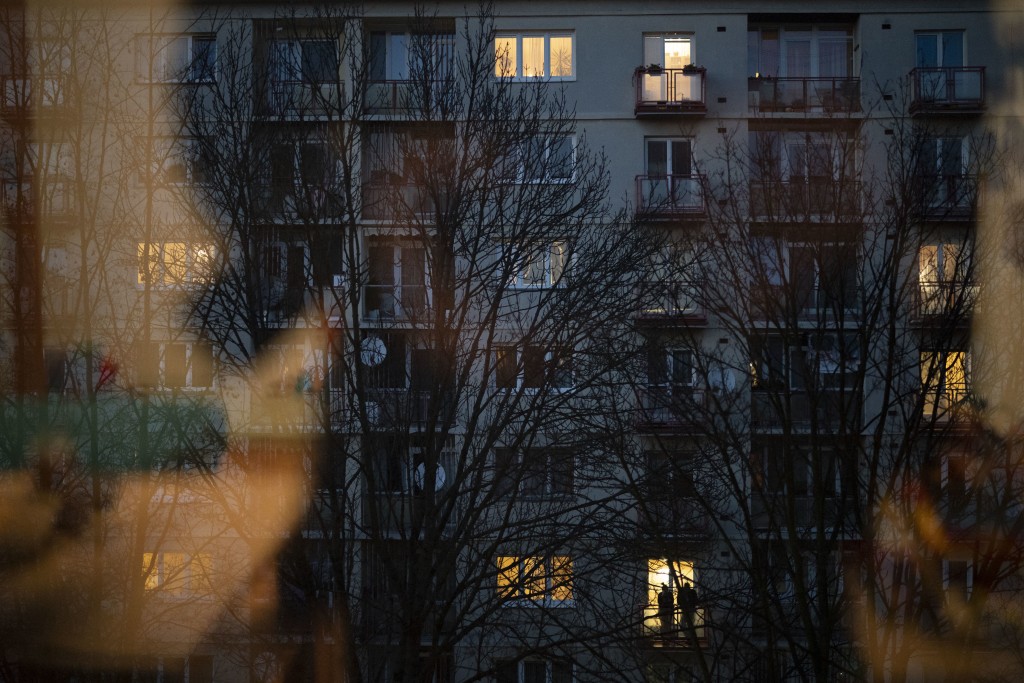 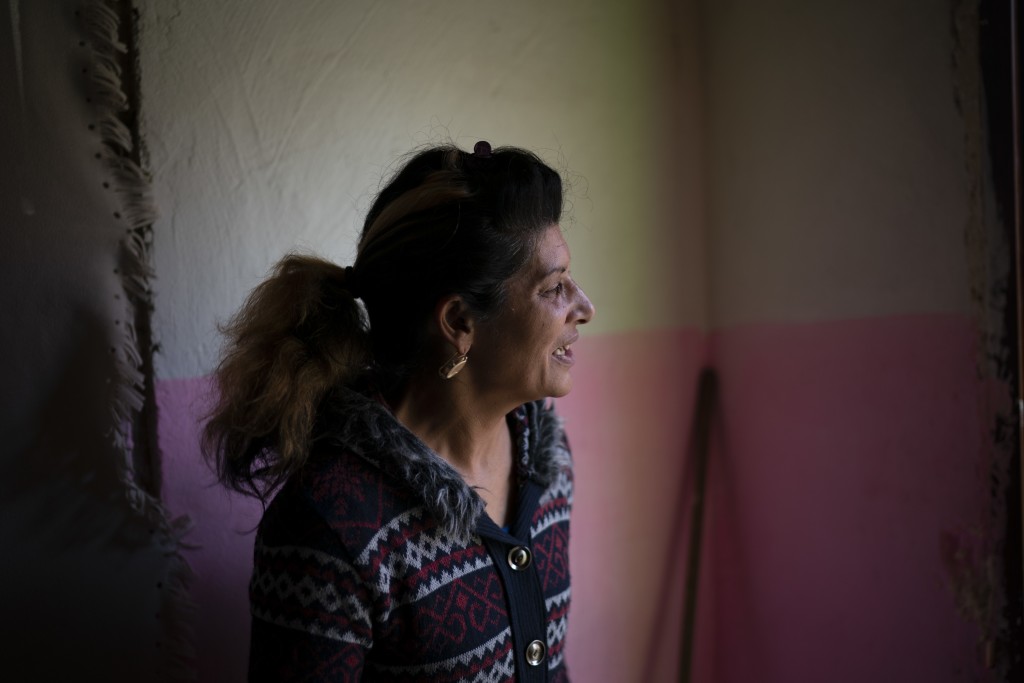 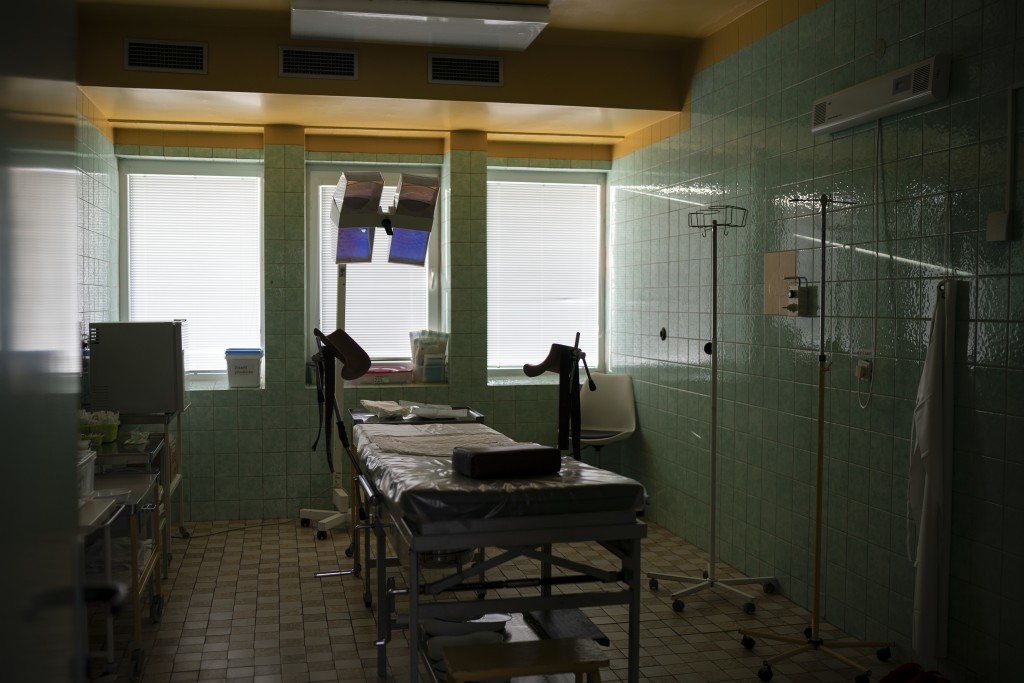 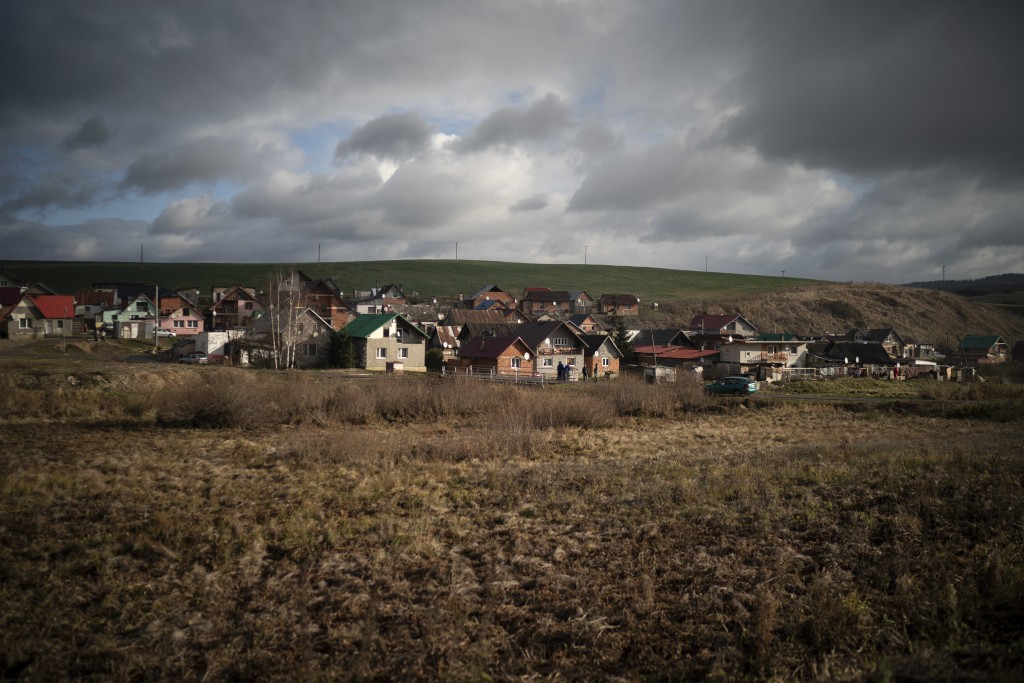 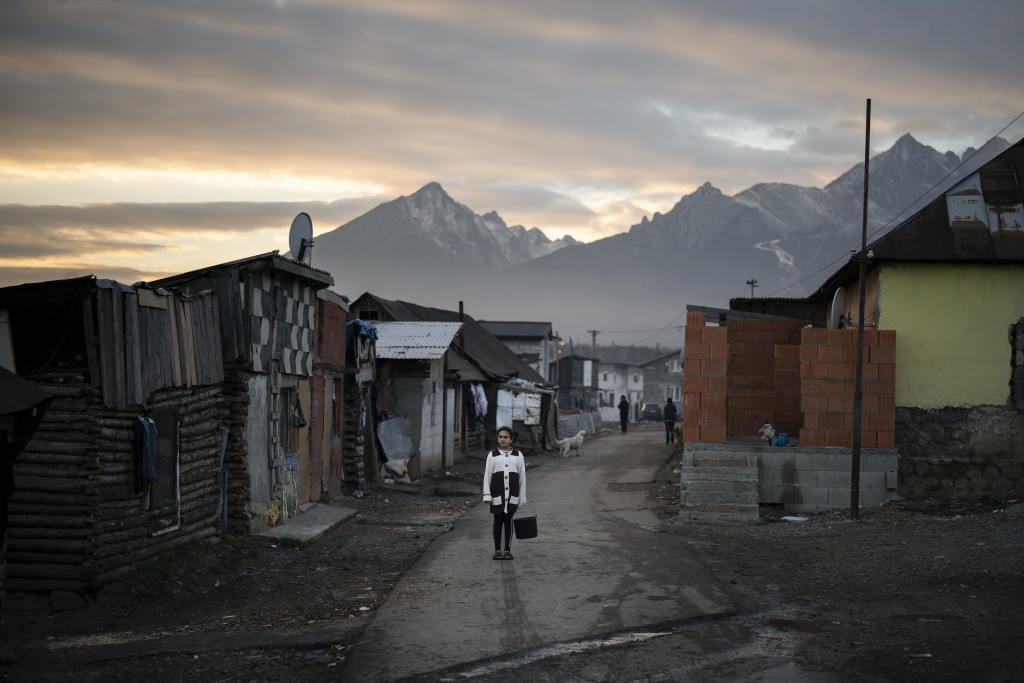 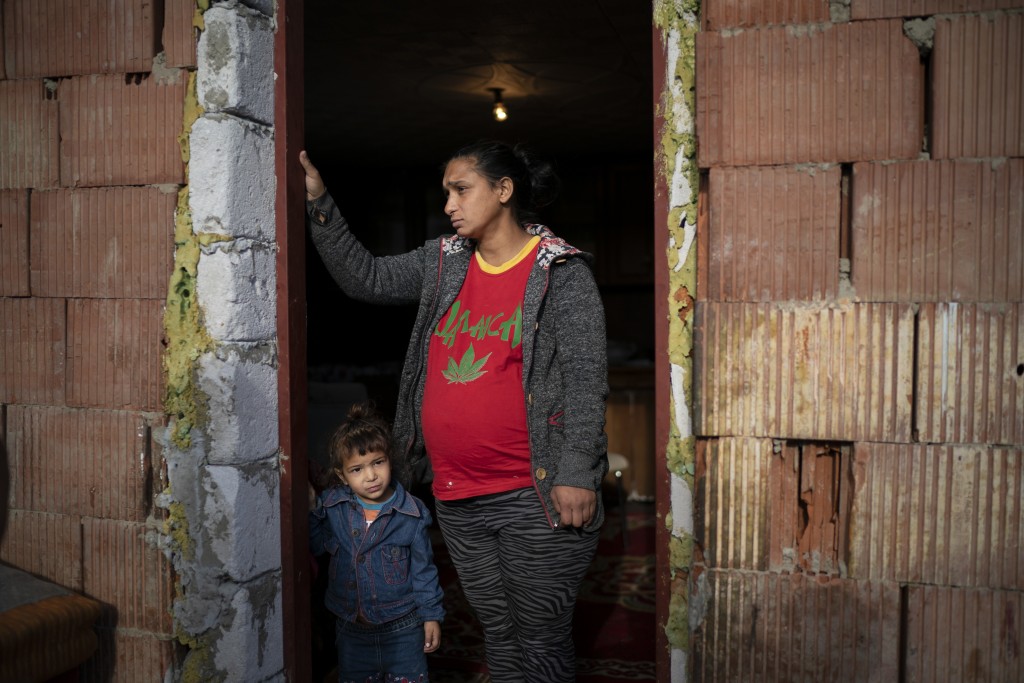 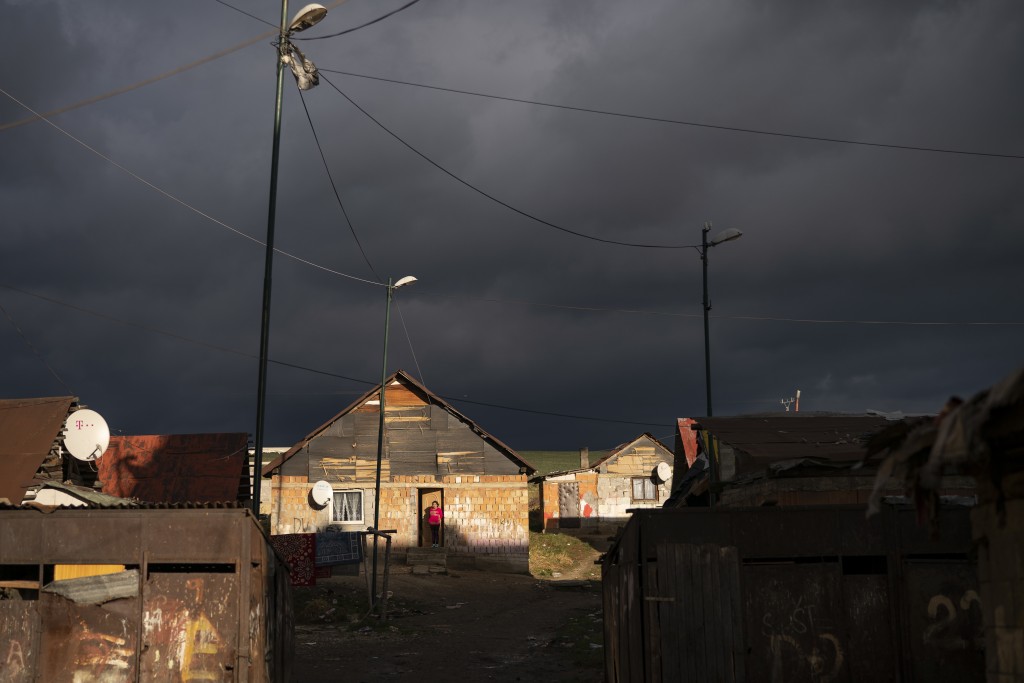 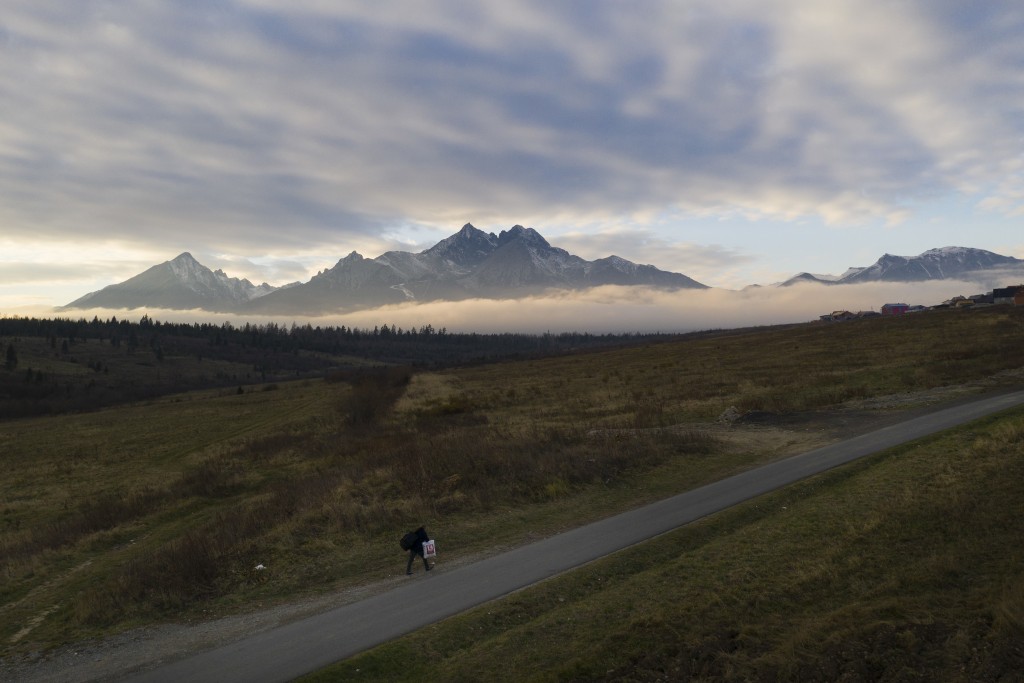 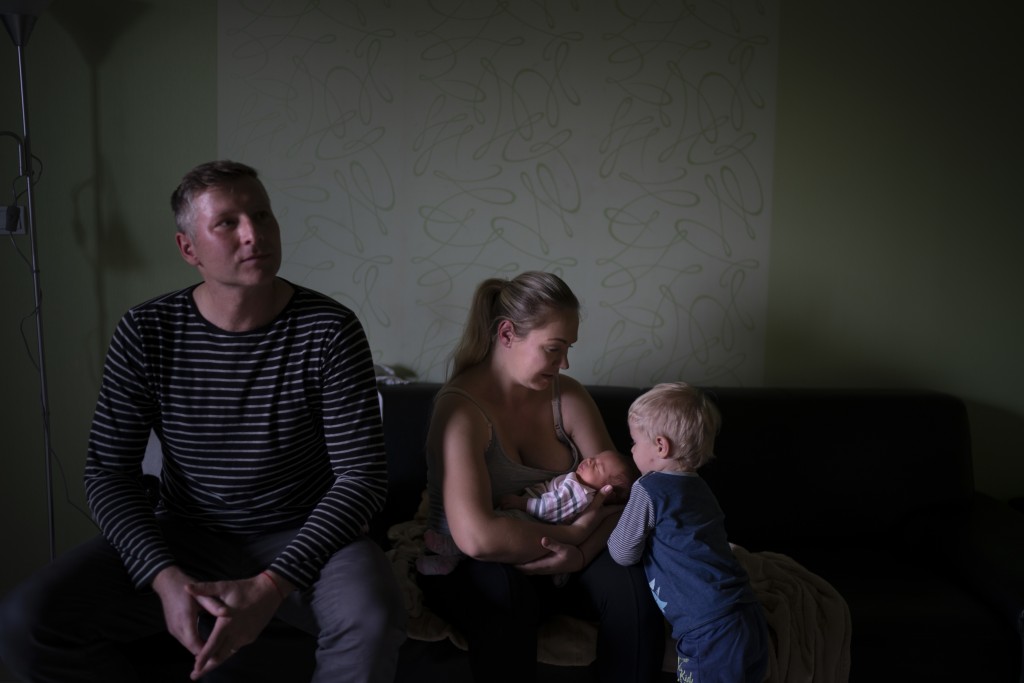 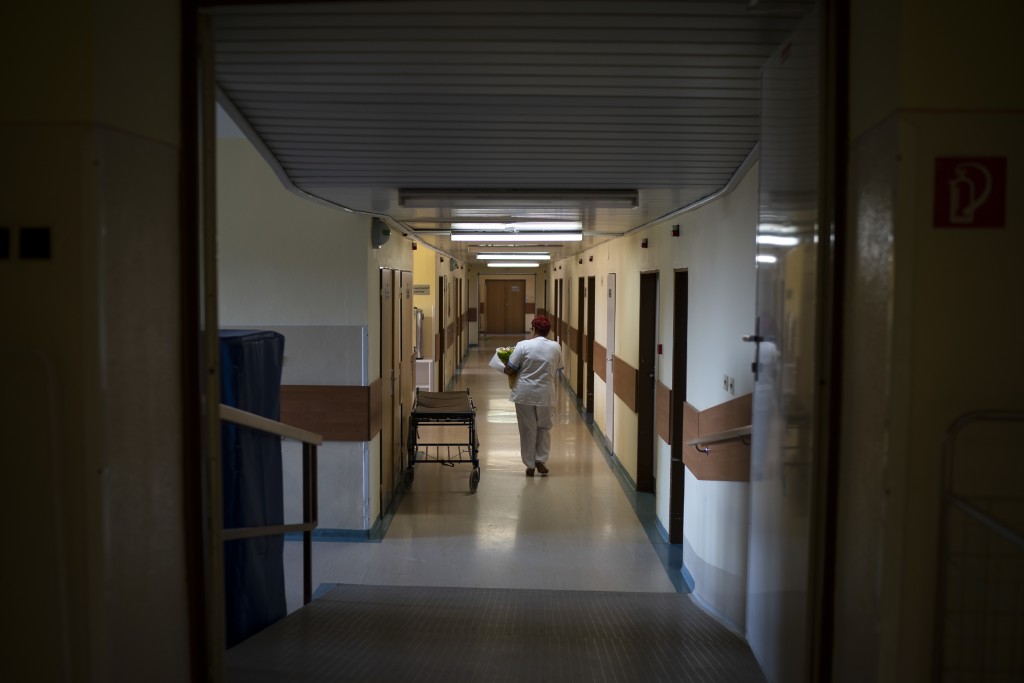 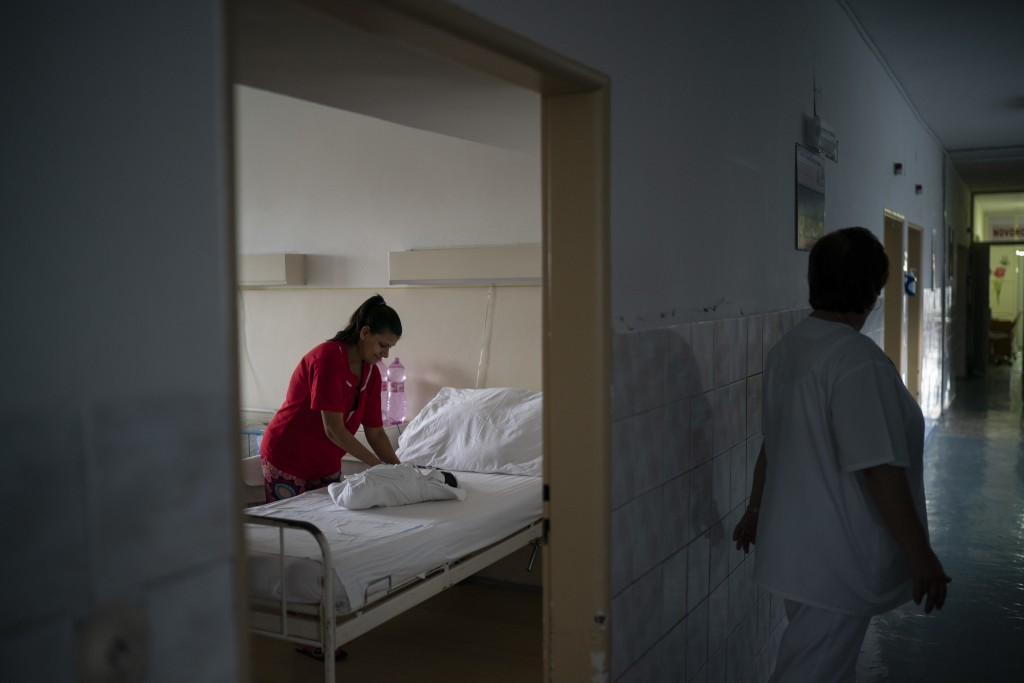 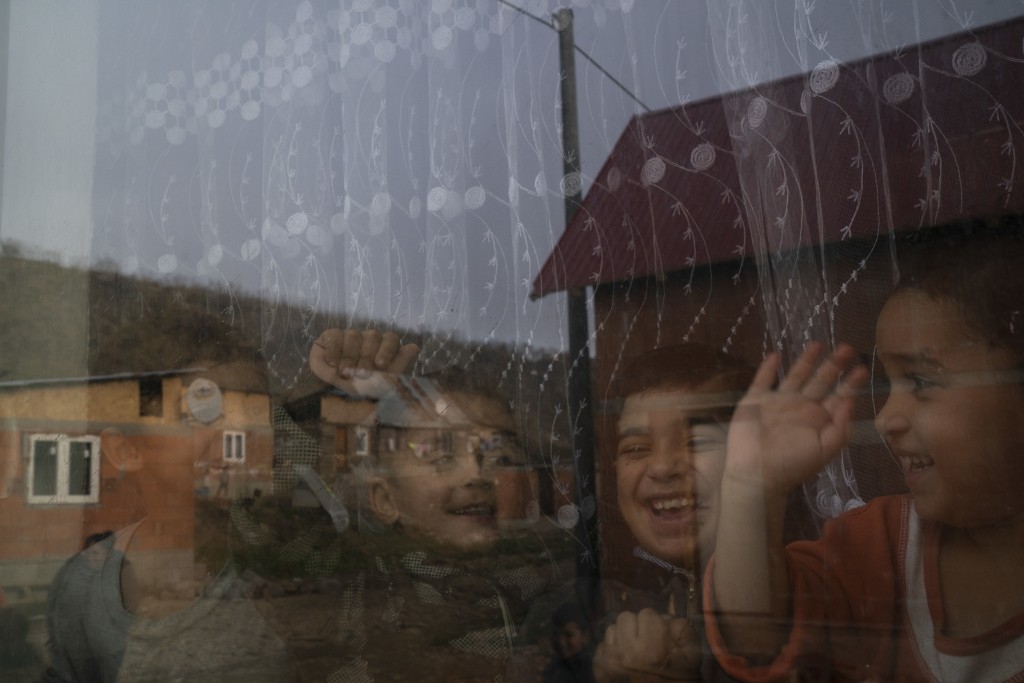 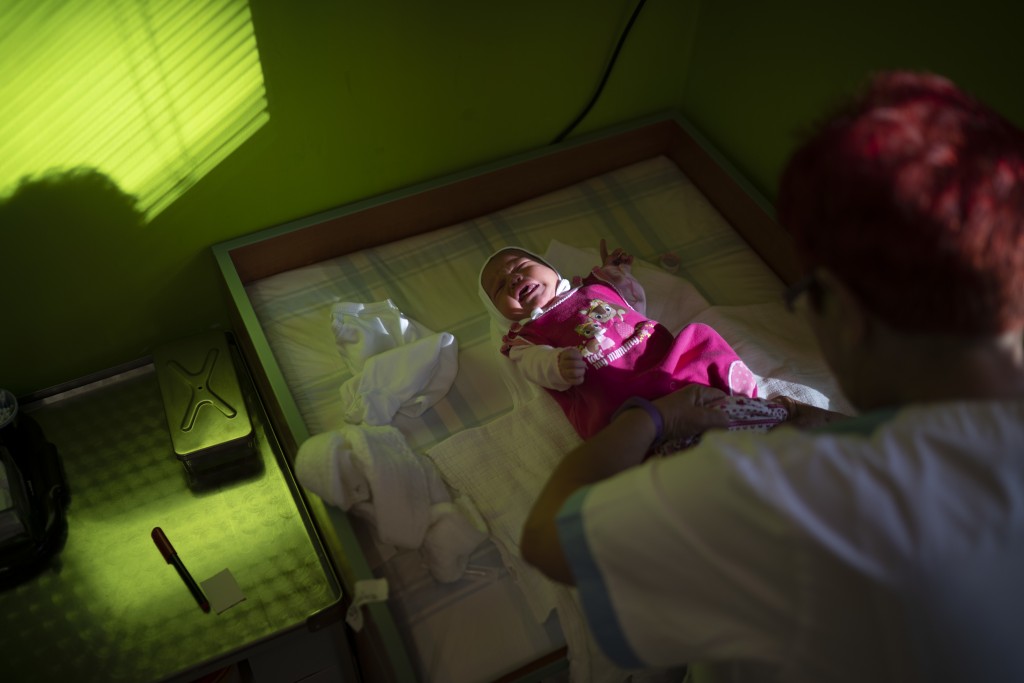 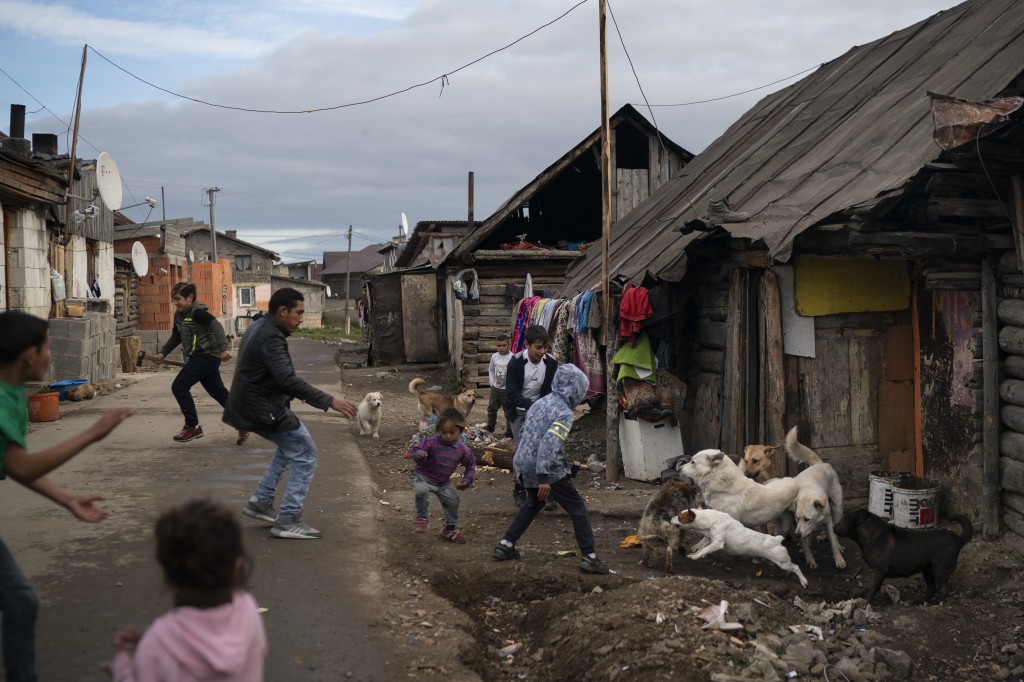 KEZMAROK, Slovakia (AP) — Monika Krcova saw no reason why she should stay in the hospital for four days after her third baby's birth — she was healthy and her family needed her at home. So she escaped.

Like many Roma, she tells horror stories about giving birth in the hospital: How doctors at the Kezmarok hospital in eastern Slovakia slapped her face repeatedly during delivery, screaming that she didn't know how to push properly. How she was subjected to racist taunts and her post-partum pain went untreated.

Krcova knew that hospital staffers would stop her and her baby if she tried to leave after two days. So she waited until visiting hours, when the doors of the maternity ward were unlocked and slipped away, alone.

Slovakia's Ministry of Health strongly recommends four-day stays for mothers and babies after birth, regardless of their health. But many hospitals — seeking insurance reimbursements — have turned that guidance into a mandate.

An investigation by The Associated Press has found that women and their newborns are routinely, unjustifiably and illegally detained in hospitals across the European Union country. Women who escape hospitals before doctors grant permission must usually leave their babies behind.

When Krcova returned to retrieve her infant a couple of days after she left, the hospital charged her 20 euros ($23) — an illegal fine.

"It felt like punishment," she said. "If you and your baby are healthy and you have to stay there, it's like prison."

In October, the APreported that hospitals in more than 30 countries illegally hold patients when they cannot pay their bills, including in Kenya, Congo, India, the Philippines and Bolivia. While there are some differences, many experts say the situation in Slovakia — which is also seen to some extent in other countries like Bulgaria and the Czech Republic — amounts to hospital imprisonment.

"Detention in African hospitals is about money, but in Slovakia it's about power," said Zuzana Kriskova, a maternal rights activist.

In the U.S., the American College of Obstetricians and Gynecologists says women with no delivery problems can be discharged with their babies after one to two days. Britain recommends women and their infants stay for at least six hours after an uncomplicated birth, but they are free to leave anytime.

Slovak doctors, however, say babies must be kept in the hospital because numerous screening tests are needed. The Ministry of Health says they are considering shortening the required period of post-birth hospitalization to three days, but that mothers "should follow the instructions of the attending physician" on issues including when they can go home.

"I know of no medical evidence to justify what's being done to women and their newborns in Slovakia," said Mindy Roseman, a global health expert at Yale Law School. "They're basically being kidnapped and unlawfully detained."

Hospitals and insurance play a central role. Dovera, Slovakia's biggest private health insurance provider, said it reimburses hospitals separately for mothers and newborns and that the minimum stay after childbirth for both is four days.

The situation weighs most heavily on Roma (also known, pejoratively, as Gypsies). Having suffered from discrimination across Europe for generations, they complain they are treated abysmally by hospitals.

Numerous Roma women told the AP they were tied up and beaten in hospitals, and shouted at during birth. Some said there were often two women and babies squeezed into a single bed.

One Roma woman tearfully told the AP that when she escaped from Kezmarok hospital after giving birth to twins four years ago, she got sick and couldn't retrieve them for 10 days. By that time, the institution had given away her baby boy and girl to an orphanage. She has not seen them since and would not give her name, afraid the hospital would refuse to treat her family. Maria Lumkova, a Roma health assistant, said there are usually about three such cases every year in the village where she works.

Alzbeta Siva, a spokeswoman for Kezmarok hospital, said Roma babies left in the facility can be sent to an orphanage, but only "rarely." She acknowledged that nurses do occasionally strike Roma women during delivery. "Sometimes there are cases like that, but very few," she said.

At the Kezmarok hospital in mid-November, four out of 17 newborns were still being detained after their mothers absconded.

Some doctors said Roma women were taking advantage of the situation. Dr. Jozef Adam, head of obstetrics at the university hospital in Presov, said Roma women worry their husbands will be unfaithful: "They run away to be with their men. They know their babies will be taken care of here so they leave them."

Even white, privileged Slovak women complain they have been imprisoned by hospitals.

When Renata Kupcova Kazimirova tried to take her newborn daughter home two days after her birth in early November, she and her husband clashed repeatedly with hospital staffers. Doctors threatened to call the police if the couple left with their newborn.

"They told my husband: 'There is no way this baby is leaving,'" Kazimirova said. She and her infant ultimately stayed the mandatory four days.

Jarmila Noskova, a Roma woman now pregnant with her seventh child, says she cried for days every time she was forced to remain in the hospital after birth, terrified the hospital would alert the police if she left.

"I was told to stay in the hospital," she said. "And so I endured it for my baby."

Karel Janicek in Prague contributed to this report.