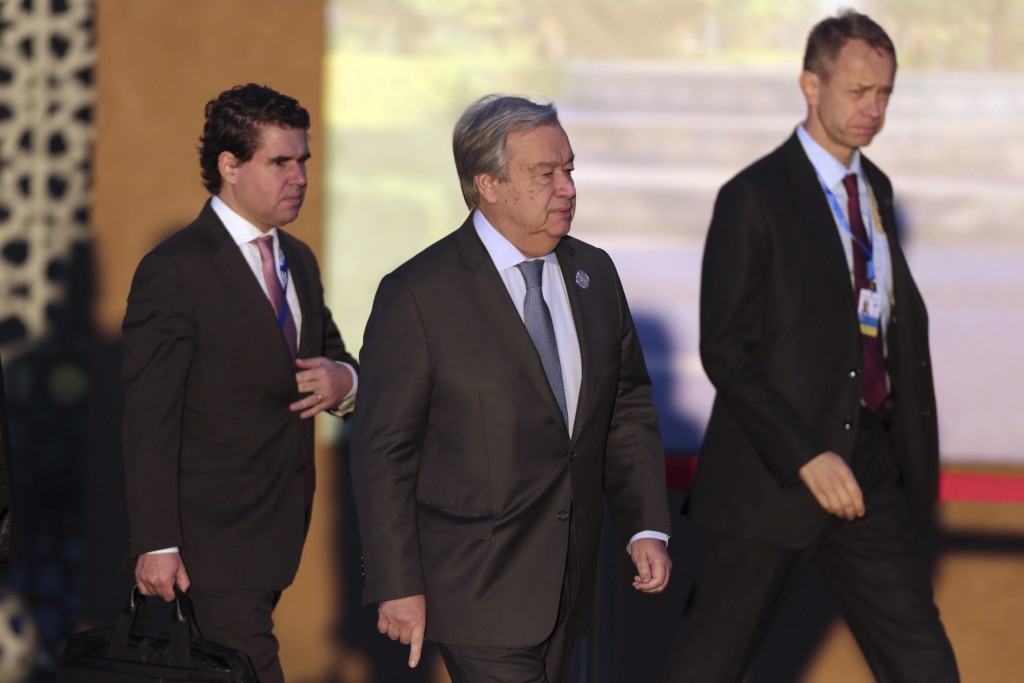 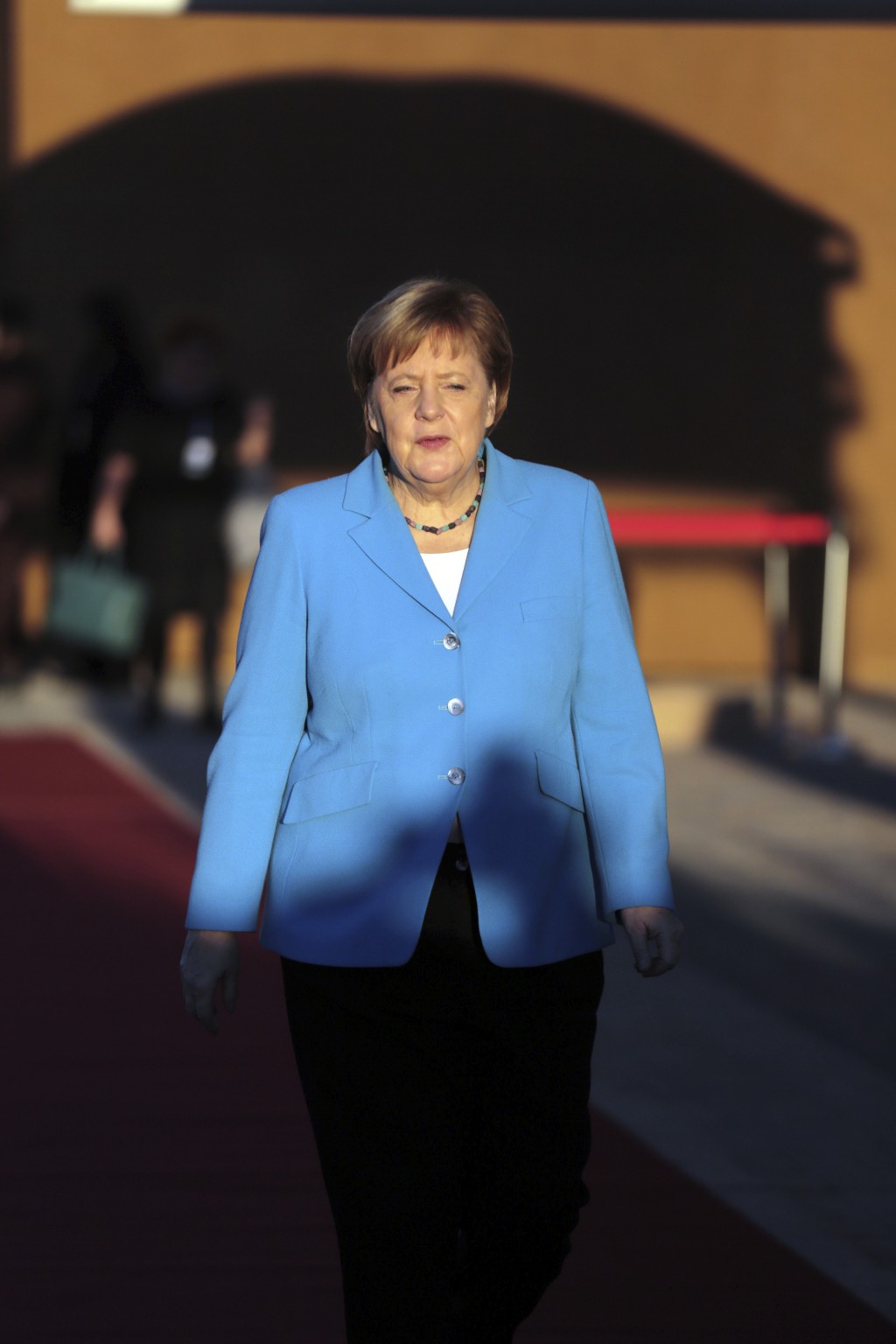 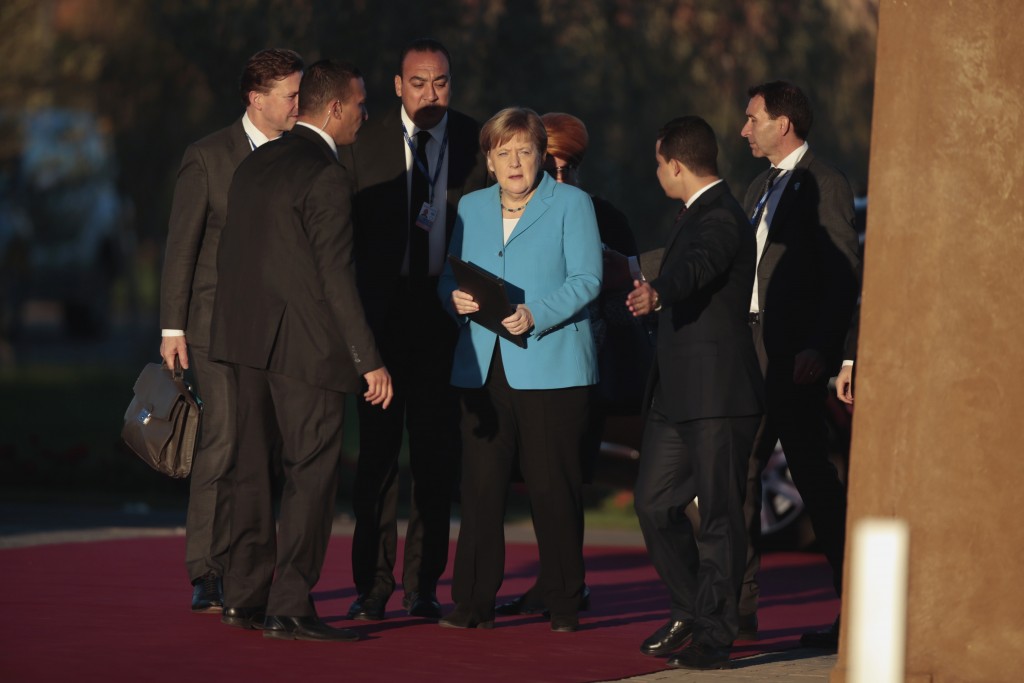 MARRAKECH, Morocco (AP) — The Latest on the U.N. migration conference (all times local):

United Nations Secretary-General Antonio Guterres has sought to dispel "falsehoods" and "myths" over an international agreement on safe, humane and orderly migration.

The U.N. chief spoke at the start of a two-day international conference about the "Global Compact on Migration," moments before about 150 countries were set to agree to it by acclamation. The United States and at least seven other countries have pulled out amid concerns about migrant flows and national sovereignty.

Guterres called the compact a "road map to prevent suffering and chaos" aimed to benefit everyone. He said over 60,000 migrants have died on the move since 2000, calling that "a source of collective shame."

He said the pact won't allow the U.N. to impose migration policies on member states and is not a legally-binding treaty. He said most migration is not from the South to the "global North," but among states in the south, and added that it was not true that developed countries don't need migration.

Guterres said he hoped that countries not present would join one day.

Top U.N. officials and government leaders from about 150 countries are uniting around an agreement on migration, while finding themselves on the defensive about the non-binding deal amid criticism and a walkout from the United States and some other countries.

The Global Compact for Migration has proven a test for globally minded policymakers who want to ensure safe and orderly migration of people displaced by issues like war, economic necessity and climate change.

They have run into stiff political headwinds, mostly in parts of the West that want national borders to remain sacrosanct.

German Chancellor Angela Merkel joins U.N. Secretary-General Antonio Guterres among the biggest names in Marrakech for the two-day conference that is set to agree, but not sign, the compact by acclamation shortly after the opening Monday.