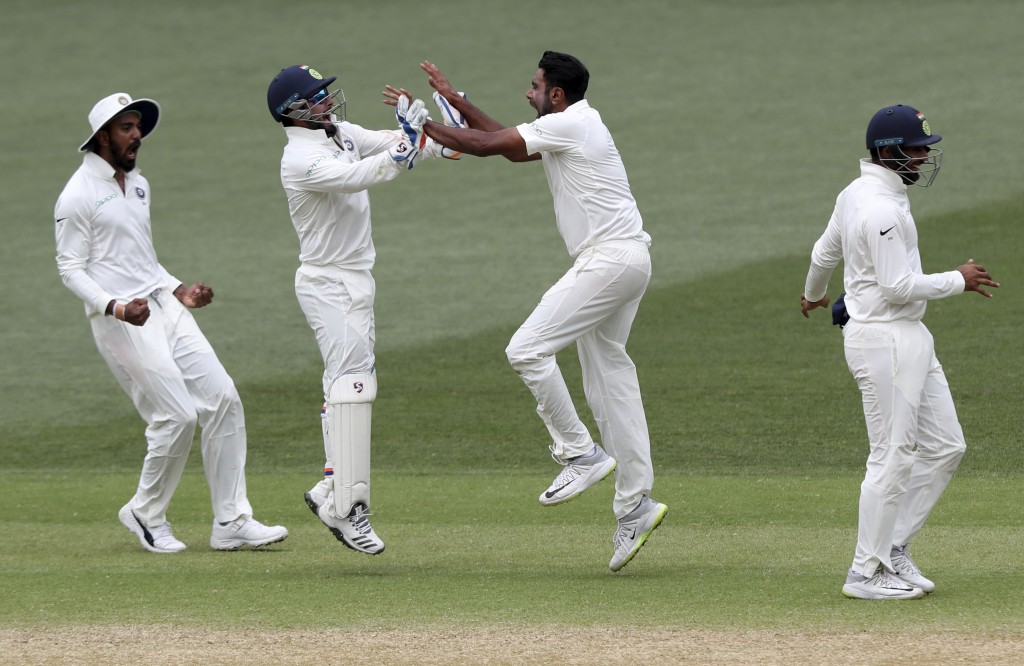 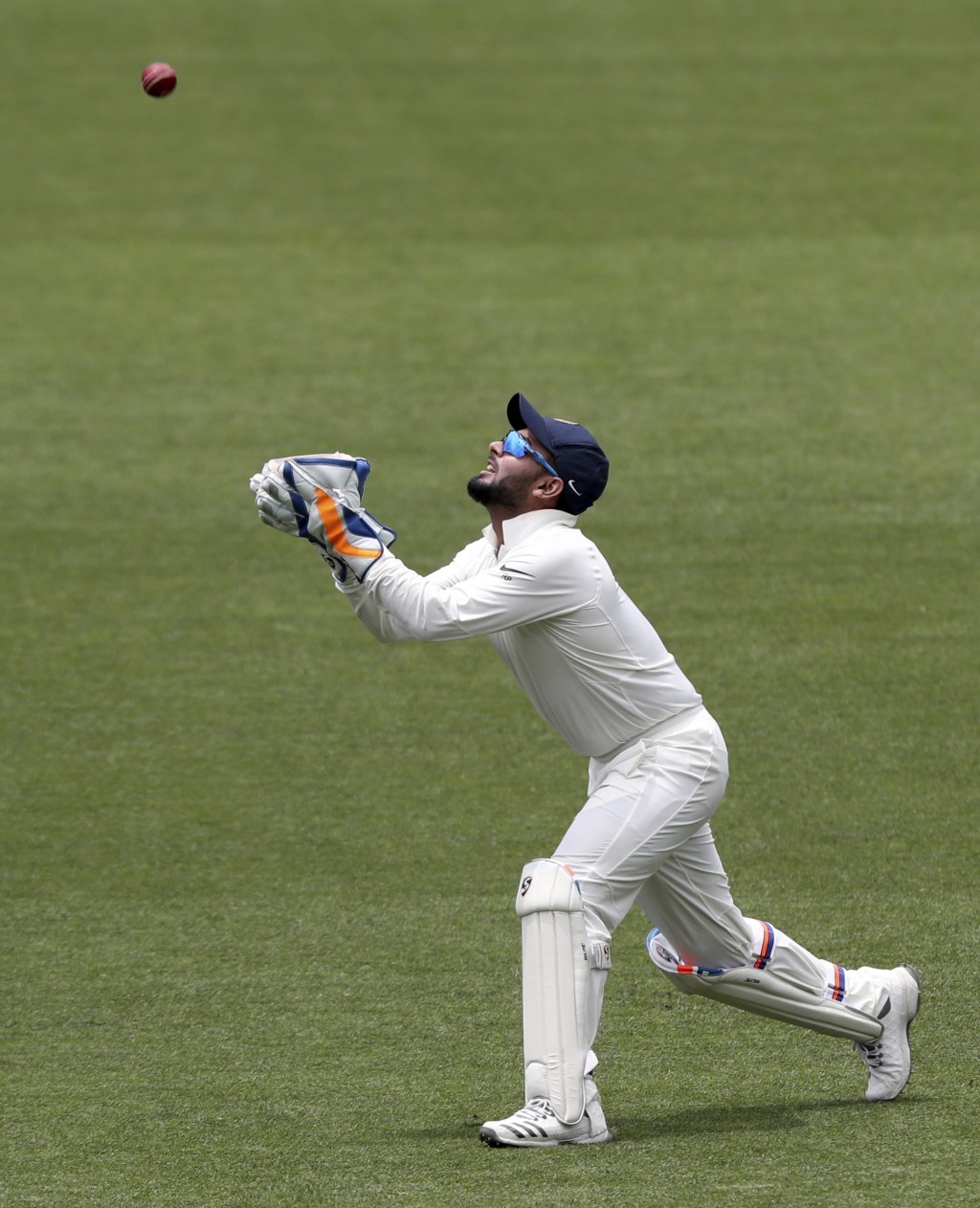 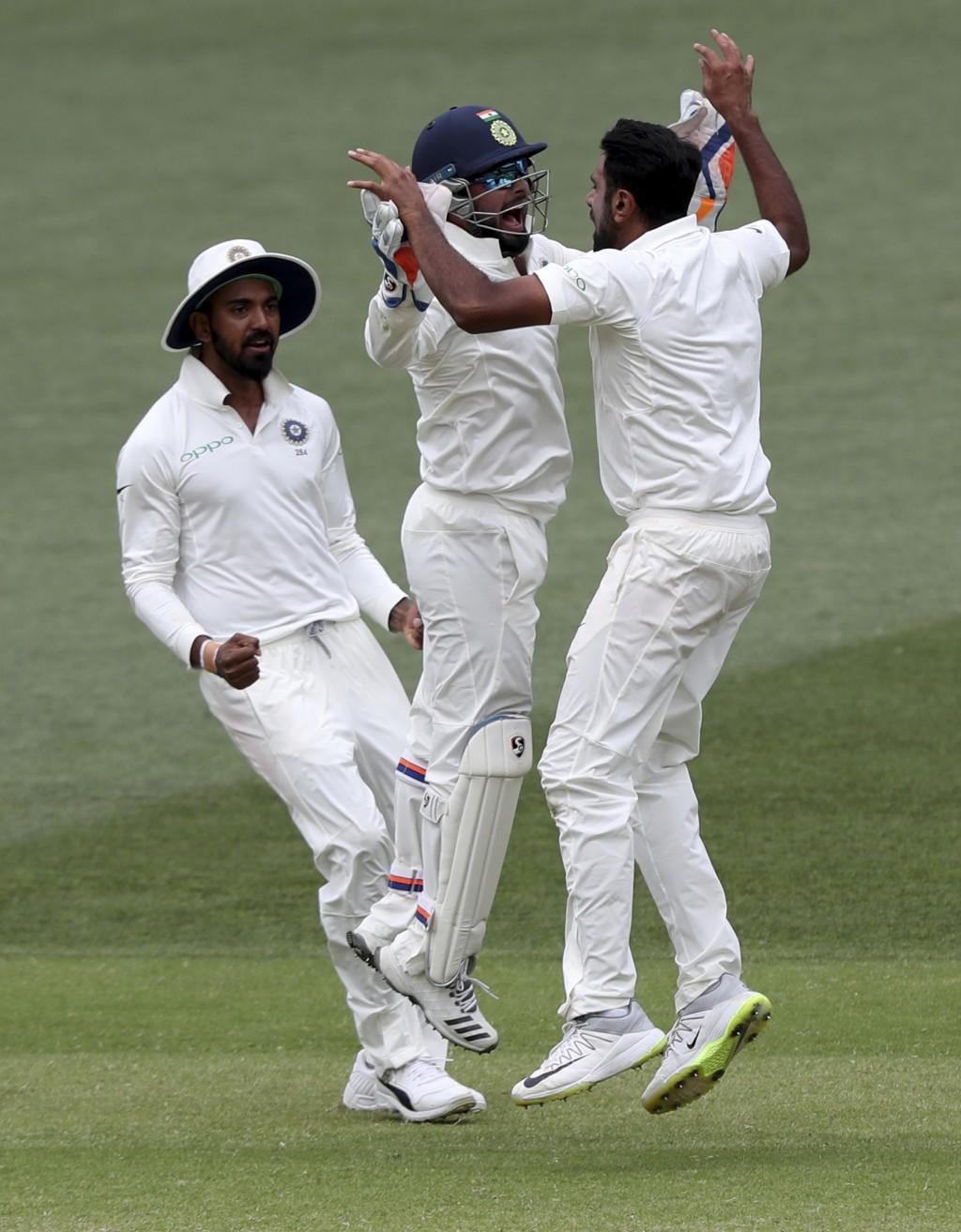 ADELAIDE, Australia (AP) — Rishabh Pant had a world record in his grasp as he helped India to a drought-breaking win in Australia, but he had to settle for a share of it.

The 21-year-old Pant equaled the test record for wicketkeepers with 11 catches in India's 31-run victory at the Adelaide Oval on Monday, gloving six in Australia's first innings and five in the second to join former England 'keeper Jack Russell and South Africa's AB de Villiers.

Pant could have broken the record had he not dropped Nathan Lyon late in Australia's second innings, after diving full-stretch to his right.

He has now taken 31 catches in six tests, alleviating pressure after his place in the side had been under heavy scrutiny.

The left-hander models his aggressive batting on Australia great Adam Gilchrist, whose best haul in a match during his 96-test career was 10 catches. Pant's dashing batting was on display in India's second innings, where he made a whirlwind 28 off 16 balls — including 18 in one over — but his dismissal triggered a collapse of five wickets for 25 runs in 10 overs. That left Australia needing 323 for victory, which was unlikely but not impossible.

"We don't want to take the fearlessness away from his game," India assistant coach Sanjay Bangar said of Pant's approach to the game. "I think with time he will learn to mix caution with aggression. For someone who is just starting his career, he is exciting."

Captain Virat Kohli praised India's bowling attack of Ravi Ashwin and the three pacemen for providing so many chances for Pant and the fielders.

"The four bowlers picking up 20 wickets in a test away from home, with a ball that doesn't offer much, is something we can be proud of," he said.

India has never won a test series in Australia but after taking the lead in the four-match series, goes into the second test in Perth with a chance to retain the Border-Gavaskar trophy it won on home soil.