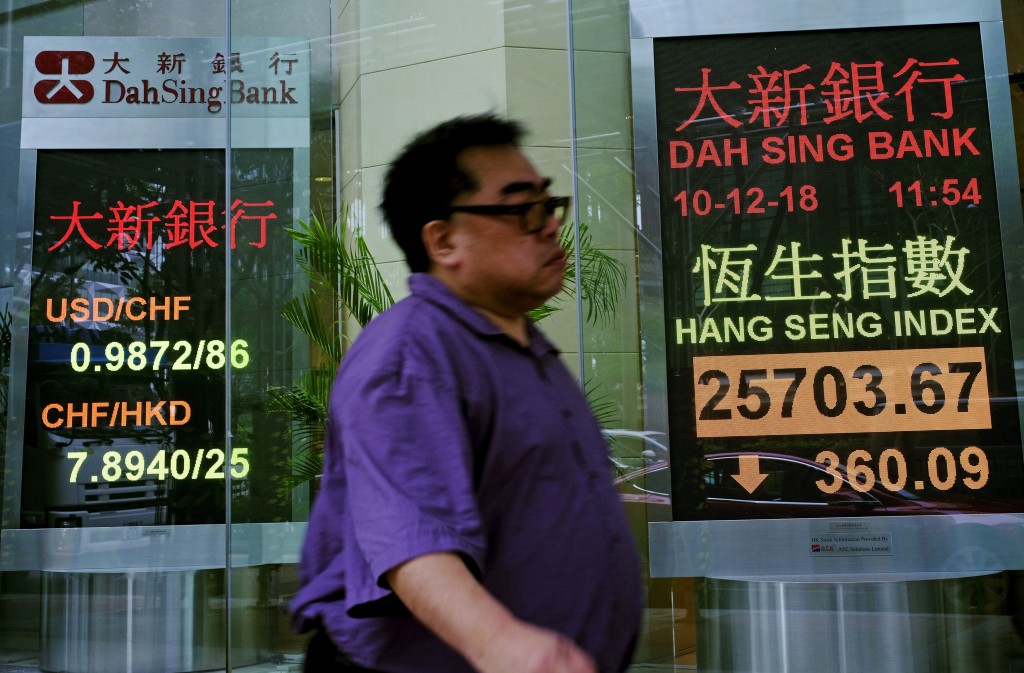 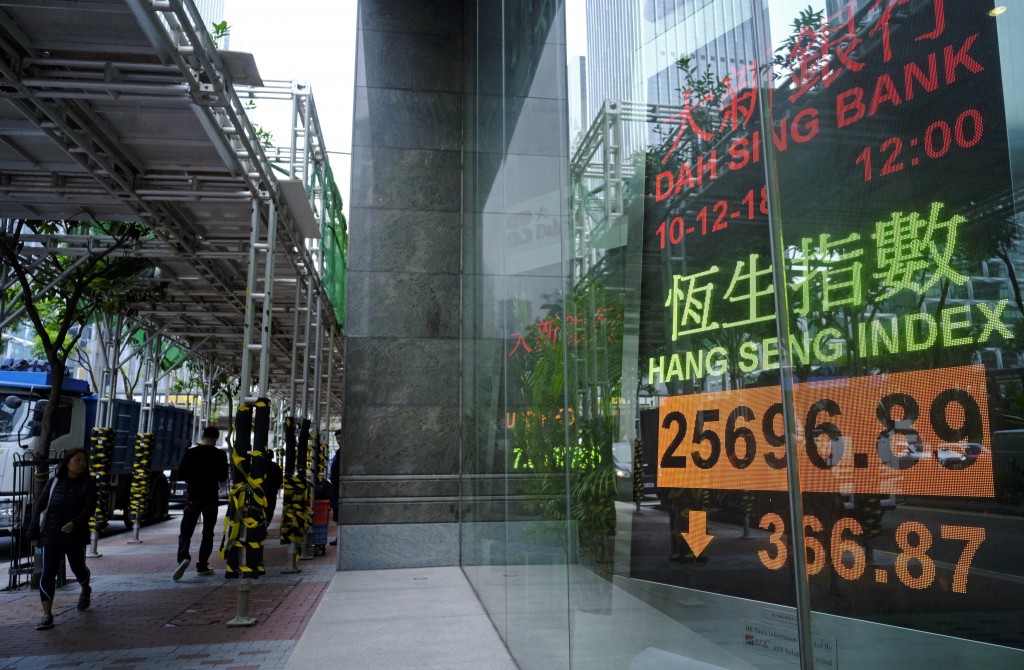 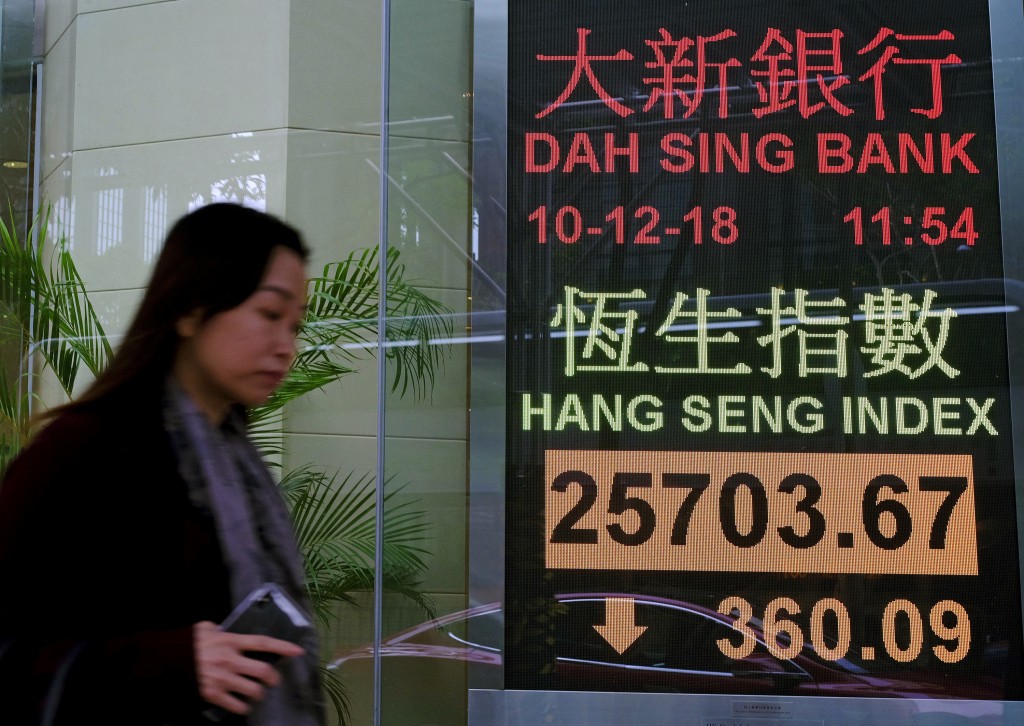 SINGAPORE (AP) — Asian markets were broadly lower Monday after China protested the arrest of a senior executive of Chinese telecoms equipment maker Huawei who is suspected of trying to evade U.S. trade curbs on Iran.

WALL STREET: Stocks tumbled on Friday on weaker-than-expected jobs growth and worries that the U.S.-China trade dispute will not be resolved within the 90-day timeframe agreed upon by President Donald Trump and his Chinese counterpart Xi Jinping. The S&P 500 index slipped 2.3 percent to 2,633.08 and the Dow Jones Industrial Average gave up 2.2 percent to 24,388.95. The Nasdaq composite tumbled 3 percent to 6,969.25. The Russell 2000 index of small-company stocks dropped 2 percent to 1,448.09.

HUAWEI ARREST: China has slammed as "extremely egregious" the detention of Huawei chief financial officer Meng Wanzhou and demanded that the U.S. cancel an order for her arrest, the official Xinhua News Agency reported on Sunday. Meng was arrested in Canada on Dec. 1. In a meeting with Terry Branstad, the U.S. ambassador to Beijing, Vice Foreign Minister Le Yucheng urged Washington to "immediately correct its wrong actions" and vowed to take further steps depending on the U.S. response, Xinhua said. The two countries recently agreed to hold off on imposing further tariffs for 90 days while they attempt to resolve a range of issues from trade to technology development.

ANALYST'S TAKE: Although the Huawei arrest "falls under the purview of independent courts, the timing of it is unfortunate and could jeopardize the truce that was just agreed," Chang Wei Liang of Mizuho Bank said in a commentary. "Markets have correspondingly responded by reducing risk on the table, waiting to assess the extent of any political fallout."

SLOWING CHINESE EXPORTS: On Saturday, Chinese customs data showed that exports rose 5.4 percent to $227.4 billion in November over a year earlier. This is a broad decline from the 12.6 percent surge in the previous month. Imports climbed 3 percent to $182.7 billion, compared with a 20.3 percent jump in October. The numbers suggest a deepening slowdown in the world's second-largest economy that could weigh on global growth.

ENERGY: Oil futures settled after the OPEC cartel and other major oil producers agreed to reduce production by 1.2 million barrels a day starting from January. The cuts will last for six months. U.S. benchmark crude fell 10 cents to $52.51 a barrel. It gained $1.12 to $52.61 a barrel in New York on Friday. Brent crude, used to price international oils, rose 35 cents to $62.02. The contract added $1.61 to $61.67 a barrel in London.