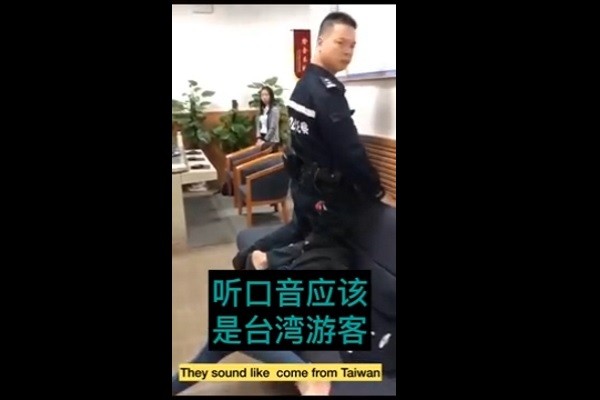 TAIPEI (Taiwan News) -- A video surfaced on Saturday (Dec. 8) of a Chinese police officer shoving his knee with all of his might onto the neck of a woman who was reportedly a Taiwanese tourist.

A video surfaced on Saturday on YouTube and Facebook showing a police officer in Shenzhen, China's Luohu District viciously shoving his knee and shin into a woman's neck as he pins her to a sofa, causing her to scream in agony. It is speculated that based on her accent and that of her friends she is a Taiwanese tourist, reported Liberty Times.

In the video, a uniformed Shenzhen police officer can be seen digging his knee into a woman's neck as she writhes in pain on a sofa. The woman attempts to wriggle away and the police officer then grabs her arm and shoves her neck back under his knee.

The man filming the incident, in what sounds like a Taiwanese Mandarin accent, asks the police officer to let the woman go, but the policeman orders him to turn off the camera and leave. A female, who also speaks in an apparent Taiwanese accent, steps into the frame and tries to pull her friend free. Finally, the policeman drags the woman by her hair to the ground, releases his grip, and tells her friend to take the woman away. The woman moans out of horror and then slowly gets to her feet.

At the end of the video, the woman shows a closeup of her face, which appears to be bruised, and says the marks on her face were the result of the police officer hitting her. She then says that she was beaten by a Chinese police officer in Shenzhen's Luohu District.

After the video was uploaded on the internet, it was widely condemned by netizens in Taiwan, China, and other areas with ethnic Chinese communities:

"All beasts deserve to die, this cop is scum."

"Chaotic state that is not fit to live in."

Video of the incident can be seen below: 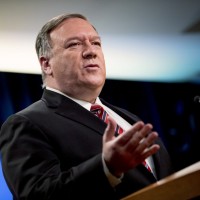