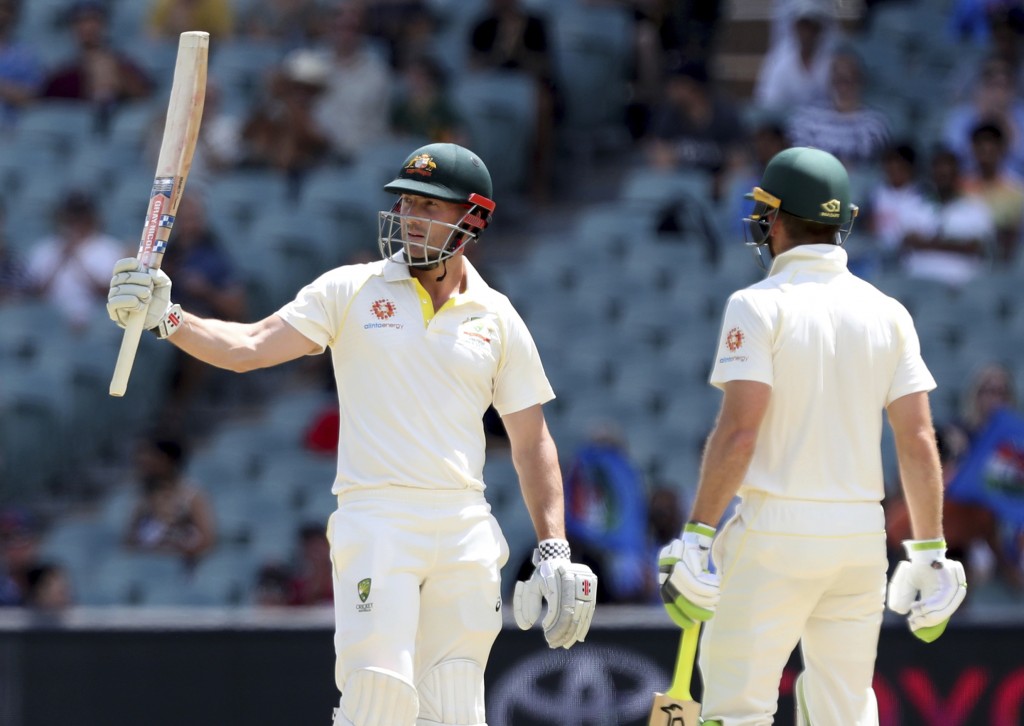 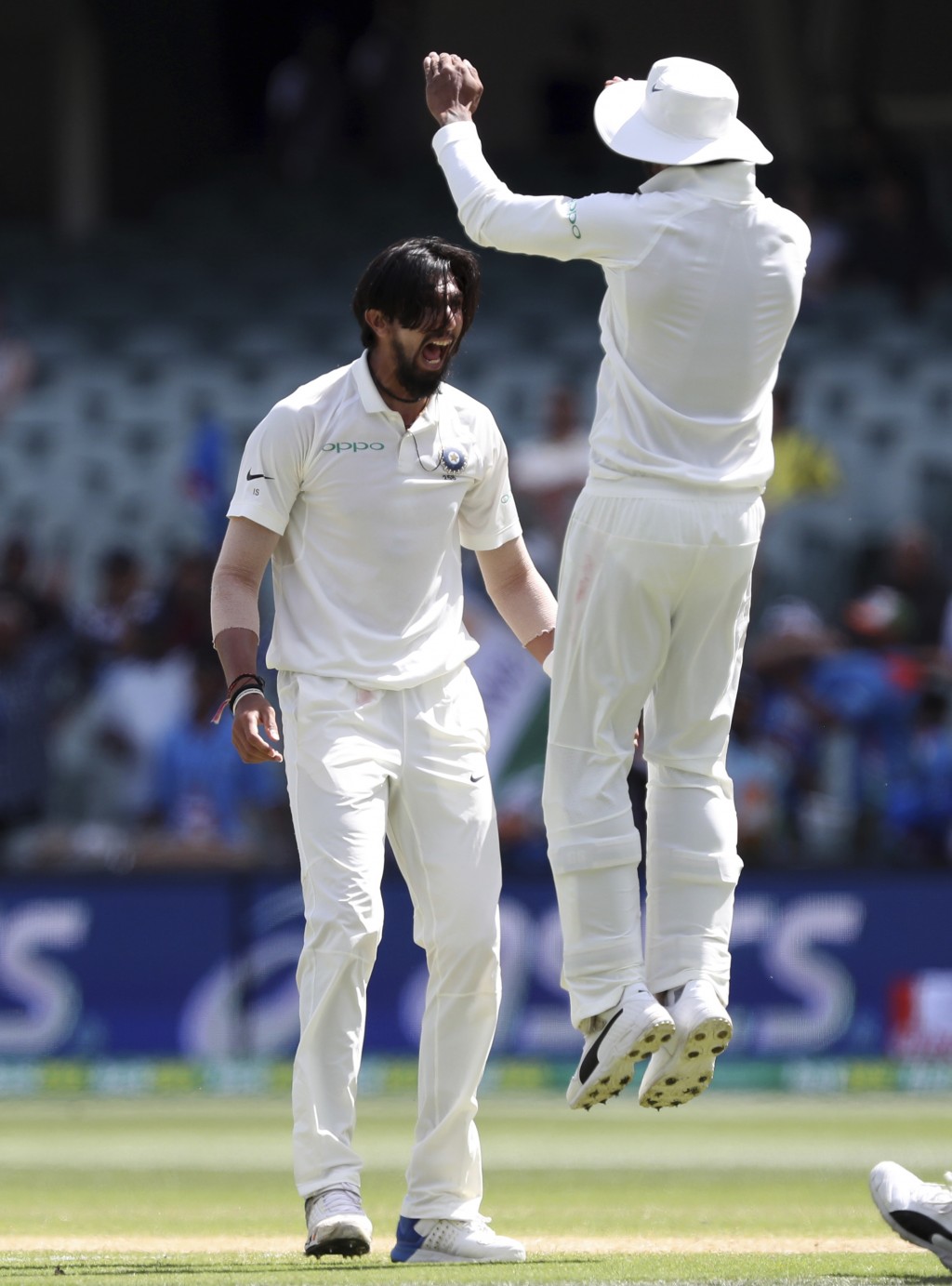 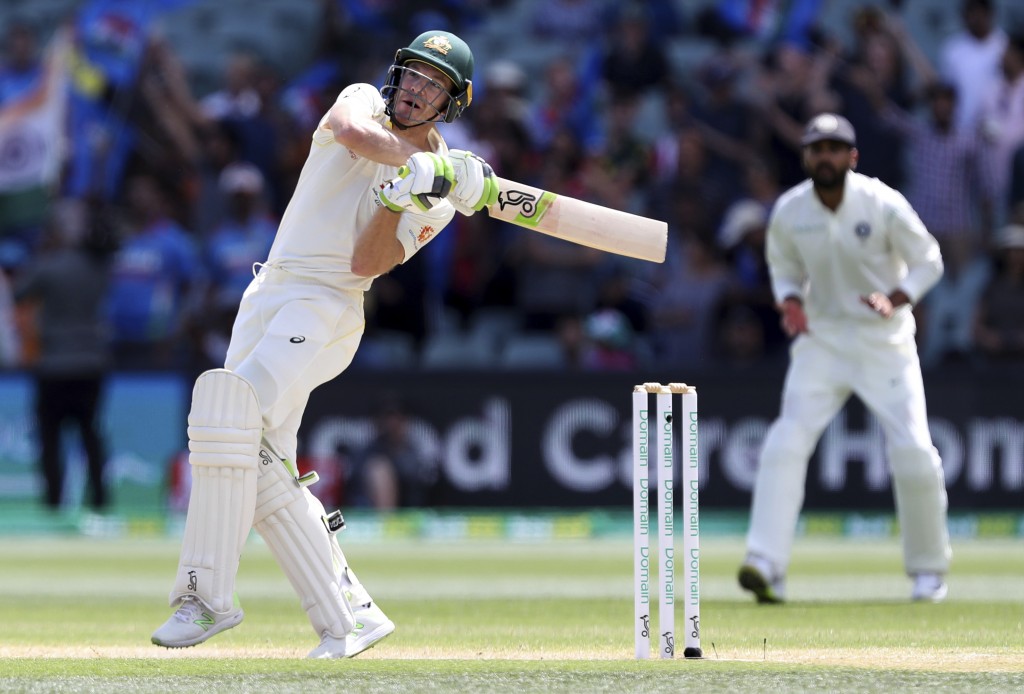 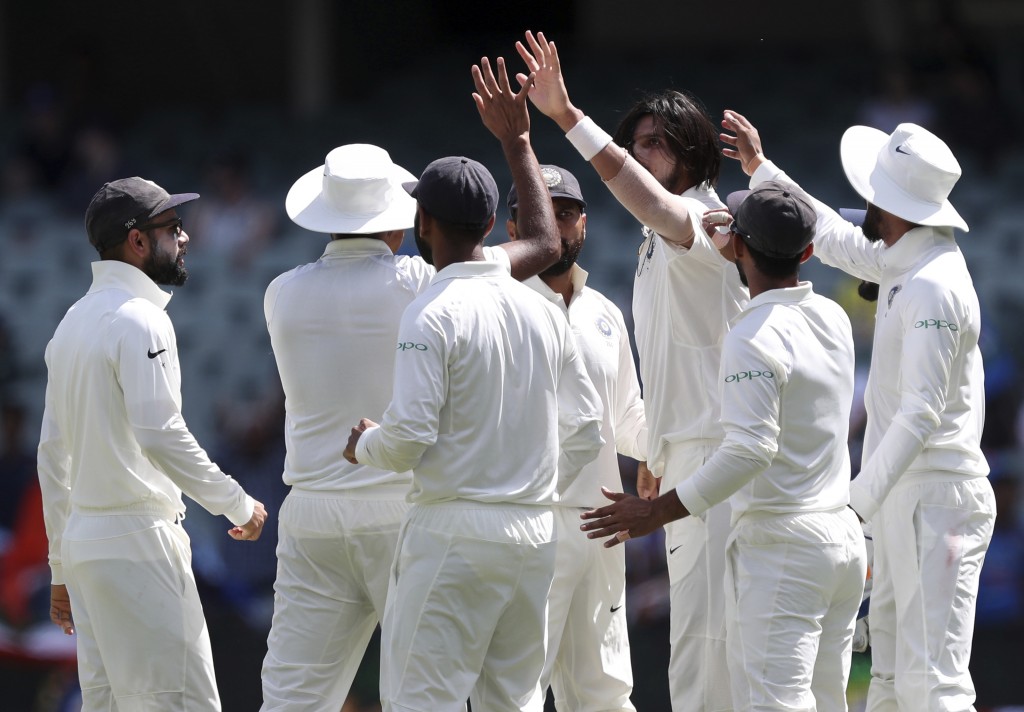 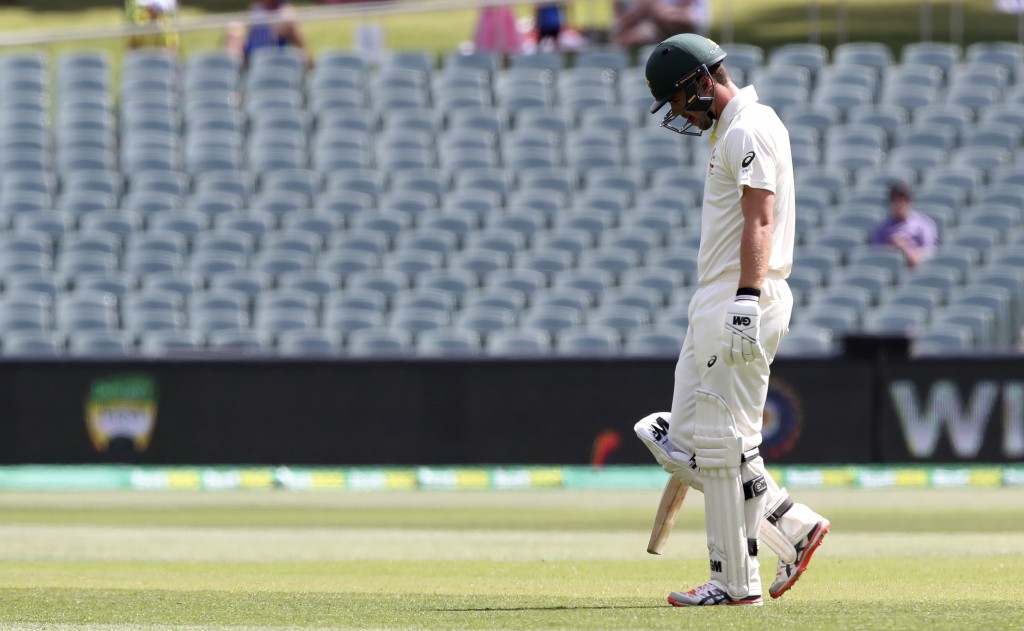 ADELAIDE, Australia (AP) — India snared the crucial wickets of Shaun Marsh and Travis Head before lunch Monday to move within four wickets of its first test match victory in Australia in a decade.

Head made 14 and the under-pressure Marsh fell for 60 from 166 balls late in the session. Cummins had a reprieve early in his innings after he was caught at short-leg off Ashwin, but the decision was overturned on review.

Play started 30 minutes early after a rain-interrupted day three, and a minimum of 98 overs were to be bowled. Australia resumed at 104 for 4 with Marsh unbeaten on 31 and Head 11.

Ashwin, the main threat, started immediately but he was not bowling into the footmarks against the left-handed batsmen.

Each run was applauded by the sparse crowd but Australia struggled against tight bowling, with the first boundary struck 40 minutes into the day's play.

India paceman Ishant Sharma broke through with a sharp bouncer, hitting the shoulder of Head's bat and getting an edge to gully.

Marsh reached a half-century with a pull to the boundary off Ashwin, his first time passing 50 in the fourth innings of a test.

The 35-year-old Marsh took a liking to Shami's bowling, elegantly working the ball around the leg-slide. His rearguard innings ended, though, when he feathered a Jasprit Bumrah delivery and was caught behind.

India has not won a test in Adelaide since 2003, when it beat a Steve Waugh-led Australia by four wickets. India's last test win in Australia was during the 2007-08 series, and it has never won a test series Down Under.

The highest successful run chase at the Adelaide Oval was Australia's 315 for six against England in 1902.