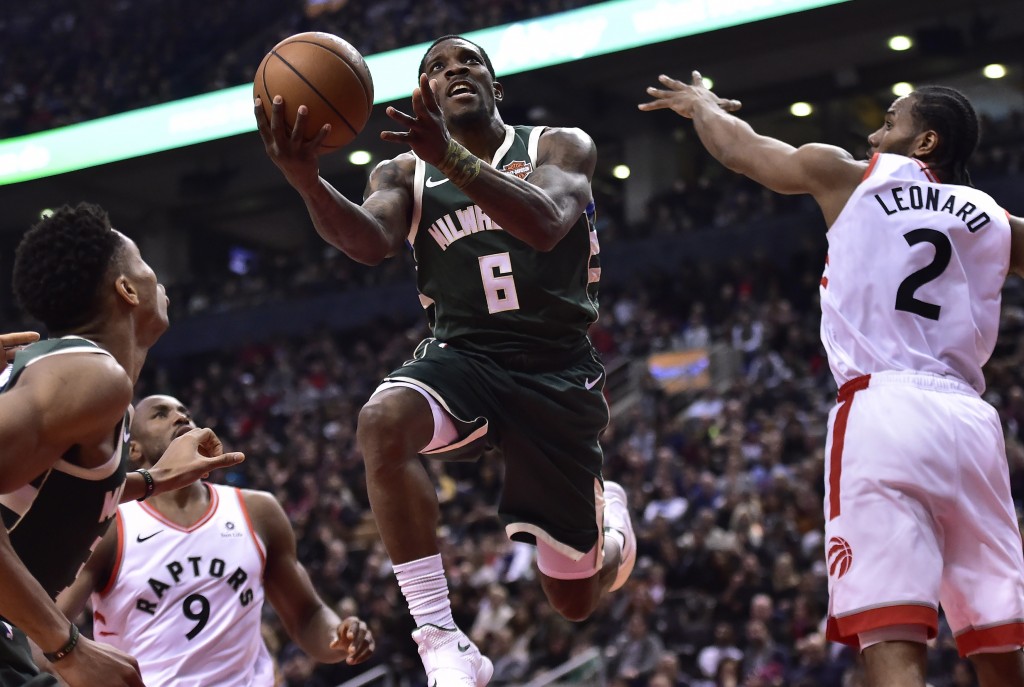 TORONTO (AP) — TORONTO (AP) — Malcom Brogdon hit tying and go-ahead 3-pointers in the final 67 seconds and the Milwaukee Bucks held on to beat the Toronto Raptors 104-99 on Sunday night.

Brogdon scored 18 points, Giannis Antetokounmpo had 19 points and matched a season high with 19 rebounds, and Brook Lopez had 19 points for the Bucks, the first team to beat Toronto twice this season.

Serge Ibaka scored 22 points and Kawhi Leonard had 20 for the Raptors, who have lost two straight, the second time this season they've suffered consecutive defeats. Toronto, which lost 106-105 at Brooklyn on Friday, dropped three straight from Nov. 12 to 16, losing at home to New Orleans and Detroit before an overtime defeat at Boston.

Fred VanVleet scored 19 points and Pascal Siakam had 17 for the Raptors, whose 21-7 record is best in the NBA.

Toronto's Kyle Lowry shot 0 for 5 and didn't score for the first time this season. Lowry led the Raptors with seven assists.

Pelicans star Anthony Davis left with a right hip injury after a first-quarter collision with Blake Griffin. Davis returned early in the third quarter, but finished with only six points — three before the injury. He also had five blocks and nine rebounds.

Griffin scored 35 points for Detroit, Andre Drummond had 23 points and 19 rebounds, and Langston Galloway added a season-best 24 off the bench.