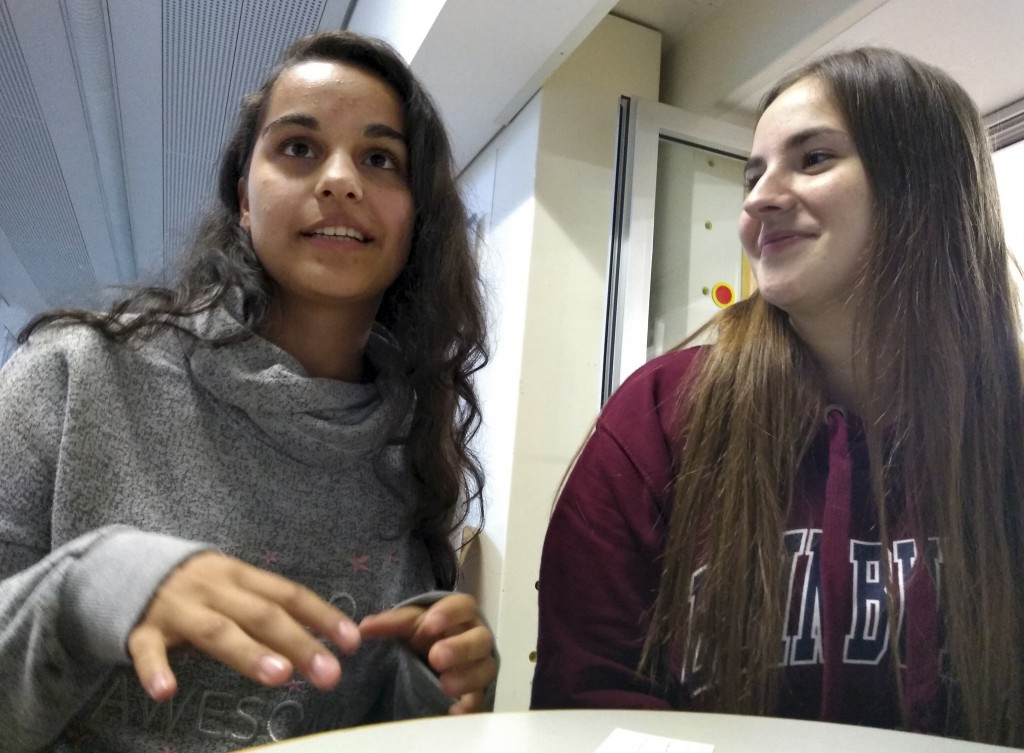 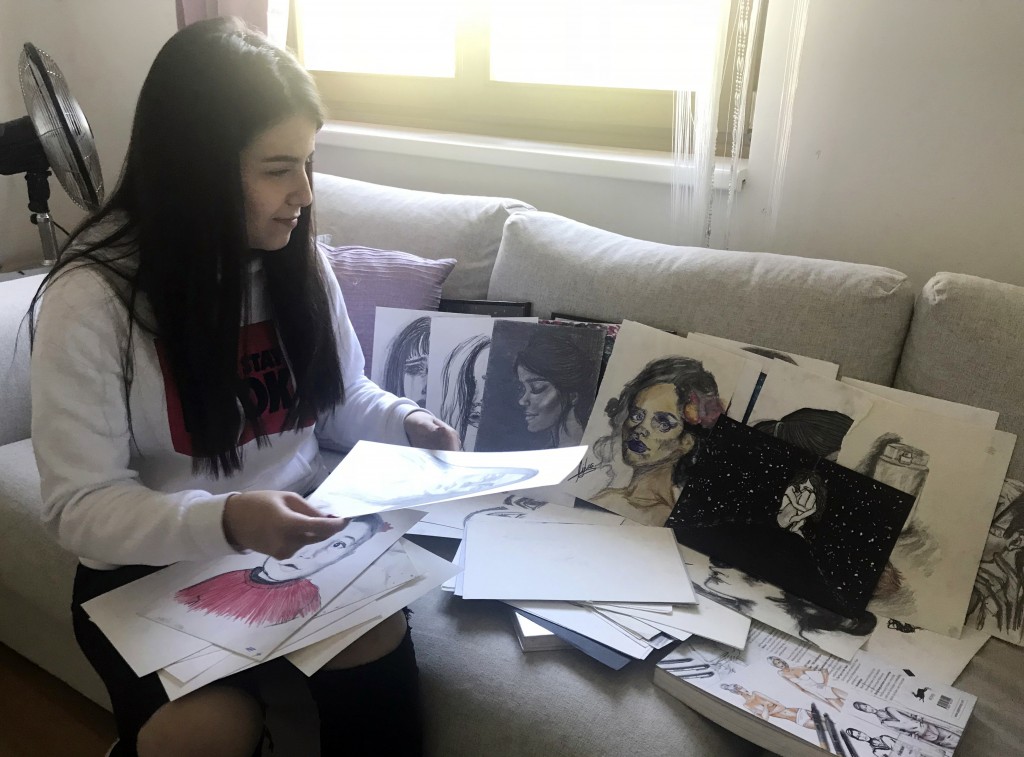 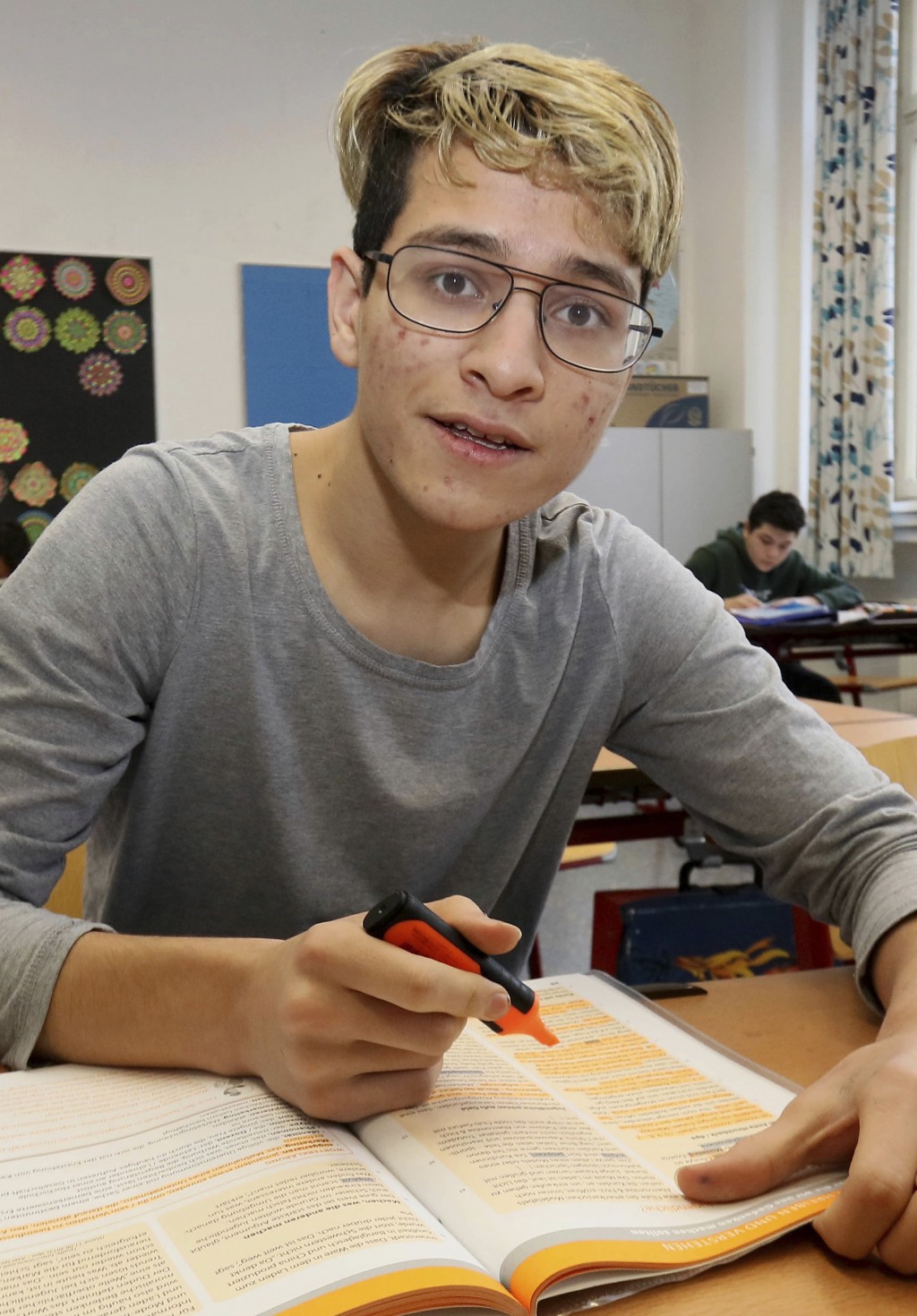 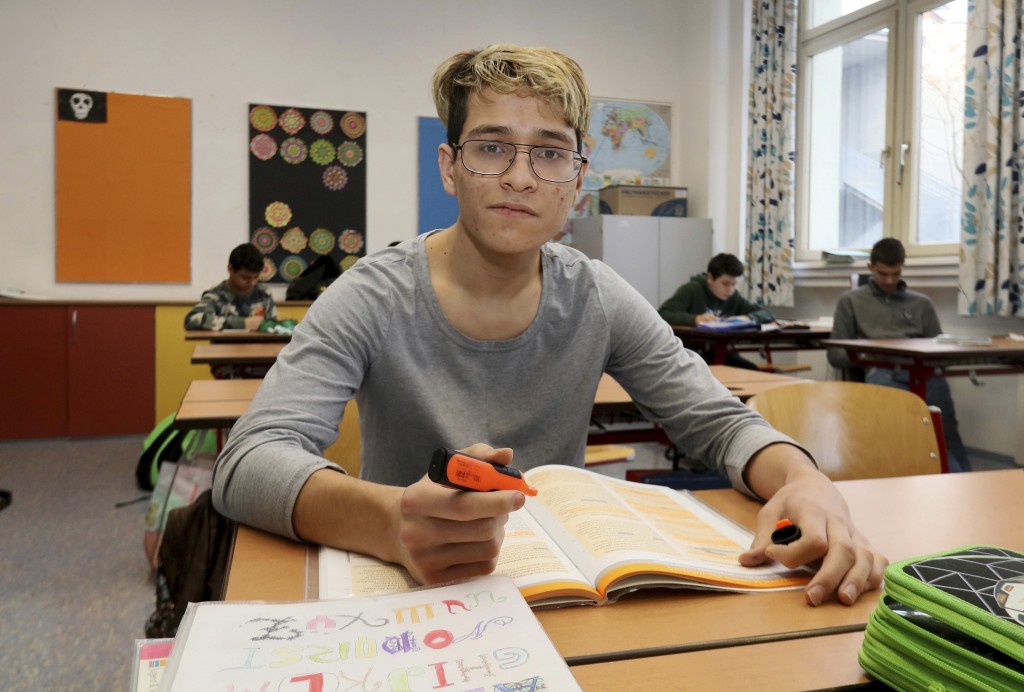 VIENNA (AP) — Lilas Almalaki didn't know a word of German when she enrolled in an Austrian middle school two months after fleeing her war-torn homeland in 2015, so she relied on the proficient English she learned as a top student in Syria to keep the bullies in place.

Hassan Husseini didn't speak German either and had never spent a day in a classroom when he arrived as an Afghan refugee the same year. He had a tougher time when picked on.

Despite their differences, the two teens share the same challenge. Like the nearly 10,000 other school-age children who arrived in Austria during Europe's largest modern influx of refugees, school is where they must learn to bridge different worlds: one that has shaped their families and identities, and the other where they hope to prosper in peace.

But they entered schools already straining to cope with large numbers of children born in Austria to migrant parents who are still struggling with basic German. That difficulty has deepened local anxieties over integration and helped propel the far right into Austria's new government.

Immigration and the integration of 2.5 million people who the European Union says sought asylum in 2015 and 2016 are issues across Europe. On the front lines are the schools, where teachers, administrators, psychologists and parents are clashing over the future of the next generation.

"The children are living in two worlds," says Andrea Walach, the principal at Hassan's middle school in Vienna, where only seven of more than 200 students speak German at home. "One world is school ... but when they are at home, all of this is forgotten."

In 2015, nearly 90,000 asylum-seekers — mostly from Afghanistan and Syria, and a third of them younger than 18 — arrived in Austria, a nation of less than 9 million people.

Today, 51 percent of the quarter-million students in Vienna's schools speak languages other than German in their daily life, according a 2018 report. That includes 34,000 pupils who don't understand enough German to follow their teachers, the Education Ministry says.

That number goes up to more than 70 percent in vocational middle schools like Hassan's, pathways to apprenticeships in trades that must accept anyone who applies. The other option is an academic school like the one Lilas attends, which restricts admissions.

Austrian Chancellor Sebastian Kurz's center-right People's Party and junior coalition nationalist Freedom Party campaigned on tougher immigration controls. His government has also rejected a global migration pact that is being approved this week at a U.N. conference in Morocco.

The government has also changed the way it handles children who struggle with German.

In the past, students not proficient in German had been exempt from grading for up to two years in all subjects. Now, any new students struggling with German are taken out of regular classes, except physical education and the arts, and put into their own language-intensive programs.

Critics say separating students fuels discrimination and prevents them from learning from their peers. Proponents counter that socialization can't happen if kids can't talk to one another, so this speeds up eventual integration.

Integration in schools is a crucial matter, child development experts say, because that's where migrant children learn what their new society expects of them — which greatly affects how well they will do as adults. That means the debate over how to best teach migrant children is not just about language, it is also about bridging sometimes widely diverging cultures.

Austrian education ministry official Martin Netzer says the priority, along with German proficiency, is "to make sure that our basic values are accepted and that there is understanding on both sides."

Research by Greek professor Frosso Motti-Stefanidi suggests that children do best when schools and parents together help them adapt to a new culture while integrating familiar values.

But Walach and other educators say they often struggle to explain to parents — many of them illiterate — the basic importance of schooling as a pathway to a better life.

"Nobody asks if (their kids) have been to school, did do your homework, when is your next test?" Walach said.

Psychologists on 25 "mobile intercultural teams" deployed across Austria in the wake of the refugee influx were trying to close gaps between schools and parents, but they expect to be disbanded when the school year ends due to budget cuts.

For both the new arrivals and the many teens born in Austria to migrant families, integration remains a daily challenge.

In Simmering, a diverse neighborhood on Vienna's outskirts, 16-year-old Seray Aytar and Melek Karakoc are thriving in their academically-oriented school, despite belonging to the 65 percent of students there who speak languages other than German at home, according to principal Claudia Valsky.

The two best friends, born in Austria, were raised by women who, despite coming from Turkey as teens, still can't manage basic German. Whether in class in Austria or on vacation in Turkey, Seray and Melek feel caught between two uncomprehending worlds.

"We don't know where our home is anymore," Seray says in flawless English, and Melek nods.

Lilas and her mother decided to flee Damascus when a car bomb went off in front of her school. After that, Syria no longer feels like home, the 16-year-old says. But it remains a "second mother," she adds — so she insists on speaking Arabic at home, while her mom would like Lilas to speak more German so her own fluency can improve.

Lilas' ease with languages and her academic talent have been her ticket to the demanding school she attends, along with only 8 percent of Vienna's refugee school kids.

She recalls how in her first Austrian school, when she tried to answer a teacher's question in halting German, a boy laughed at her.

"I can't talk German, but I can talk English and you can't, so what are you laughing at?" she retorted in English.

She was so talented in English at that her classmates started asking for help.

"I helped them, and then they were nice to me," she says.

Even though he had had no formal education, Hassan knows that going to school is the key to his dream of working with robots and buying a car and a house in the Austrian countryside. He arrived with his mother and the younger sister he carried piggyback through Iran, Turkey and into Europe, and he is leveraging that dangerous ordeal to produce success at school.

"Our teacher has assigned me (to compete) in the fast running contest. I always win first place. My teacher encourages me," he says proudly in his native Dari language. "Because we were walking all the way, our bodies got hardened."

Hassan's physique makes him stand out in a classroom. Now he figures improving his German will get him more friends, so he always comes to school, even when he doesn't want to.

"Sometimes I have a lot of fun with the boys and I play with them very much. Sometimes I'm really very serious," he says, before excusing himself to get back to class.