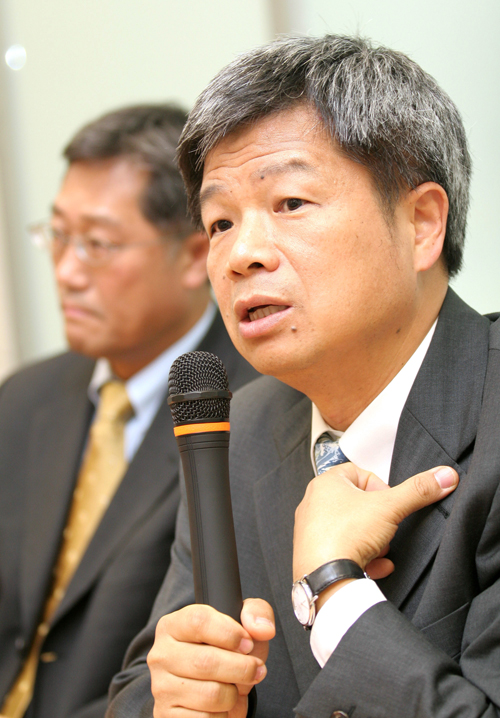 BenQ Corp. will liquidate the German mobile-phone division that it took over from Siemens AG a year ago after the Taiwanese company cut off financing in September and then failed to find a new investor for the unit.
Insolvency proceedings related to BenQ Mobile opened yesterday following the lapse of a three-month period after the Munich-based company filed for bankruptcy protection, a spokesman for its insolvency administrator Martin Prager said by phone yesterday.
Prager will hold a press conference today to give more details.
Once among the world's top-three phone brands, the handset maker first stumbled under Siemens and then collapsed under BenQ because both owners failed to compete on a global scale with rivals such as Nokia Oyj. The breakdown affects more than 3,000 manufacturing workers and has hurt suppliers from chipmaker Infineon Technologies AG to phone-parts maker Balda AG.
Liquidating Benq Mobile can only be averted if an investor makes an offer in the next few days, the IG Metall trade union said on Monday. Matthias Jena, who represents the German employees, indicated yesterday that he didn't expect an investor to appear.
In the third quarter of 2006, BenQ's global share of the handset market fell to 2.4 percent as it shipped 6.1 million units, according to figures by market researcher Garnter Inc. That compares with a market share of 35.1 percent, or 88.1 million units sold, by industry leader Nokia in the period. BenQ ranked sixth on that list mobile-phone makers.
Siemens, Europe's largest engineering company, gave up mobile-phone production in 2005 after years of losses. Mobile phones were among Siemens's last consumer products, as the company relies mainly on industrial clients for gear ranging from high-speed trains to energy turbines and medical scanners.
BenQ Mobile, which filed for insolvency protection at the end of September, has said it will axe about two-thirds of its 3,050 jobs in Germany. The retreat cost Siemens more than US$1 billion.