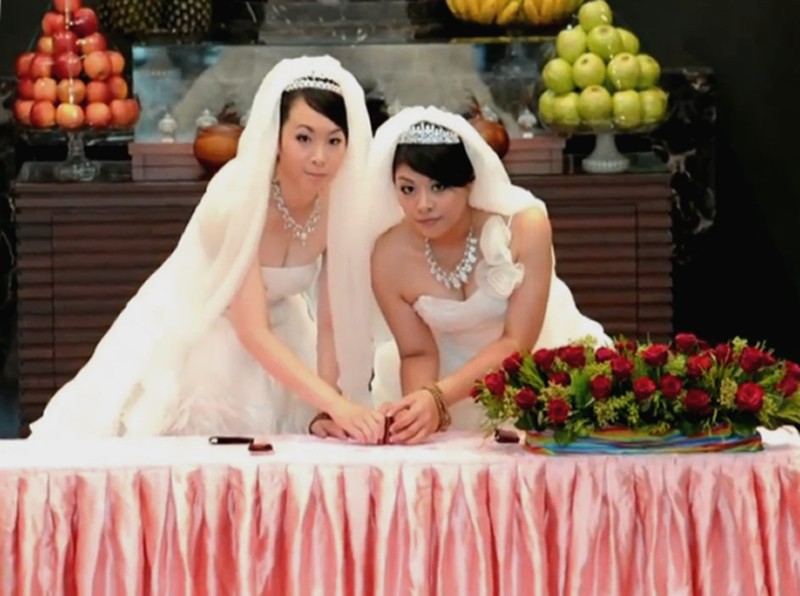 TAIPEI (Taiwan News) -- In response to the results of referendum No. 12, Taiwan's Ministry of Justice is devising a same-sex marriage draft bill which it will present to the Legislative Yuan before March 1, announced Justice Minister Tsai Ching-hsiang (蔡清祥) yesterday (Dec. 5), reported CNA.

During a meeting of the Judicial and Legal Committee in the Legislative Yuan held yesterday, several legislators questioned Tsai on the results of the referendum on same-sex marriage and the progress of legislation to address those outcomes. In response to a question about the ministry's plan of action following the referendum by Kuomintang (KMT) Legislator Lin Te-fu (林德福), Tsai said, "Currently, same-sex marriage should be guaranteed by a special law, and the bill will be sent to the legislature before May 24 next year."

However, Democratic Progressive Party (DPP) Legislator Yu Mei-nu (尤美女), questioned the timeframe, as the Referendum Act (公民投票法) requires that legislation called for in a referendum must be submitted to the legislature within three months. Tsai said that according to the Council of Grand Justices’ Constitutional Interpretation No. 748 issued on May 24 of last year, which states that the prohibition of same-sex marriage violates the constitution, the bill should be sent to the legislature by May 24 of 2019. Yu immediately rebutted Tsai's response by saying that the justices explained that if no legislation was enacted after the two-year period, same sex couples could register for marriage in accordance with civil law, and it did not mean that the administrative branch must send a bill to the legislature before May 24.

Tsai explained that the results of the referendum had been announced on Nov. 30, therefore the bill should be sent to the legislature before March of next year (three months later). Tsai said that previous statements referred to the interpretation of the constitution, but they were taken out of context before recent developments.

Tsai said that the new course of action is based on both the justices' explanation and the provisions of the referendum law.

KMT legislator Jason Hsu (許毓仁) then questioned whether human rights could be put into a referendum. Hsu said that human rights are universal values and need not to be proven in other ways.

When asked by Hsu whether Taiwan's incorporation of same-sex marriage rights into the referendums was a big mistake, Tsai said it was "inconvenient for him to comment." However, Tsai did say that the protection of human rights has always been the goal of the Ministry of Justice.

Hsu asked again how a special law for same-sex marriage would ensure equality and nondiscrimination, how it differs from civil marriage, and how to to give same-sex unions a substantive guarantee. Tsai said that he would carry out legal work according to the principle of equal protection of marriage freedom and equality revealed by the justices' interpretation of the constitution.

Tsai said that the ministry has yet to decide on whether to adopt same-sex marriage or same-sex partnerships, and the bill is still in the process of "brainstorming."

Referendum No. 12 asked: "Do you agree that the right to persons of the same sex to create a permanent union should be guaranteed by an institution other than marriage as defined by the Civil Code?" The essence of the referendum was asking voters if they preferred to not allow a change in the Civil Code to allow same-sex couples to marry, and instead force the government to devise a separate law.