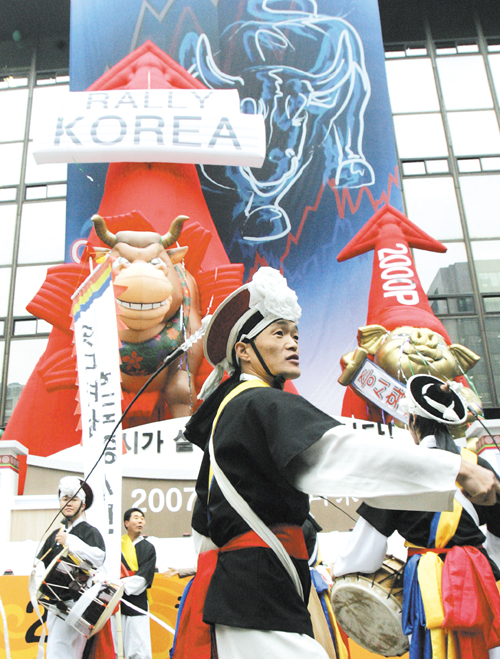 Free trade agreements with the United States, Japan, China and Southeast Asia would put more than 100,000 South Koreans out of work over the next 10 years, a government estimate has said.
In a report submitted to parliament on Monday, the Ministry of Commerce, Industry and Energy said some 13,400 local companies would come under pressure to cut their workforce amid mounting imports.
It was the first time that any government agency has published data on the estimated impact of the FTAs. Despite the forecast job losses, the ministry recommended pursuing the deals as a way to restructure the economy.
"Survey results showed the impact on the country's industries would be great," the report was quoted as saying by Yonhap news agency.
South Korea has concluded an FTA with the Association of Southeast Asian Nations. Negotiations with the United States resume this month amid disputes over the opening of South Korea's market for autos and pharmaceuticals and US anti-dumping measures.
South Korea also plans to enter talks on FTAs with Japan and China.
The report said the four FTAs would not only increase exports but also imports of cost-effective and high-end products from the three countries and ASEAN, pushing local businesses to either restructure or go under.
It said the service sector currently had much room for improvement and the manufacturing sector faced growing challenges from China and other emerging economies.
"We will aim to minimize losses from the FTAs and take this chance to turn industry around to become more competitive," the ministry said.
"We are still recommending FTAs as their benefits are greater than disadvantages," a ministry spokesman told AFP.