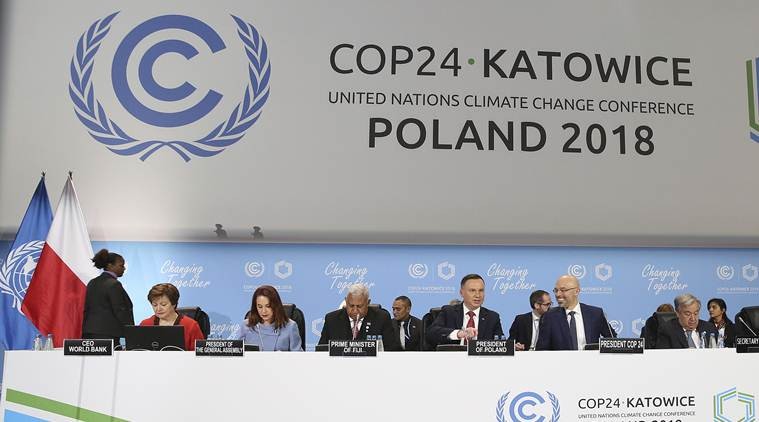 TAIPEI (Taiwan News) - A Taiwanese student speaking at the United Nations Climate Change Conference in the Polish city of Katowice introduced himself as coming from ‘Taiwan, China,’ a Taiwanese professor noted angrily on his Facebook page.

Over the past year, China has intensified its campaign against the use of the name ‘Taiwan,’ even forcing multinational corporations to stop referring to Taiwan as a separate country by demanding they add the name ‘China.’

Liou Gin-show (劉俊秀), a professor of civil engineering at National Chiao Tung University in Hsinchu City, was present at the climate event in Poland when a student spoke up and introduced himself as hailing from ‘Taiwan, China,’ the Liberty Times reported.

The exchange started when a Chinese delegate recommended the use of bamboo to promote reforestation in Southeast Asia, Latin America and Africa. Liu spoke out against the practice, saying the emergence of bamboo would lead local farmers to destroy native trees in order to replace them with more lucrative bamboo.

At this point, the student intervened, taking China’s side in the debate, Liu wrote on his Facebook page. He added that what really upset him was that a student from Taiwan had to express “loyalty” to China when expressing his own views.