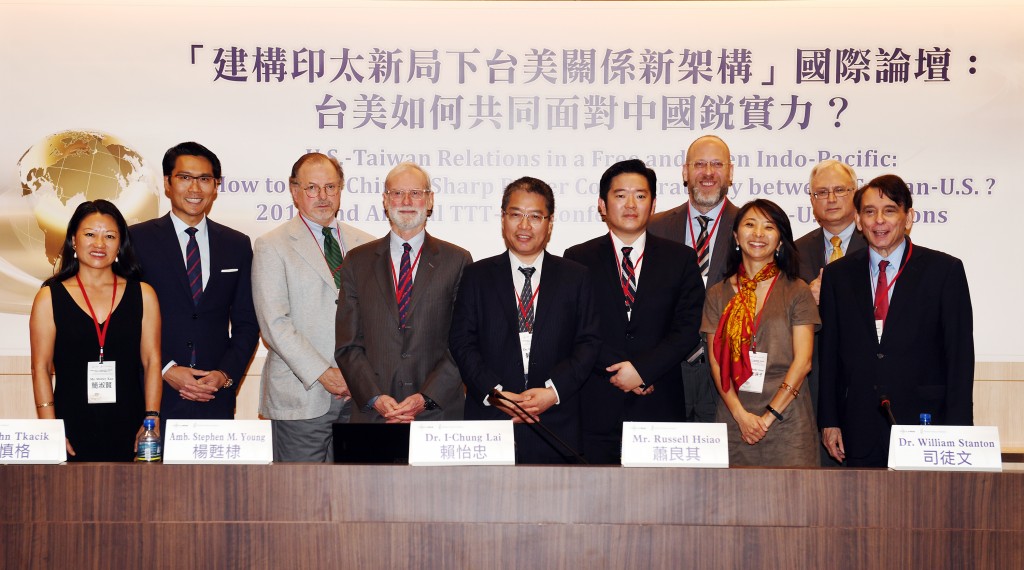 TAIPEI (Taiwan News) – A host of experts called for greater Taiwan-U.S. collaboration to counter China’s campaigns of influence during a conference in Taipei on Dec. 2.

Taiwan and the U.S. could work together to strengthen democracy and the rules-based international system.

The second annual joint conference by Taiwan ThinkTank and U.S.-based Global Taiwan Institute was held on Sunday, in which a host of experts spoke about U.S-Taiwan relations and how to face China’s sharp power.

“Sharp power” is a relatively new term in political science, which describes how a state uses military, economic, financial, media, and or other means to undermine political or public processes of another state. China and Russia are popularly noted as exerting sharp power in a bid to distort, distract, and gain influence.

Stephen Young, former U.S. ambassador and former head of the American Institute in Taiwan, said the U.S. should respond to China’s use of sharp power to undermine Taiwan’s democracy with a solid commitment to the protection of democracy and personal freedom.

Stokes recommended Taiwan and the U.S. develop and maintain a normal, stable, and constructive partnership based on the legitimacy of Taiwanese democracy to counter China’s efforts.

John Tkacik, Director of Future Asia Project at U.S. think tank International Assessment and Strategy Center, noted that the Trump administration’s “Indo-Pacific Strategy” is the first one to include Taiwan in its regional and global strategy, and added that it is important for the U.S. to embrace and work with Taiwan to counter the influence of China’s growing expansion.

Tkacik suggested that Taiwan has a central role in the Pacific and unique geopolitical position, and this could be of help to counter China’s expansion in grey zones like the South China Sea.

Russell Hsiao (蕭良其), Executive Director of the think tank Global Taiwan Institute, suggested that Taiwan and the U.S. should establish a mechanism to share information to enhance awareness and understanding of China’s use of sharp power.

During the conference, experts and former U.S. officials also called for the U.S. and Taiwan to pursue a bilateral free trade deal with more vigor.