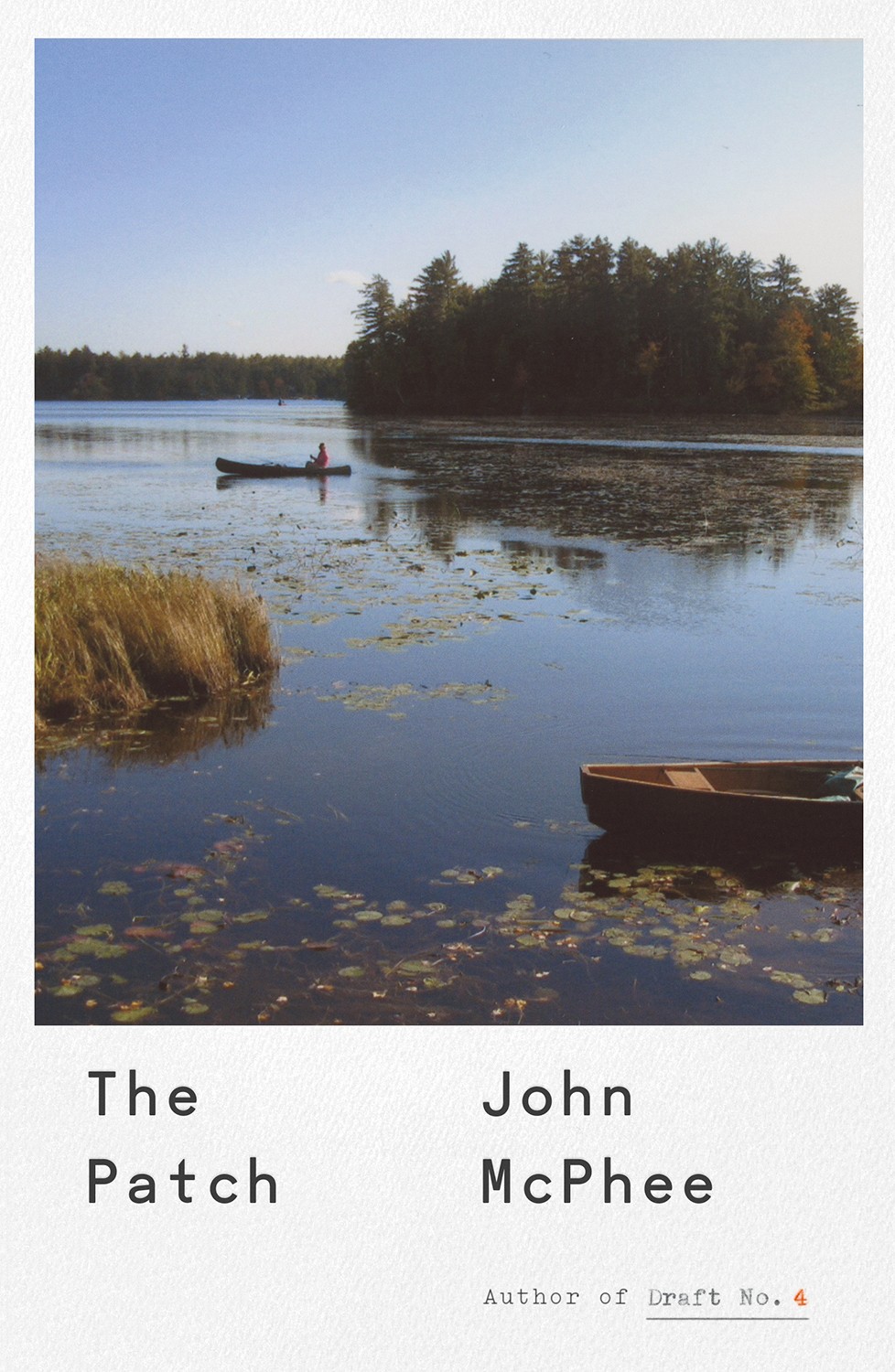 "The Patch" (Farrar, Straus and Giroux), by John McPhee

Eighty-seven and 33. That's the age of John McPhee and the number of books he's written, counting his latest, "The Patch."

One could forgive McPhee if he spent all his time in a canoe with a fishing rod when not enjoying the company of his 10 grandchildren. But McPhee is a writer, arguably America's greatest nonfiction essayist ever, and if he can find a practical way to do it, one senses he'll pen something from his coffin.

If he does, count me as one of the millions who will read it.

"The Patch" is a slim book divided in two. The first part is a collection of five essays he dubs "The Sporting Scene" — stories about fishing, football, golf, lacrosse and bears that all appeared over the years in The New Yorker. The second, which McPhee likens to an "album quilt" he fastidiously took the time to assemble from previously written work, consists of various fragments of things from over the years that haven't yet been bound up in a book.

The standout in part one is the title essay that first ran in 2010, which begins as a tribute to chain pickerel, the "lone ambush hunter" that can "accelerate like a bullet" when prey swims past. By the end, this fish tale is really about fatherhood as McPhee's dad suffers a stroke in a Baltimore County hospital.

The second part, the "album quilt," features writing about everything from Oscar Hammerstein to McPhee's first drink when he was 10 years old. ("One thing it wasn't was unpleasant.") All are rich with detail and McPhee's direct style and trademark sense of humor. "He is predictably unpredictable," writes McPhee in a remembrance of the late tennis star Arthur Ashe. And in an ode to satirist Felicia Lamport, commenting on where writers write: "Lamport tops them all with Elihu Linot, who always wrote on the backs of women, starting at the neck and working down. His editor eloped with a manuscript. There was no carbon."

McPhee's curiosity is legendary and evident throughout this volume. There's a two-page tribute to actress Sophia Loren ("Her hands are huge. Her forehead is low. Her mouth is too large. And, mamma mia, she is absolutely gorgeous."), a profile of Bill Wagner, the chief taster at Hershey's, empowered to "send ninety thousand pounds on its way to be eaten" and a laugh-out-loud list of Hollywood stars who have stage names ("Boris Karloff could not have frightened a soul as William Henry Pratt").

Fans will recognize many of the subjects from the books McPhee has published — Bill Bradley, geology, Alaska, to name a few — but they don't read as outtakes and are as fresh as when he first encountered them. Some context before each patch of the quilt would have been welcome, just a line or two detailing when and why he wrote it. But McPhee, famous for the unique ways he structures his creative process, has decided to present it as a quilt that can be enjoyed as individual squares or an entire blanket, and really, who are we to quibble with such a Master Seamstress?