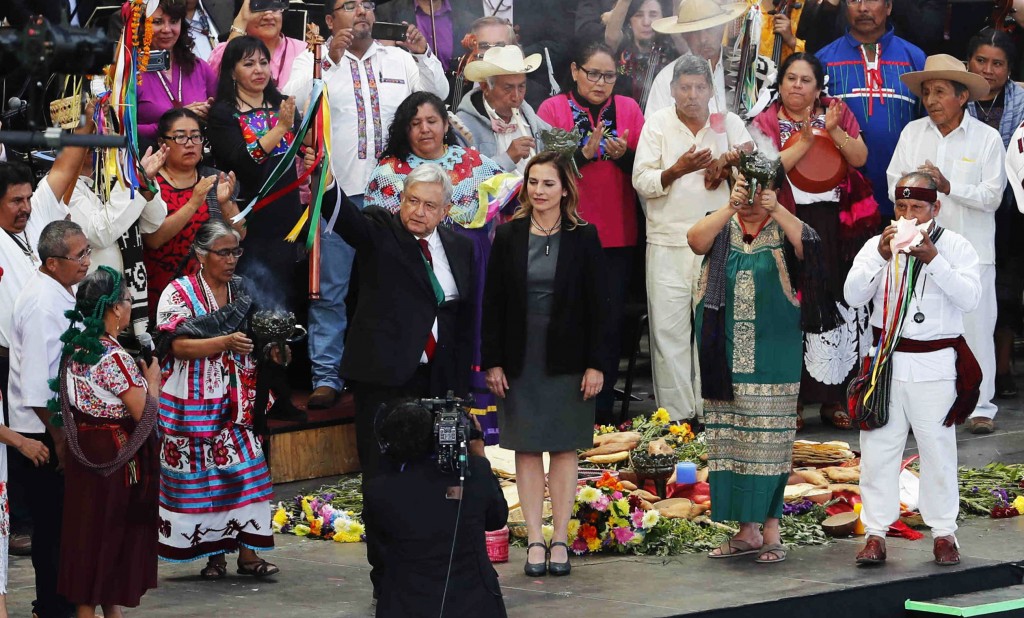 MEXICO CITY (AP) — Mexico's newly inaugurated president has hit the ground running, with his pledge to govern as a common man and end decades of secrecy, heavy security and luxury enjoyed by past presidents.

Lopez Obrador took his first airplane flight as president Sunday, boarding a commercial flight with the rest of the passengers. He promised to sell the presidential jet.