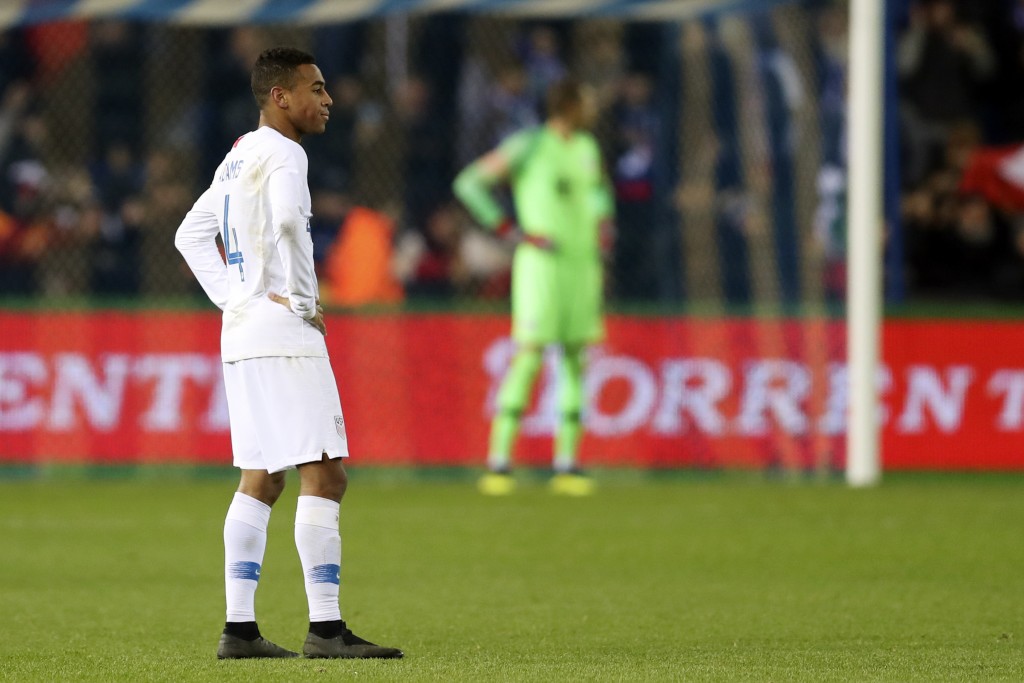 Leipzig, which is also backed by the energy-drinks manufacturer, says the 19-year-old Adams will join Jan. 1 on a deal to 2023. Further details were not disclosed.

Adams, who has nine appearances for the U.S., came through New York's academy before breaking into the senior squad in 2016. He played 52 MLS games, contributing two goals and six assists.

"We are convinced that Tyler is in a position to strengthen us in central midfield immediately," says Leipzig sporting director Ralf Rangnick, who has also taken on coaching duties this season before the arrival of Hoffenheim coach Julian Nagelsmann. "We're delighted that he's switching to us and are sure that he will take the next step in his development in the Bundesliga."

Adams made his debut for the U.S. in a 1-1 draw with European champion Portugal in 2017.

Leipzig quoted Adams as calling the move "a chance to prove myself at a top level." Adams said it was also an opportunity "to measure myself against friends and compatriots like Christian Pulisic of Dortmund and Weston McKennie of Schalke."