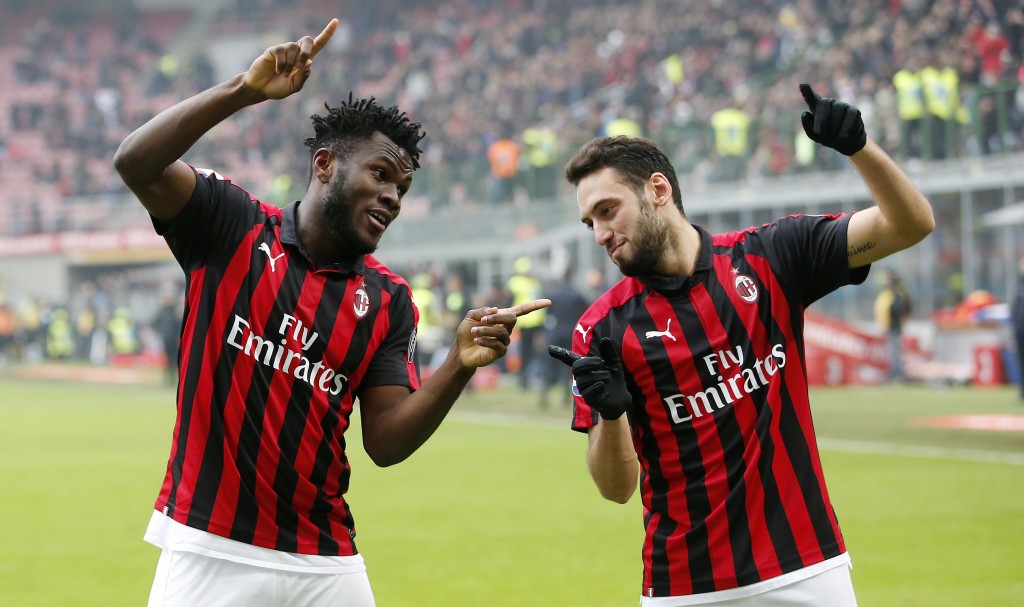 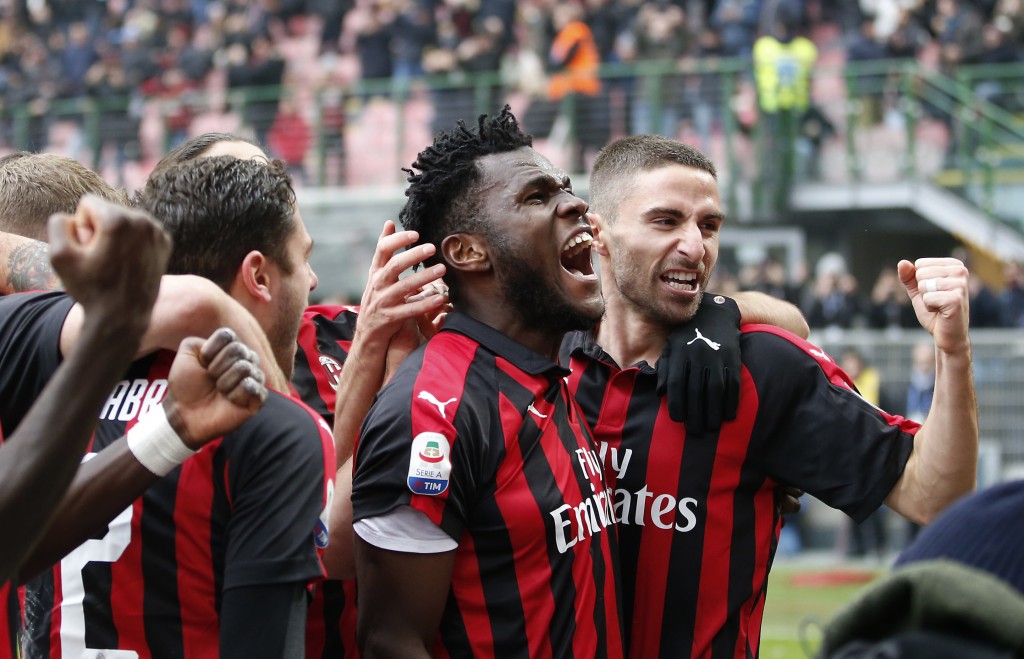 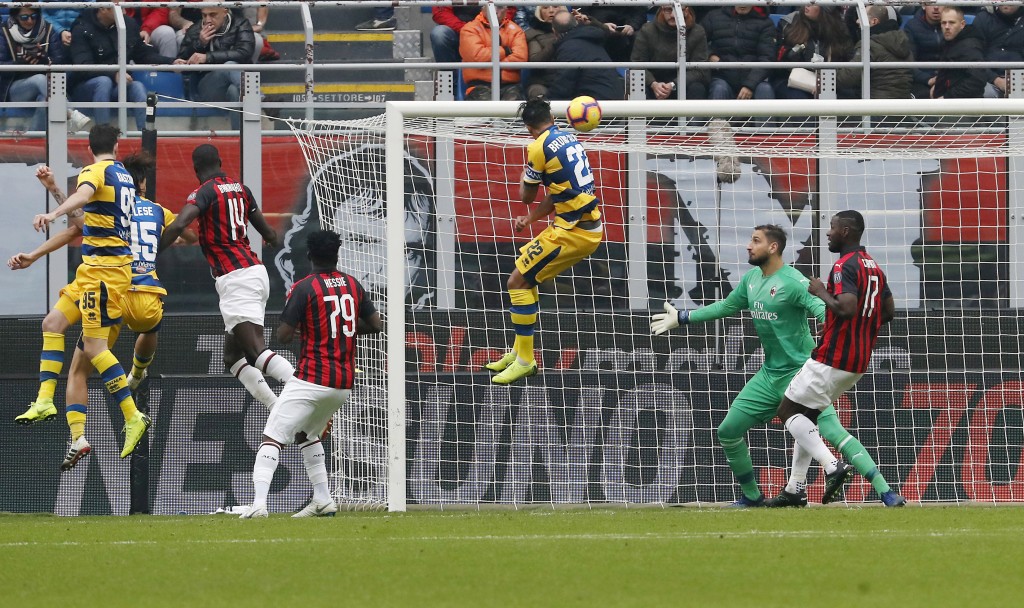 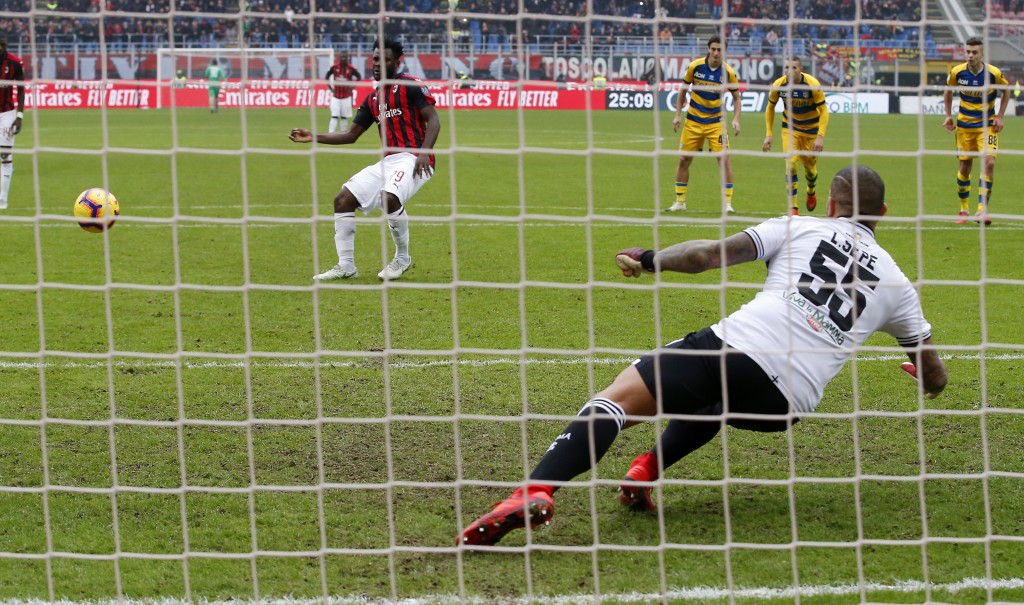 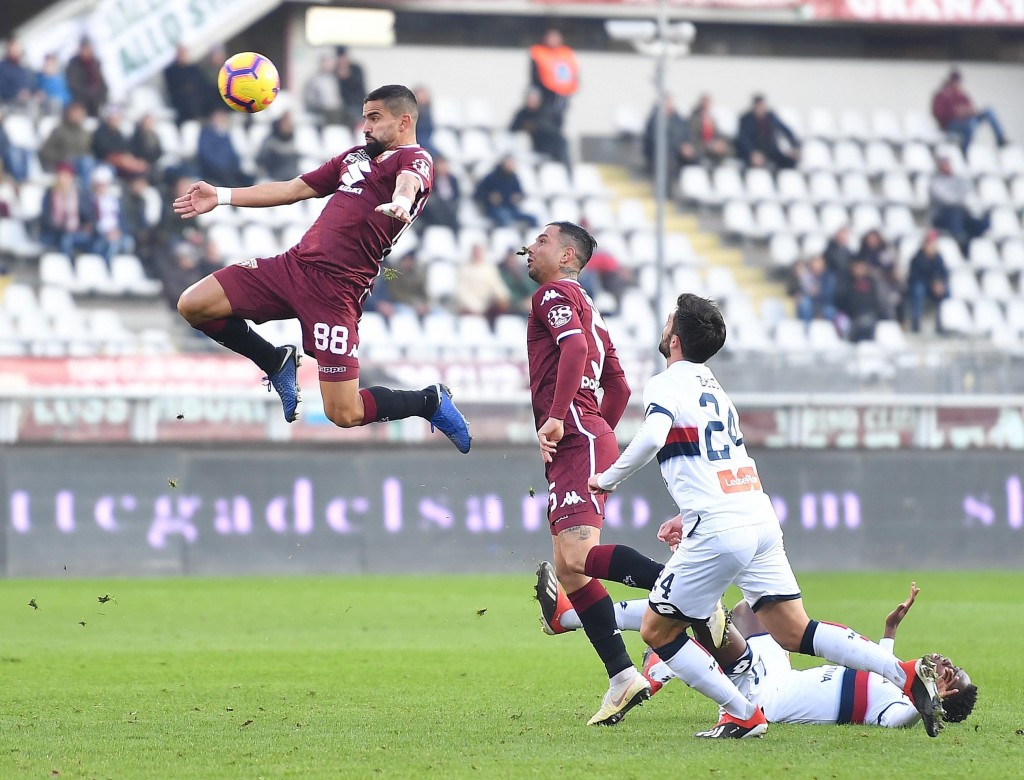 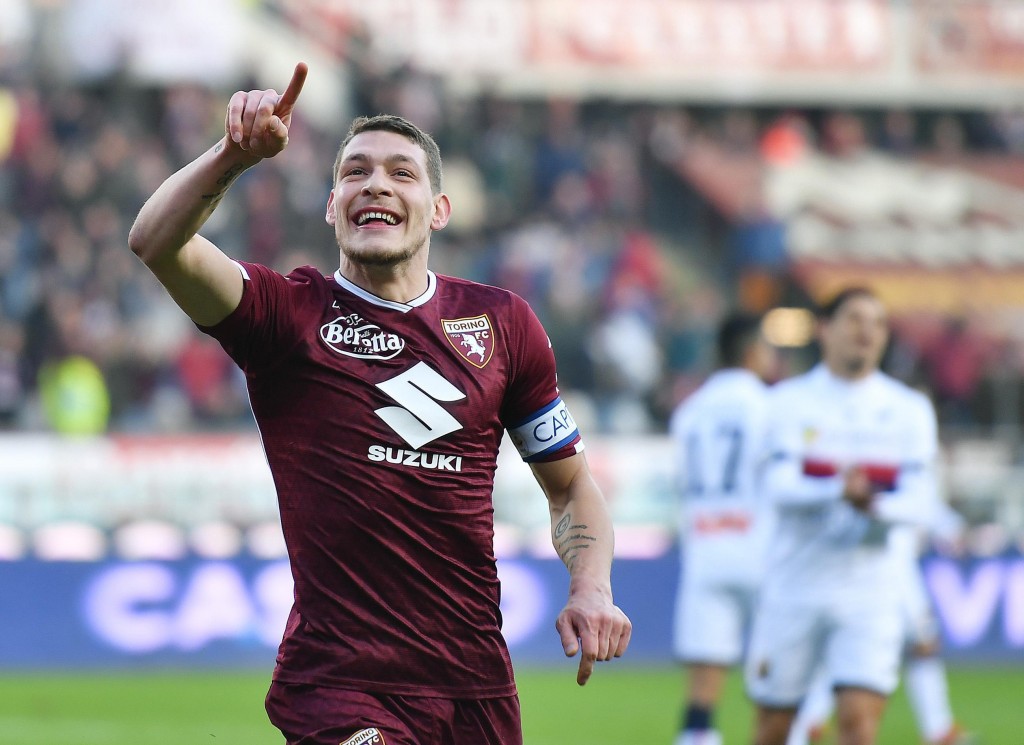 MILAN (AP) — This could be the season that AC Milan finally makes it back into the Champions League.

Milan has won Europe's premier club competition seven times but hasn't played in the Champions League since the 2013-14 season.

However, Gennaro Gattuso's team came from behind to beat Parma 2-1 and moved into fourth spot in Serie A — the last qualifying berth for the Champions League.

"We'll enjoy the three points, get our energy back and then we'll see game by game where we can get to," Gattuso said. "I advise the players not to look at the table and to enjoy their two days of rest now."

Milan is one point above Lazio, which was held to a 1-1 draw at last-place Chievo Verona. It is also three points below city rival Inter Milan, which plays at Roma in the evening match.

Only two points separated Milan and Parma going into the match at San Siro, but Parma had already beaten Inter at the famous stadium — and was looking to add another chapter to its fairytale-like rise in its first season back in Serie A since going bankrupt three years ago and being forced to restart in Serie D.

Milan dominated but Parma took the lead against the run of play when Roberto Inglese headed in a corner at the near post in the 49th minute.

Parma's lead lasted less than six minutes before Suso's ball was deflected through to Patrick Cutrone and he fired in off the base of the far post.

And Milan's comeback was complete in the 71st when Franck Kessie converted a penalty after Alessandro Bastoni handled Hakan Calhanoglu's cross.

Genoa almost managed to beat Torino despite playing with 10 men for more than an hour but the home side prevailed 2-1.

Genoa's Romulo was sent off in the 28th minute following two yellow cards in three minutes. The second was for a brutal challenge, which saw the studs of his boot connect with the chest of Torino midfielder Soualiho Meite.

Surprisingly Genoa took the lead less than 10 minutes later. Daniel Bessa headed on a corner and Christian Kouame caught the Torino defence napping to tap in from close range.

Torino turned the match around in first-half stoppage time. Genoa failed to clear the ball and Cristian Ansaldi smashed it into the bottom right corner from the edge of the area.

It took the lead seconds later when Andrea Belotti converted a penalty after Iago Falque had been tripped by Sandro.

Torino moved up to sixth while Genoa remained four points above the relegation zone.

In Verona, Lazio needed a second-half equalizer from Ciro Immobile to cancel out an early goal from Chievo's 39-year-old captain Sergio Pellissier.

Cagliari is just a point above Genoa after recovering to draw 1-1 at Frosinone. Diego Farias cancelled out Francesco Cassata's opener. Cagliari and Italy defender Nicolo Barella was sent off late on following a second booking.

Elsewhere, relegation-threatened Udinese managed to get a point with a 0-0 draw at Sassuolo.