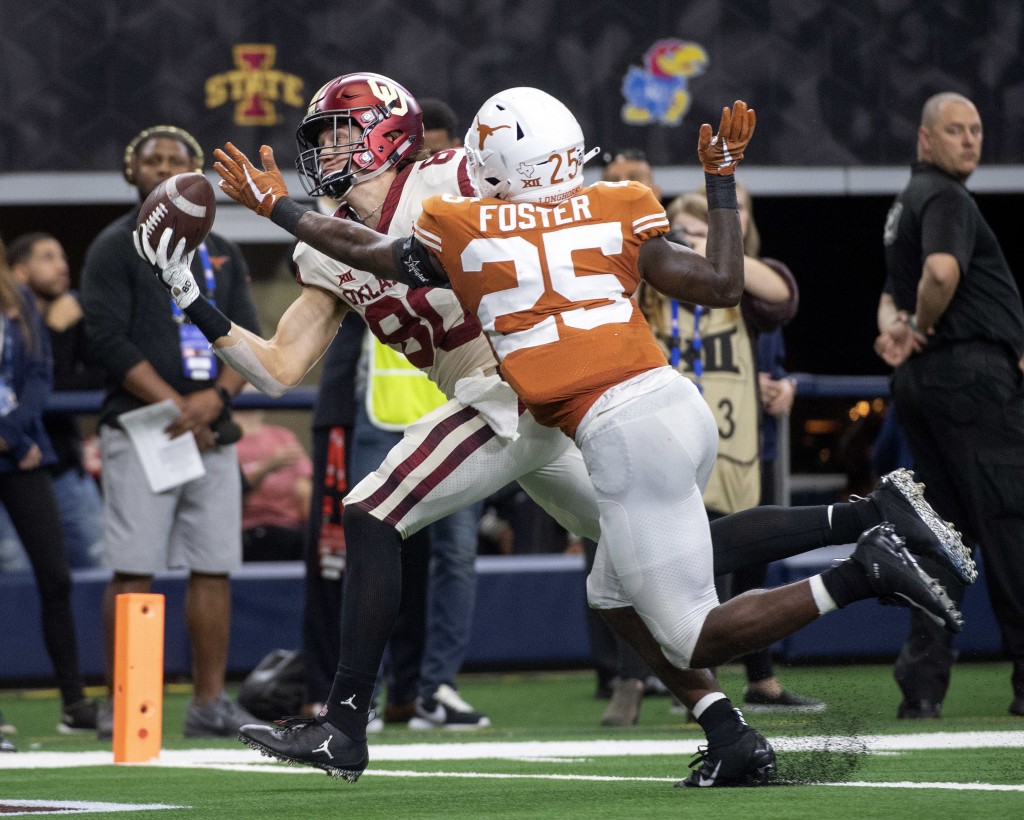 The Associated Press poll voters have put Oklahoma at No. 4 in the final regular-season Top 25, behind No. 1 Alabama, No. 2 Clemson and No. 3 Notre Dame.

Georgia dropped from fourth to sixth, behind No. 5 Ohio State, after the Bulldogs lost the Southeastern Conference championship game to the Crimson Tide. The Sooners and Buckeyes won their league championship games.

The rankings were mostly unchanged with only a few games on championship weekend. Unbeaten UCF remained No 7, with Michigan, Washington and Florida rounding out the top 10.

The only team to drop out of the rankings was Northwestern, which lost to Ohio State in the Big Ten title game. Missouri made its season debut at No. 24.

The Top 25 was released ahead of the final rankings from the College Football Playoff selection committee.

Alabama has been ranked No. 1 for 15 straight weeks. The Crimson Tide is the second team to have two seasons (2016, '18) of 15 straights weeks at No. 1, starting from the preseason. Southern California did it twice, 2004 and 2005. Alabama will enter the postseason trying to become the 12th preseason No. 1 to win the national championship and third team to be No. 1 the entire season, joining Florida State in 1999 and USC in 2004.

After starting the SEC season with four straight losses, Missouri finished strong and is ranked for the first time since Sept. 20, 2015. The Tigers give the SEC eight ranked teams, matching a season high.

Follow Ralph D. Russo at https://twitter.com/ralphDrussoAP and listen at https://podcastone.com/AP-Top-25-College-Football-Podcast