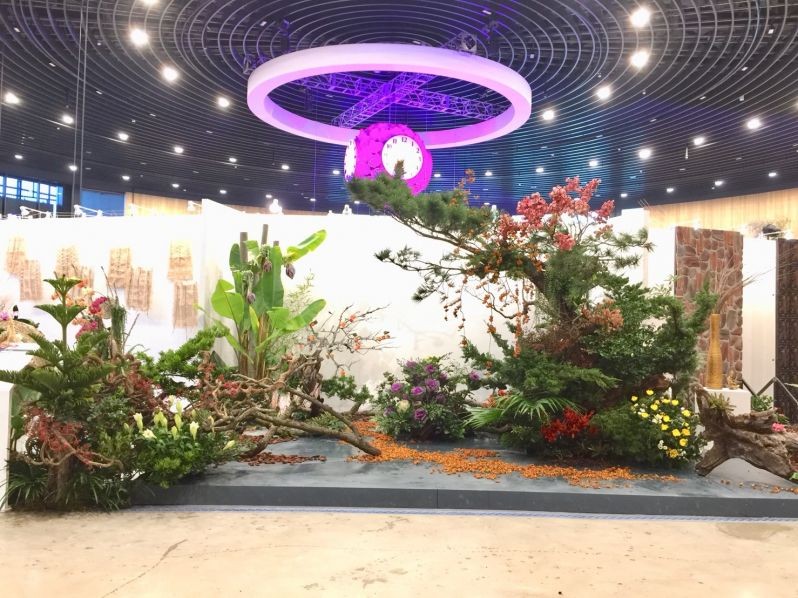 TAIPEI (Taiwan Today) -- In contrast to the bold colors and loud displays of Western floral arrangements, Eastern designs are inspired by the delicate brushwork of calligraphy. The aim is to present a poetic sense of stillness and elegance.

“Autumnal Scenery of Island,” a giant composition of over 20 plants including chrysanthemums, lilies and flamegold rain tree branches is no exception. The cursive sweep and stretch of blooms and boughs won its designer, Taipei City-based Chinese Floral Arts Foundation, a silver medal at the International Indoor Floriculture Competition’s Flower Arrangements category in early November. A twirling stem in a Chinese-style flower arrangement evokes the swirls of calligraphy. (Image courtesy of CFAF)

The same large-scale piece claimed bronze in the General Arrangement class that rated entries on the best overall impression.

Drawing 36 designers from 17 countries and territories, the contest was a major event at the Taichung World Flora Exposition. The fair runs through April 24, 2019, in the central Taiwan city’s Fengyuan Huludun Park, Houli Horse Ranch and Forest Park, and Waipu expo sites.

Chinese traditional flower art, which traces its origins to the third century and offerings to Buddhist deities, emerged in Taiwan in the mid-1980s when the CFAF was established. A twirling stem in a Chinese-style flower arrangement evokes the swirls of calligraphy. (Image courtesy of CFAF)

The foundation runs courses, publishes books and holds exhibitions at home and abroad. CFAF Chief Executive Officer Hwang Yen-chiao said it has done more than any other organization in the world to preserve the practice.

The group’s founder Huang Yung-chuan, later director of the Taipei-based National Museum of History, meticulously researched and promoted the tradition. “He spent long hours studying ancient texts so that designs could be accurately reproduced,” Hwang added.

While Chinese floral displays are made for temple offerings and occasionally as part of reception decorations at weddings, they are rarely sold in flower shops. It is more usual for friends or relatives who have taken up the art as a hobby to offer them as homemade gifts.

According to Taipei-based florist Kuo Chih-kai, Western-style flower ensembles are typically ordered for big public celebrations and events but Eastern arrangements are more reflective and used as a way to “cultivate the mind. 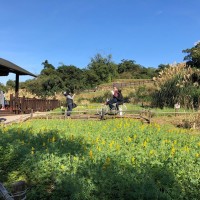 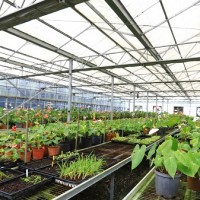 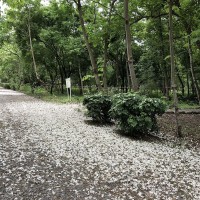 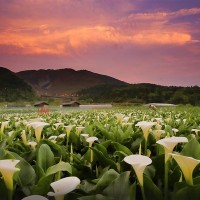 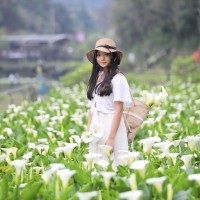