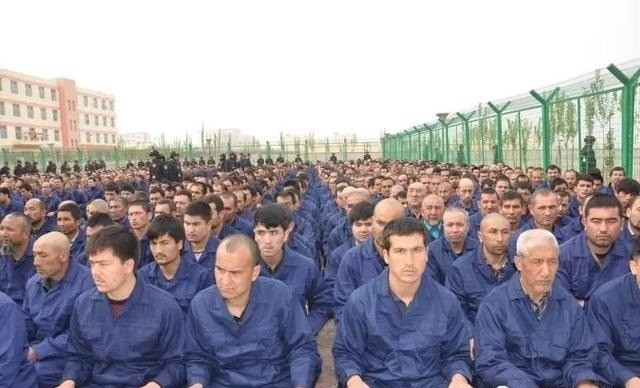 TAIPEI (Taiwan News) – According to recent reports out of China, Xinjiang-style internment camps, which are designed to wipe out local ethnic customs and religious beliefs among the local minority Uyghur population may soon be implemented in other regions of China.

Ningxia Province, home of the the Hui people, a minority Muslim population, may be preparing to replicate a Xinjiang inspired model for the internment and re-conditioning of Muslims in the region.

International observers and human rights organizations are now raising alarms that the crisis situation in Xinjiang may be expanded to include Muslim communities in Ningxia and possibly other regions, reports Supchina.

Details regarding the internment camps in Xinjiang, which Chinese officials repeatedly call “re-education” and “job training” centers, have become more clear over the past year, with human rights organizations, the United Nations, and foreign nations expressing serious concern over the practices of the Chinese Communist Party.

On Nov. 26, Voice of America reported that hundreds of scholars had condemned China’s brutal treatment of the Uyghur people in the region, calling for international sanctions to punish the communist regime for the “psychological torture of innocent civilians.”

On Nov. 28, in Washington D.C. at a hearing of the Congressional-Executive Commission on China, U.S. lawmakers heard testimony from survivors of the concentration camps and reviewed evidence of the “ruthless” attempts to of the communists to strip communities of their religious identity. “China’s suppression of religious faith and religious communities is real. It is evil, it is too horrendous to ignore.”

In Ningxia province, conflict with the Hui Muslim population and the Chinese authorities has not been as extreme as in Xinjiang, however tensions have slowly been increasing in recent months.

In August 2018, a group of Hui Muslims in Weizhou, Ningxia gathered to protest a sudden decision from the government to demolish the Weizhou Grand Mosque. The protest drew thousands, with the communist authorities eventually reversing their decision, but they still insist that eight of the nine domes of the mosque must be removed.

The new “anti-terror cooperation agreement” between the communist parties of Xinjiang and Ningxia should draw increased attention to the concentration camps already in operation in the country, and international action may be necessary to ensure they are not replicated and established elsewhere.

The group of international scholars had this to say in their letter urging sanctions against China.

"This situation must be addressed to prevent setting negative future precedents regarding the acceptability of any state's complete repression of a segment of its population, especially on the basis of ethnicity or religion."