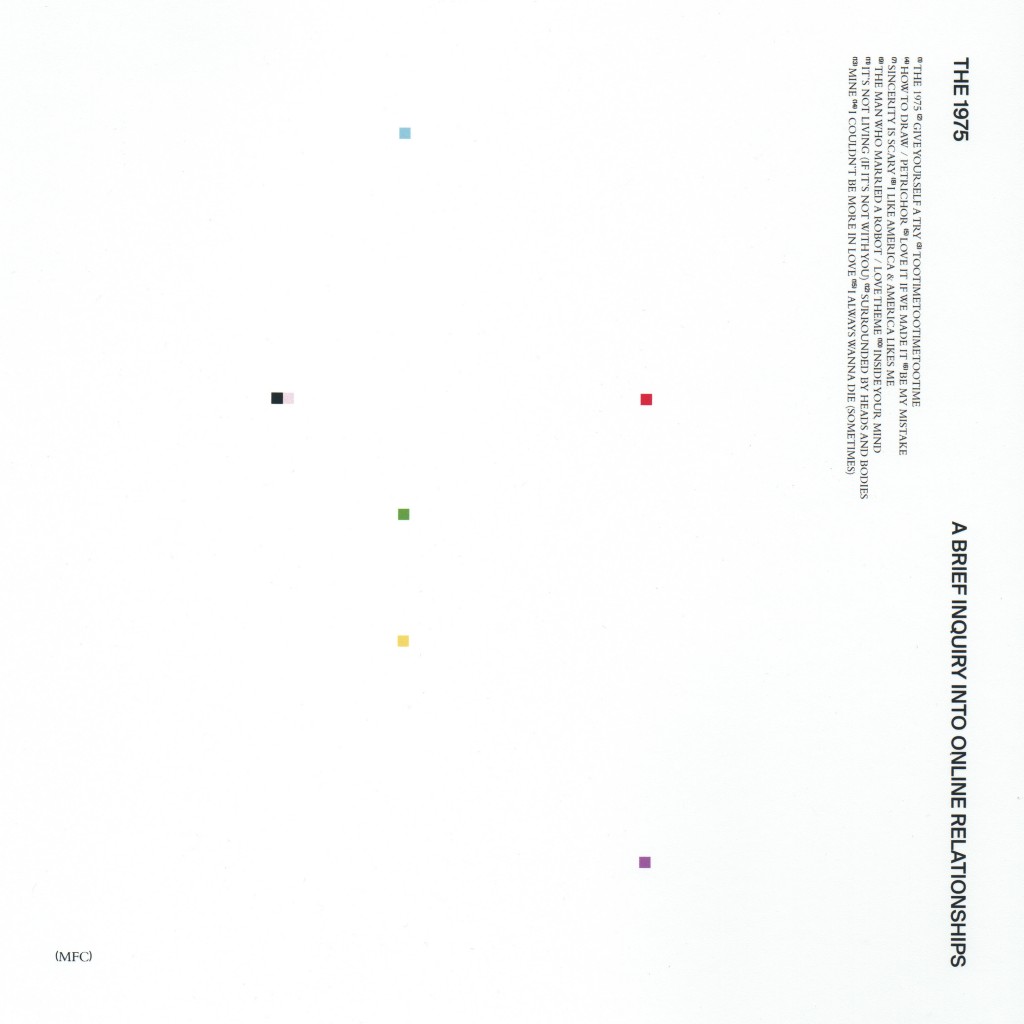 The 1975, A Brief Inquiry into Online Relationships (Interscope/Dirty Hit)

The English band the 1975, practitioners of some of the smoothest electropop in recent memory, have delivered another gem with "A Brief Inquiry into Online Relationships," the group's third full-length album that serves as a heart-wrenching roadmap for modern relationships teeming with tumult.

Much of this effort addresses life rushing by too fast, and the 1975's smart lyrics offer a glimpse at the hurdles we often erect for ourselves in this age of instant communication, and often miscommunication.

It's done beautifully on tracks such as "TOOTIMETOOTIMETOOTIME," on which frontman Matthew Healy sings about stepping out on loved ones via texts and phone calls. It's a finger pointed squarely at the mobile phone mischief that can strain a relationship.

The soundscape widens on "Love It If We Made It." Synthesizers swell and welcome the listener on this song in which Healy declares "modernity has failed us" as he assesses the world around him.

Lest you think it's all sonic smoke and mirrors, along comes "Be My Mistake," quite possibly the loveliest slow ballad of 2018. It will touch you and convince you the 1975 should remain on your radar and playlists.