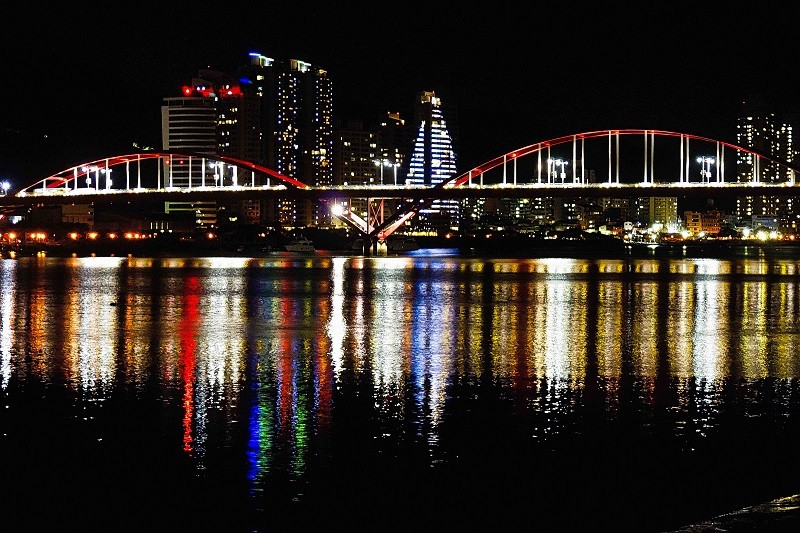 TAIPEI (Taiwan News) – Cycling on Taipei’s riverside bike paths at night is a great pleasure as cyclists can get good exercise while enjoying the beautiful riverside landscapes, Taipei’s Hydraulic Engineering Office (HEO) said in a news release it posted on its website on Wednesday.

Taipei’s riverside bike paths are flat, wide, well-lighted, and safe, the HEO said. The agency recommended that cyclists embark on nighttime cycling with a companion to ensure safety and make sure they cycle with basic riding gear.

The agency also suggested three routes to suit the purposes that cyclists wish to fulfill during their trips.

“For those who want to enjoy the nighttime landscape, the Keelung River bike trail will take you through Dajia, Yingfeng, Meiti, Rainbow, and Chengmei riverside parks,” the agency said. “The advantage of taking this route is the presence of many bridges along the way, including Dazhi Bridge, First MacArthur Bridge, Second MacArthur Bridge, and Rainbow Bridge.”

For those who want to blend exercise with getting snacks together during the ride, the HEO suggested that cyclists stop at any of the three locations--Dadaocheng Wharf, the Guting riverbank, and Rainbow Bridge.

“The plaza at Dadaocheng Wharf boasts a dining area featuring exotic cuisine, with Yongle Night Market located within walking distance” from the wharf, the agency noted. The Gongguan commercial district is only a few minutes on bicycle from the riverside park exit, the agency said, adding, “Of course, don’t forget to visit Raohe Street Night Market, which is a mere five-minute walk from the Rainbow Bridge.”

For those who simply want to enjoy great natural scenery, Guandu Wharf or Dadaocheng Wharf are two great places to watch the sunset and reflections of waning sunlight on the river, the agency said.