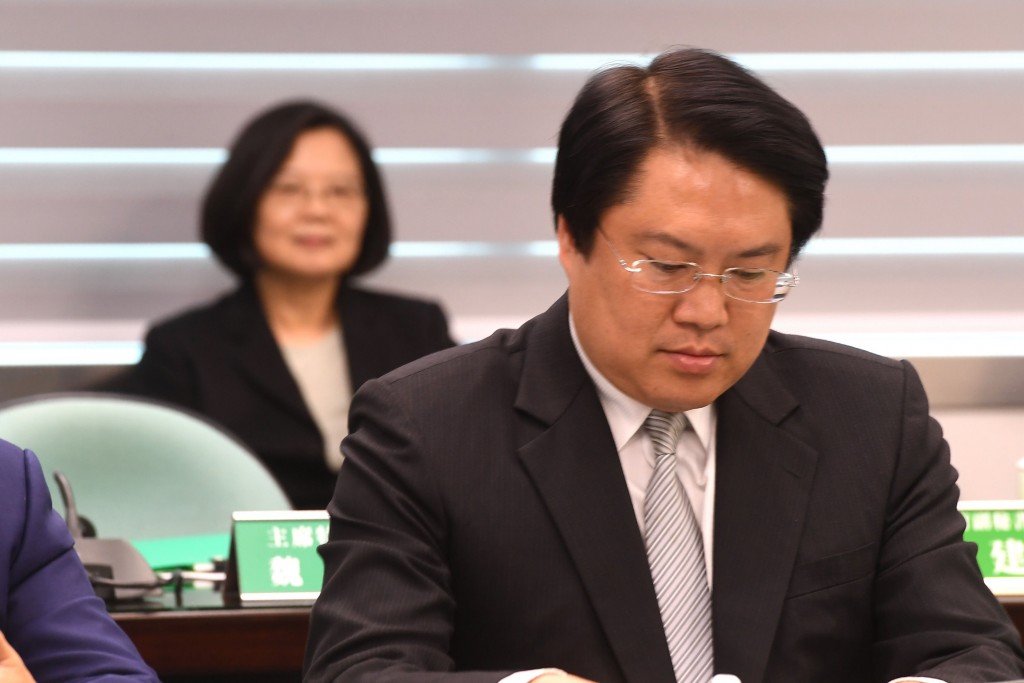 President Tsai Ing-wen (蔡英文) resigned as the party’s chairwoman shortly after the DPP suffered the worst electoral defeat in a decade during the 9-in-1 local elections on Nov. 24.

The party convened a meeting of its executive body on Wednesday, and Lin, who just won his second term as Keelung Mayor, was nominated and later approved as the acting chairman, according to DPP Spokesperson Cheng Yun-peng (鄭運鵬).

“The party needs me in these difficult times, and I take up the responsibility with courage,” Lin said at a press conference held after the meeting.

The elections reflect people’s rebuke of the Tsai administration, whose pension reforms, energy policy, and other policies are considered progressive and daring, but at the same time, have angered conservative groups, and hence led to a major setback in last week’s elections.

Despite the election failure, the DPP is still the ruling party. As a mature and responsible political party, the DPP needs to bring back a stabilized society as soon as possible and make necessary modifications to the current policies, said Lin.

The acting chair will preside over the by-election of a new party chair, as well as candidate nominations for legislative by-elections triggered by lawmakers who resigned to run for mayor in last Saturday’s votes.

Lin emphasized he still will put his work in Keelung first and will only serve in an acting capacity to pave the way for the election of a successor.

“I will do my best as an acting chairman,” said Lin, urging party members to work together, and for supporters to maintain confidence in the party.