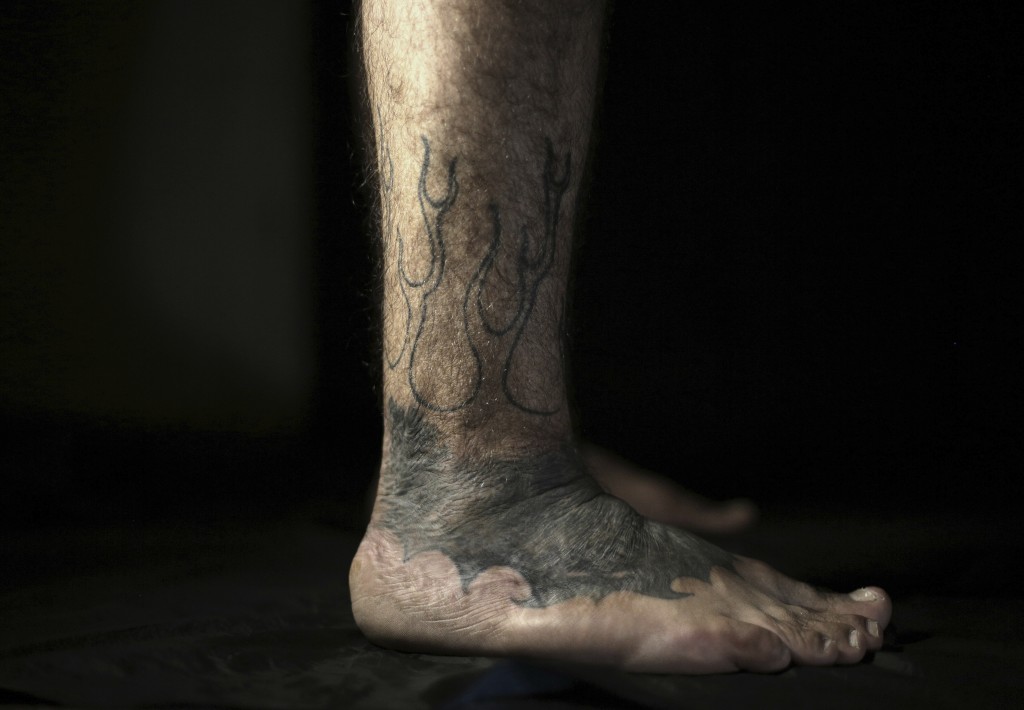 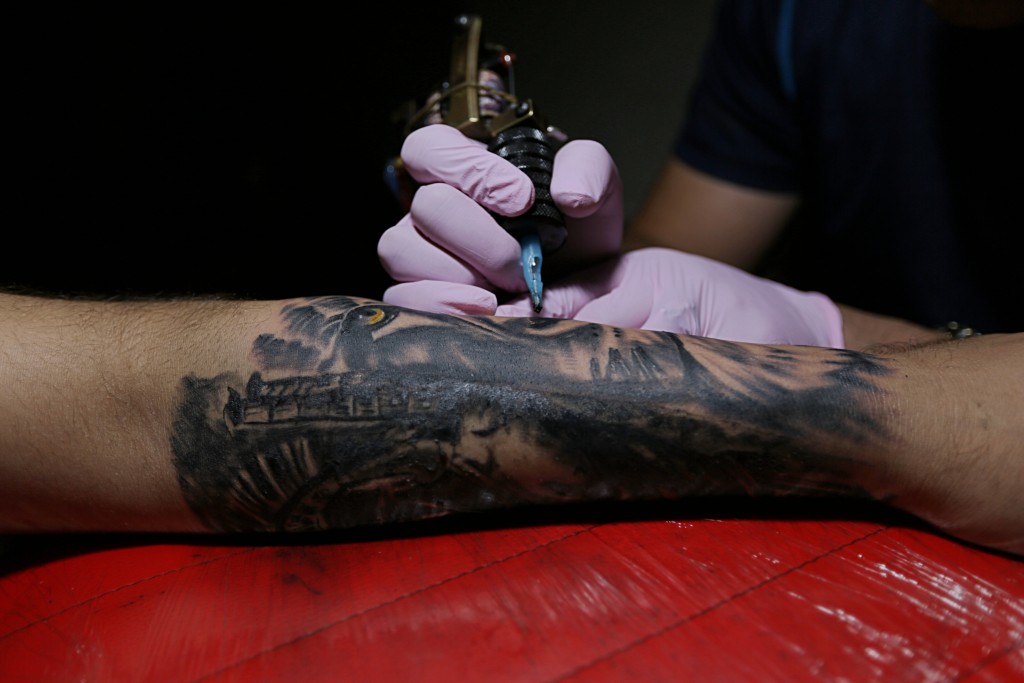 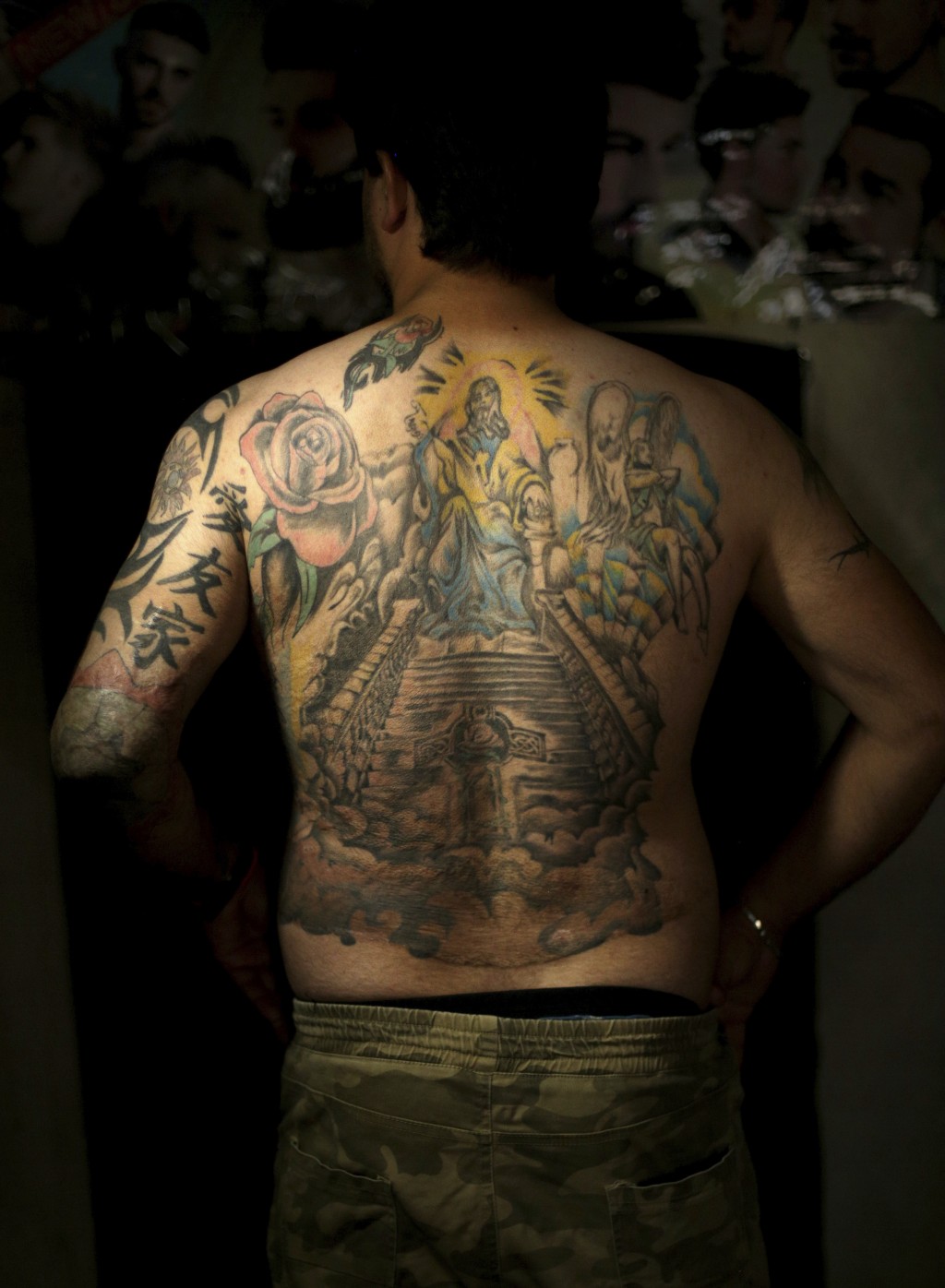 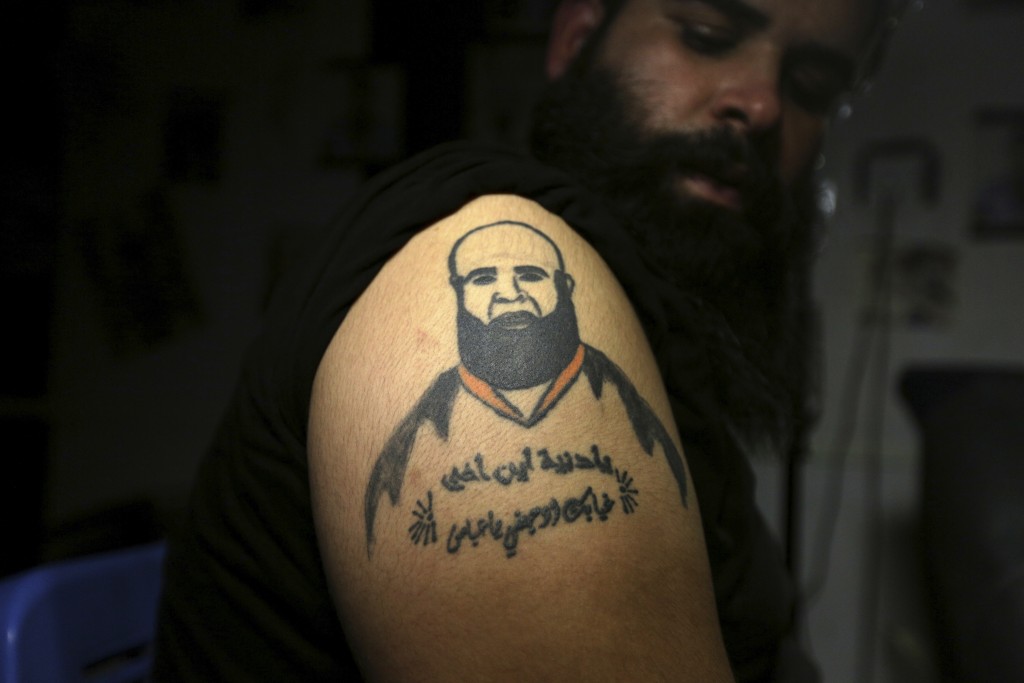 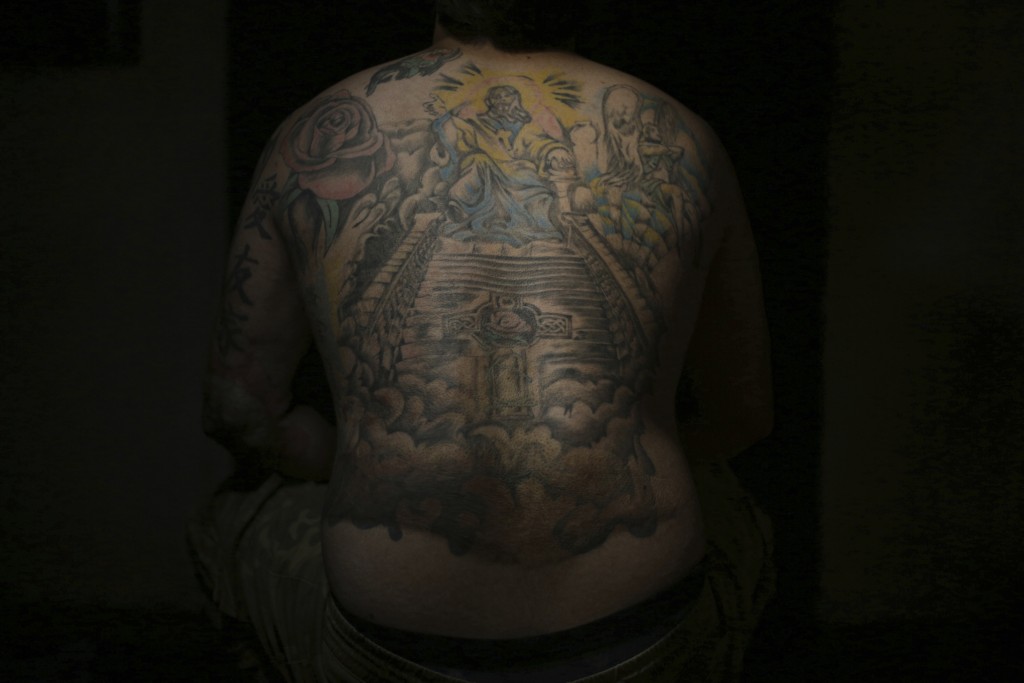 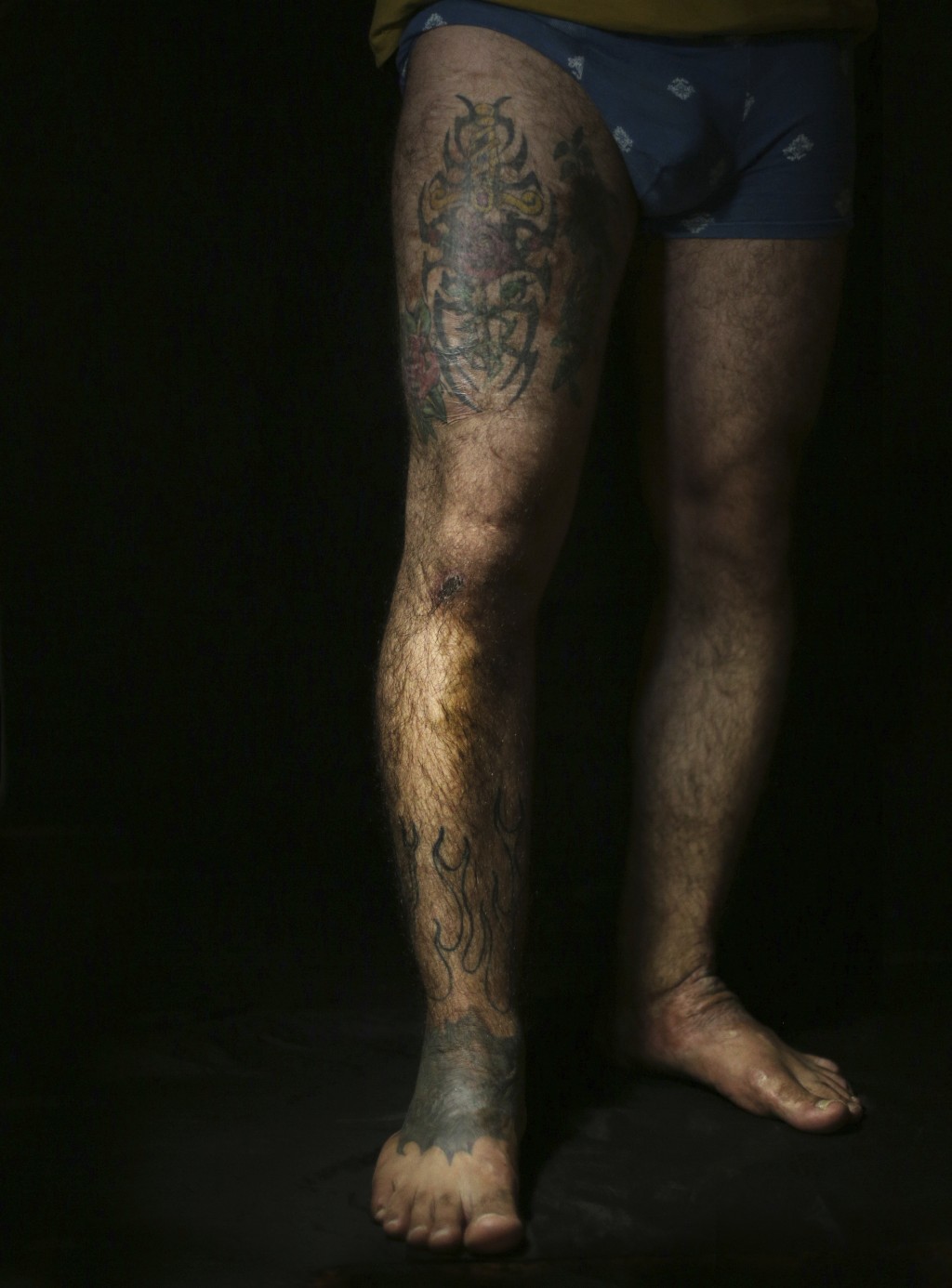 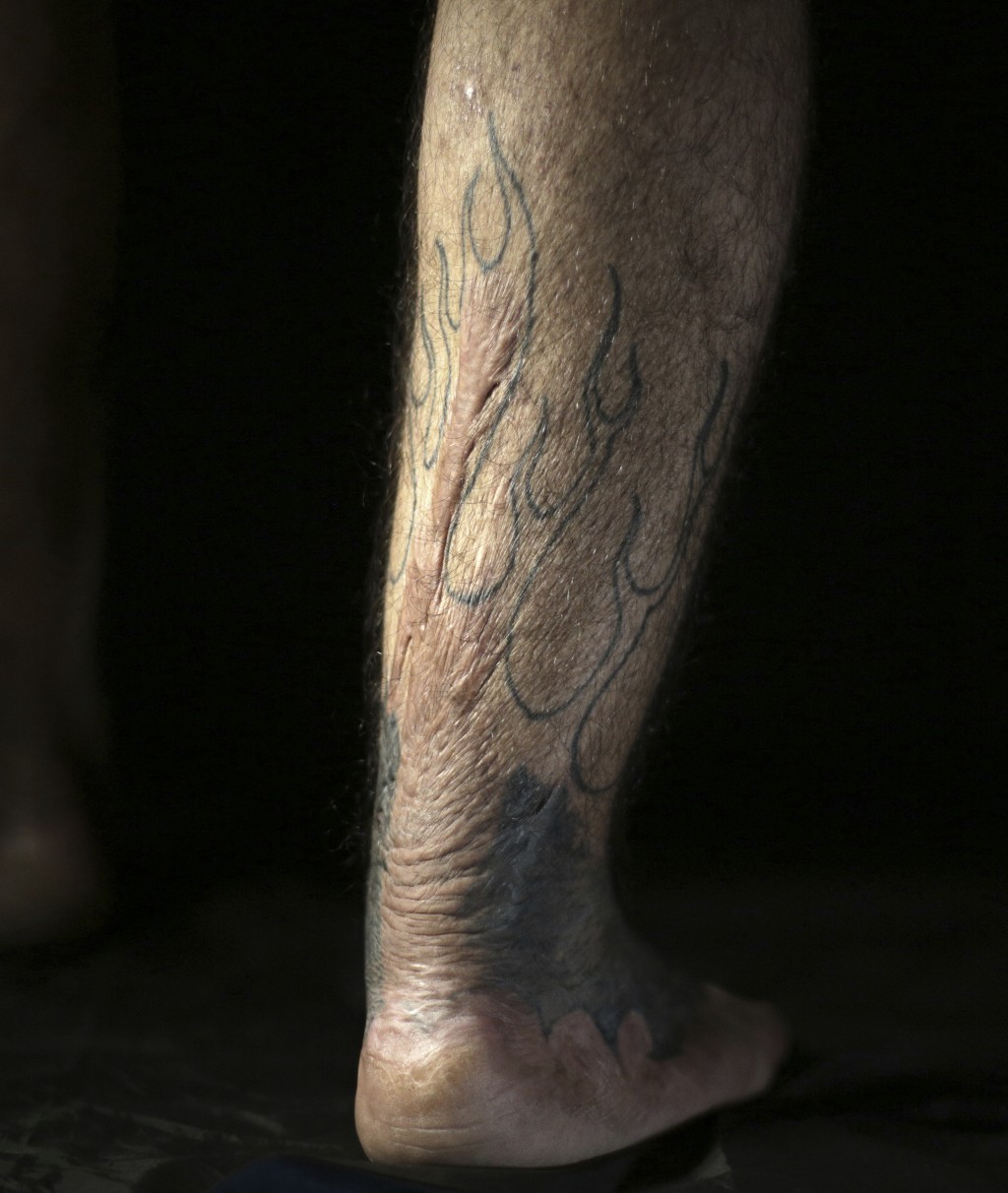 The face of his fiancee, who was killed in a car bomb near his Baghdad home in 2008, looks up from his right arm. Four years later, a suicide bomber rammed his army convoy in Fallujah, leaving burns across 70 percent of his body.

He survived both bombings, but was left with gruesome scars.

"People stared at me, and sometimes I felt they were scared of me at the swimming pool," the 36-year-old said.

So over the next four years he spent some $2,500 on tattoos, which now cover most of his body. There is a cross and a staircase, and above it a man representing Jesus flanked by two angels. There are flames and Japanese letters.

"Through Christian icons, I want to say that there is no difference between Muslims and Christians," said Khudeir, who is a Muslim. "The flames express the fire still raging inside me for my loss."

Years of war and unrest have inflicted physical and emotional scars on countless Iraqis. Aboud Abbas, who owns a tattoo studio in Baghdad, said around 20 people have come in this year asking for tattoos to conceal their scars, a 30 percent increase from last year.