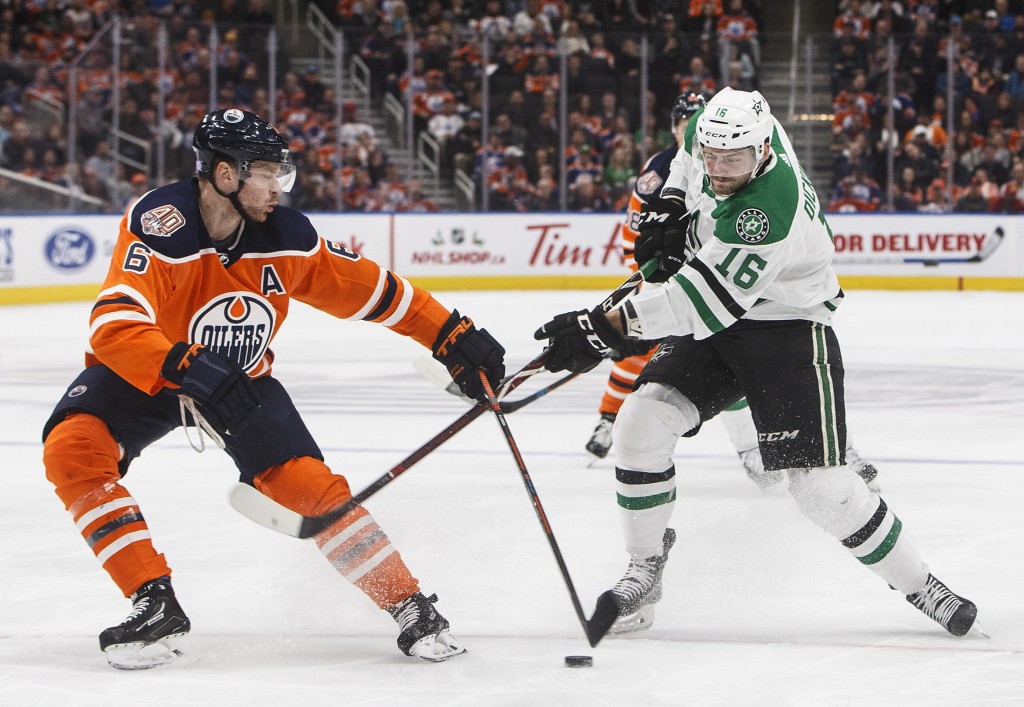 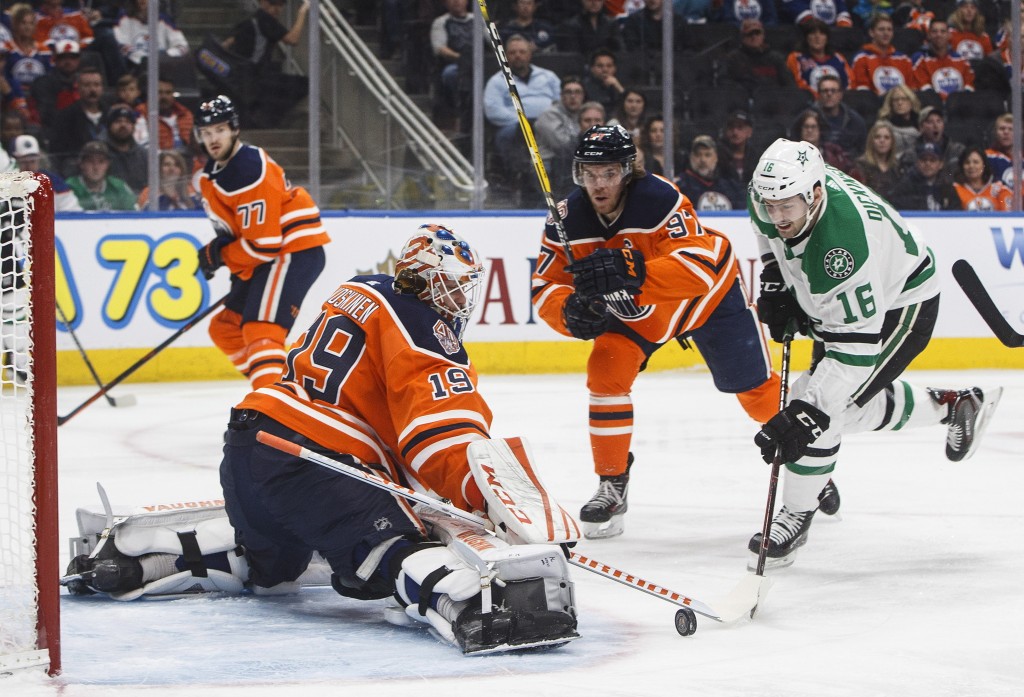 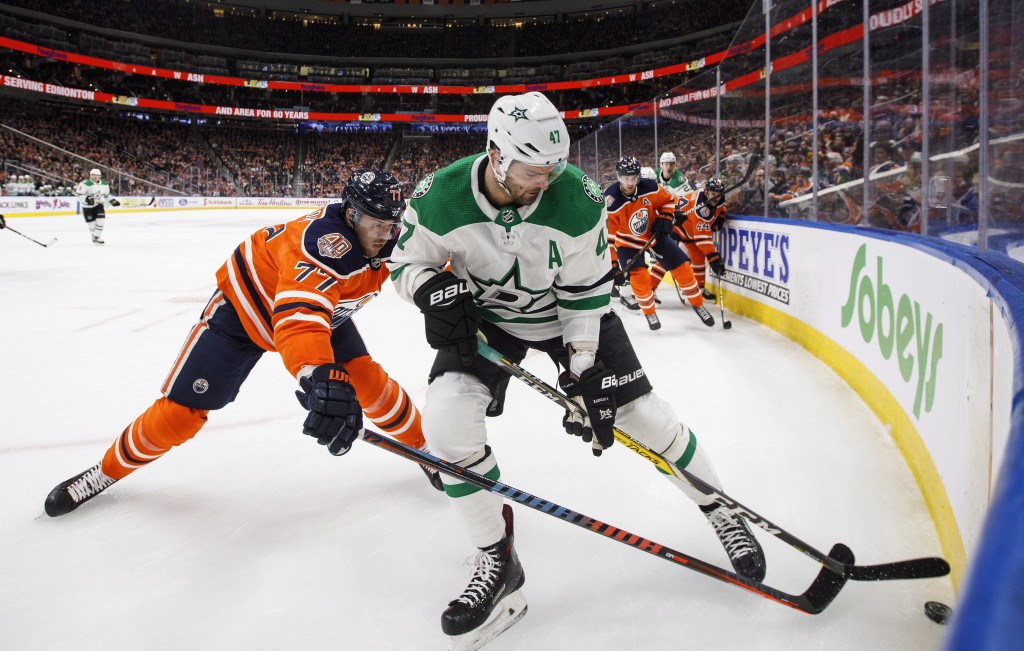 EDMONTON, Alberta (AP) — Oscar Klefbom scored his first goal of the season in overtime, leading Edmonton to a 1-0 victory over the Dallas Stars in coach Ken Hitchcock's home debut with the Oilers on Tuesday night.

Goalie Mikko Koskinen made 28 saves and earned his second career shutout for Edmonton.

Anton Khudobin stopped 30 shots for the Stars, who lost for the fourth time in five games.

Leon Draisaitl made a perfect pass 2:42 into overtime to set up Klefbom for the winner as the Oilers snapped a two-game losing skid.

After two scoreless periods, Edmonton's Ryan Spooner had one of the best chances of the game with four minutes left in the third period, but Khubodin came up with a clutch save.

At the other end, Koskinen stopped Dallas forward Jamie Benn in the final seconds of regulation.

Just 1:15 into overtime, Connor McDavid had a breakaway and was stopped, but the puck was poked by Dallas defender Alexander Radulov toward his own net. It appeared the puck crossed the line before being fished to safety, but the goal was disallowed after a video review.

NOTES: It was the first of three meetings between the Oilers and Stars this season. . Hitchcock first home game came against the team he coached last year and for seven seasons in a previous stint. An Edmonton native, Hitchcock came out of retirement on Nov. 20, replacing Todd McLellan. . The Stars were without six players due to injuries, including four defensemen and goaltender Ben Bishop, who missed his third game with a lower-body injury. . Oilers defenseman Andrej Sekera skated with the team for the first time this season on Tuesday, but is still expected to be out for at least a month with an Achilles tendon injury. . Chiasson started the game on the Oilers first line with McDavid after scoring four goals in his last six games.

Stars: At Calgary on Wednesday.