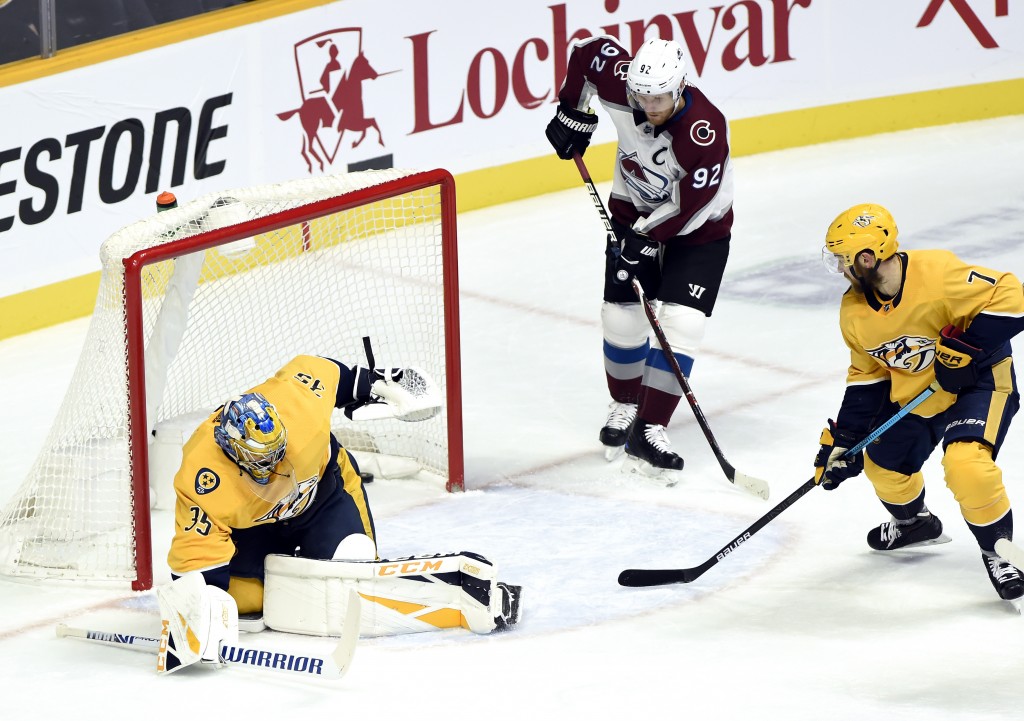 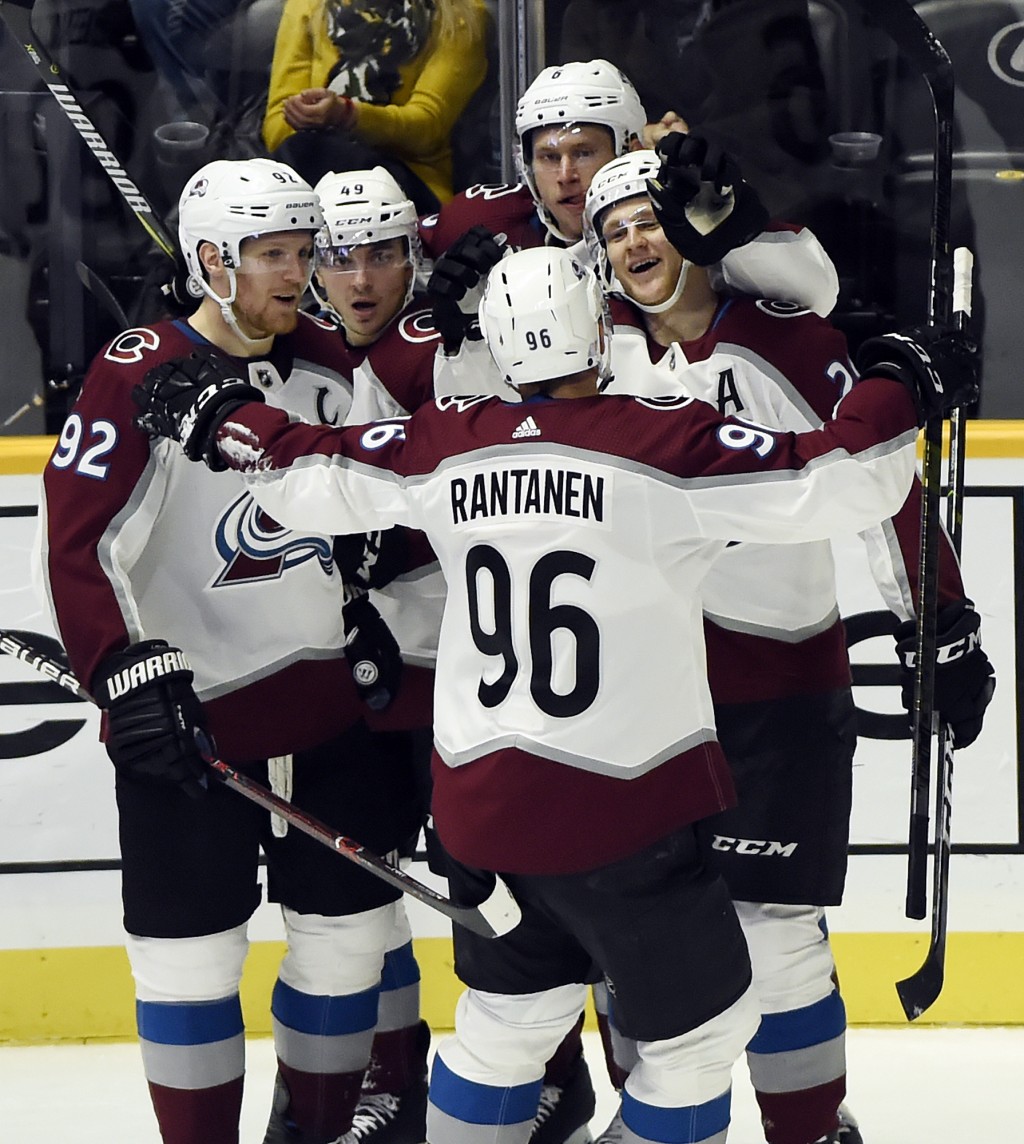 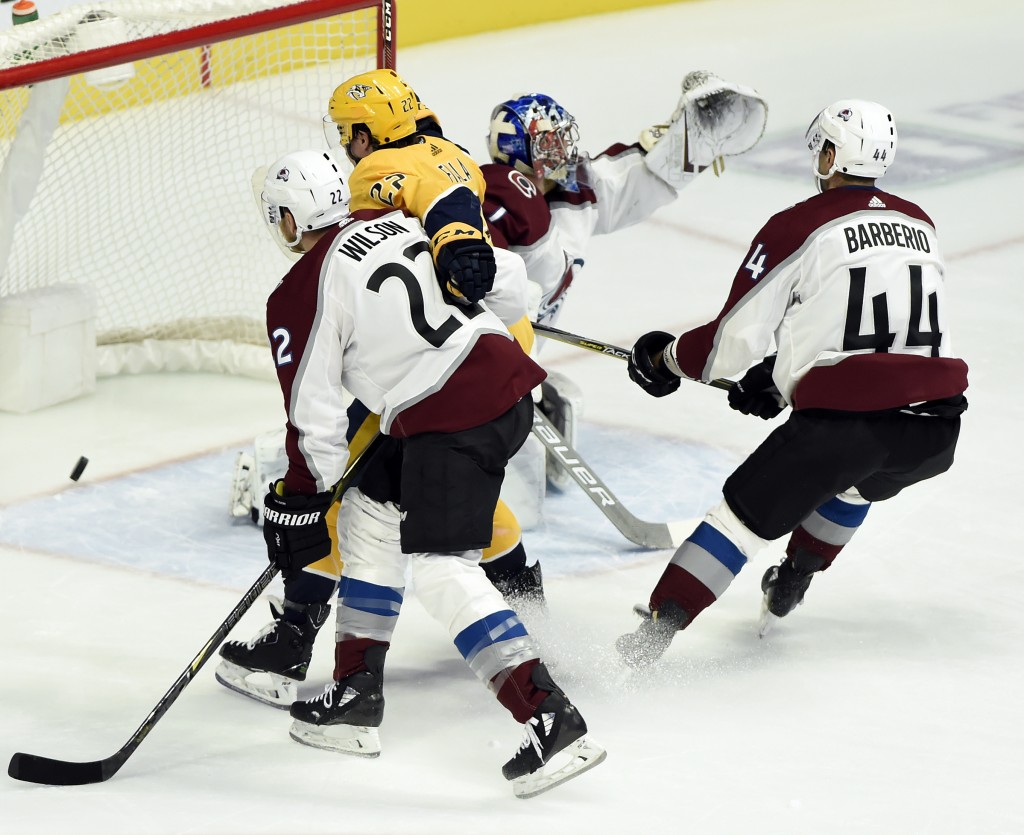 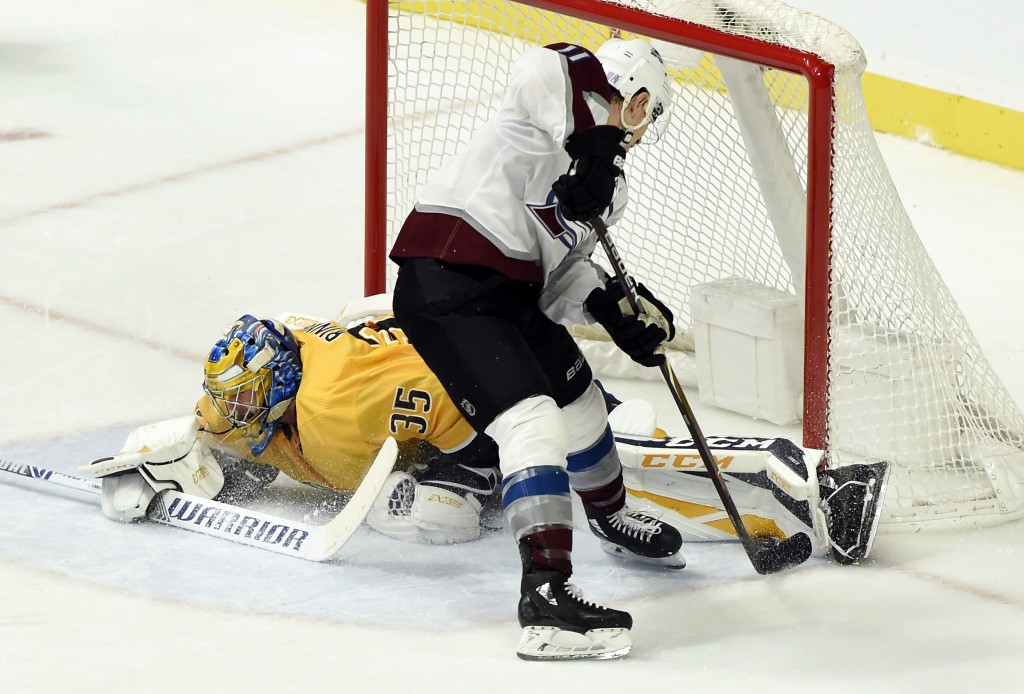 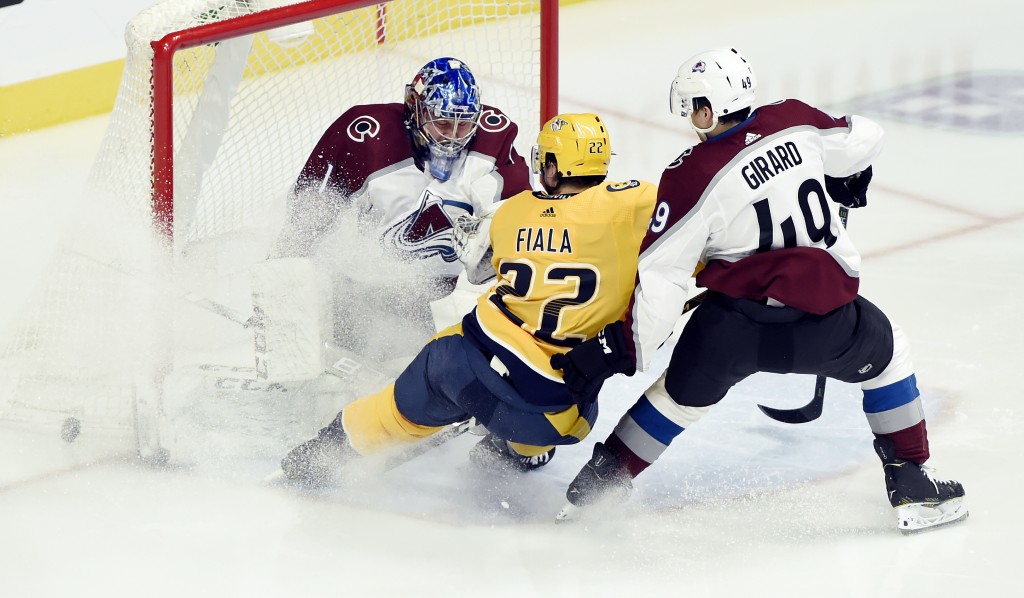 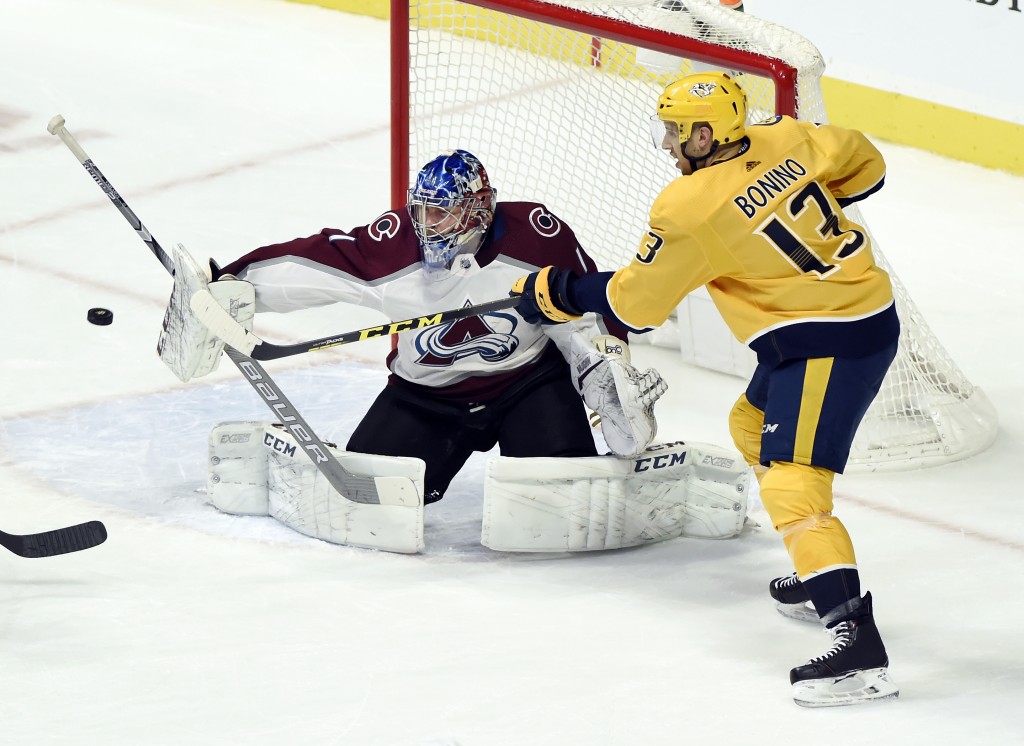 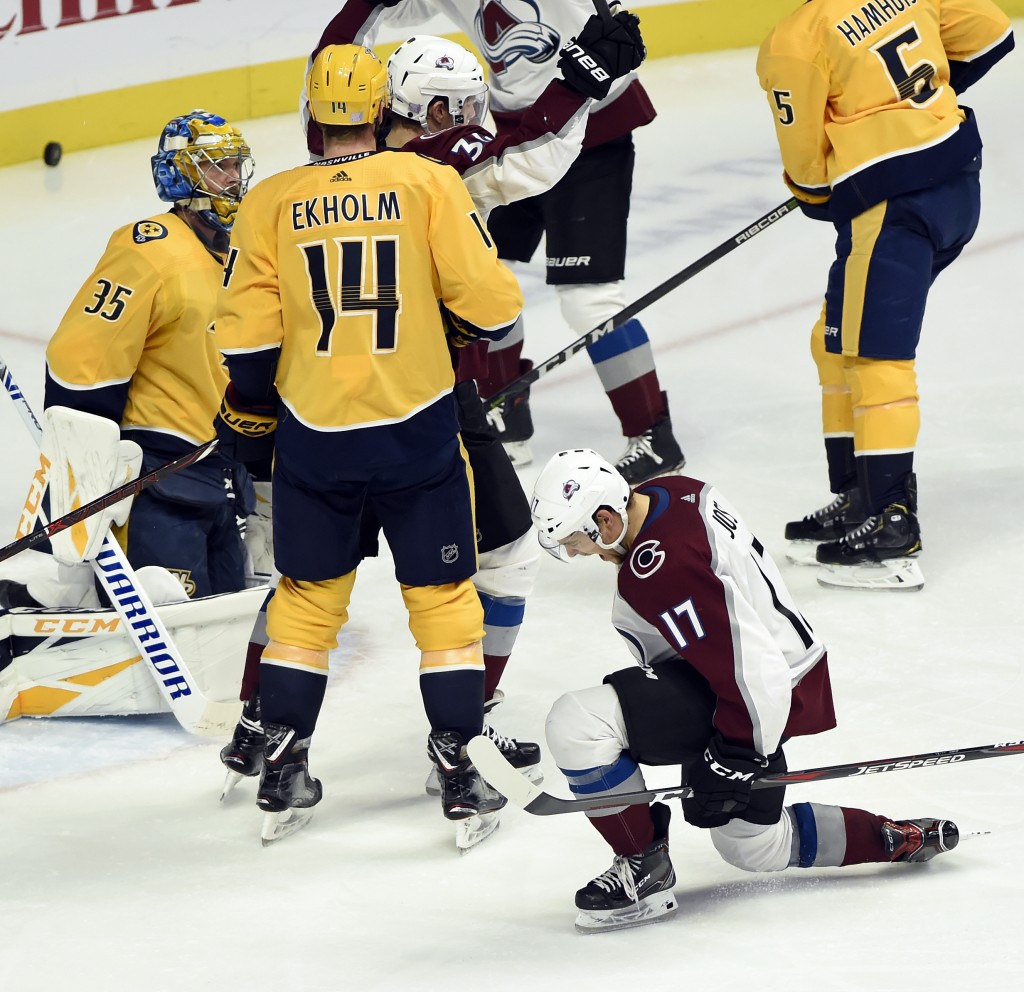 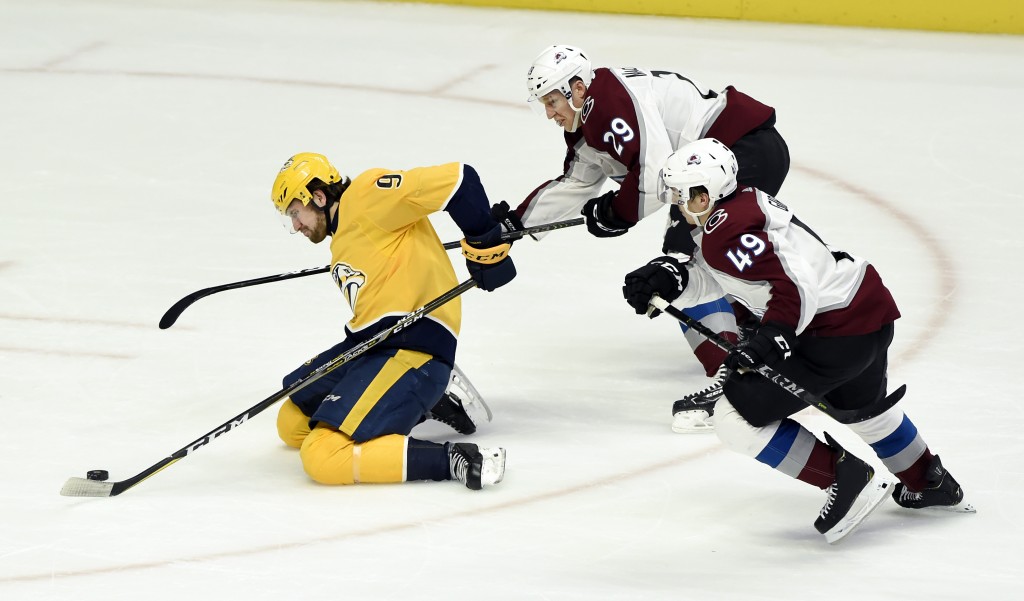 Tyson Jost had the other goal for the Avalanche, who have won five straight. Colorado also ended an 11-game losing streak to Nashville in the regular season.

Ryan Hartman and Kevin Fiala scored for the Predators.

With the game tied early in the third period and Colorado on a power play, J.T. Compher slid a pass to Jost in the left circle. He sent a wrist shot through traffic that slipped by Nashville goaltender Pekka Rinne.

Hartman scored the game's first goal at 11:07 of the opening period. He sent a wrist shot from the left point toward the Colorado net that went off the skate of Avalanche defenseman Samuel Girard's right skate and by a surprised Varlamov.

MacKinnon tied it 2:03 later with a power-play goal.

Mikko Rantanen sent a cross-ice pass to MacKinnon in the left circle, where he beat Rinne with a wrist shot underneath the left leg pad.

Rantanen and MacKinnon combined again at 6:22 of the second to give Colorado a 2-1 lead.

In the high slot, Rantanen found MacKinnon on the right side, and he skated to the lower part of the circle and beat Rinne with a wrist shot low to the far side.

Colorado is 11 for 22 on the power play in its last six games.

Girard, playing against his former team, picked up the secondary assist on both of MacKinnon's goals.

From above the left circle, Filip Forsberg sent a pass to Fiala skating through the slot, and he was able to redirect the puck by Varlamov on the glove side just underneath the crossbar.

NOTES: Nashville fell to 13-1-0 when scoring first. ... After not allowing a power-play goal in five consecutive games, the Predators have given up three in their last two games. ... Colorado has won five consecutive road games. ... MacKinnon has points in five straight games (five goals, six assists).