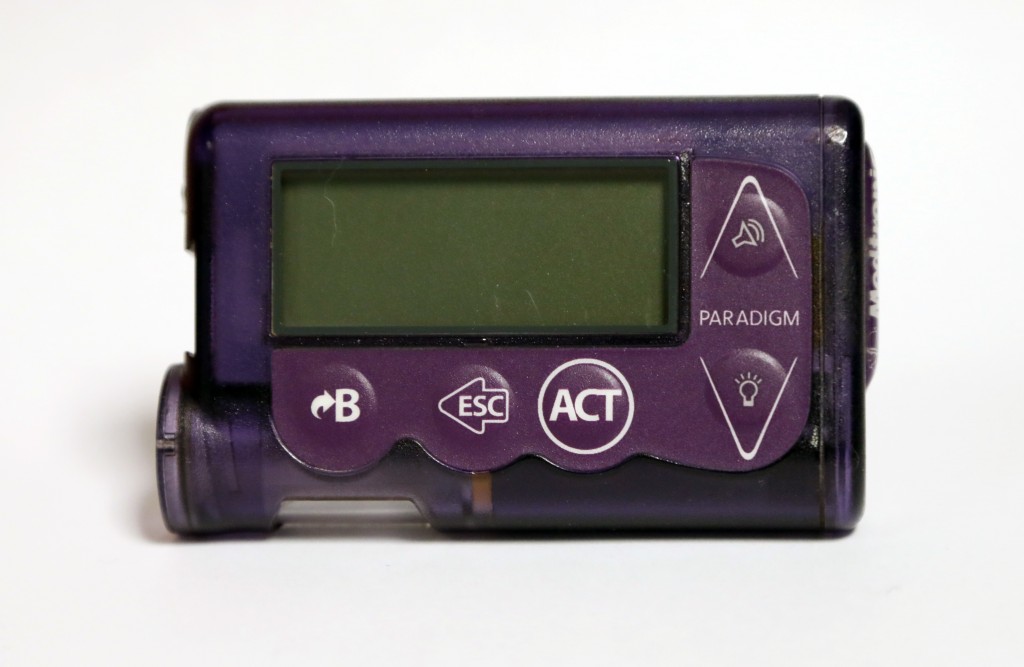 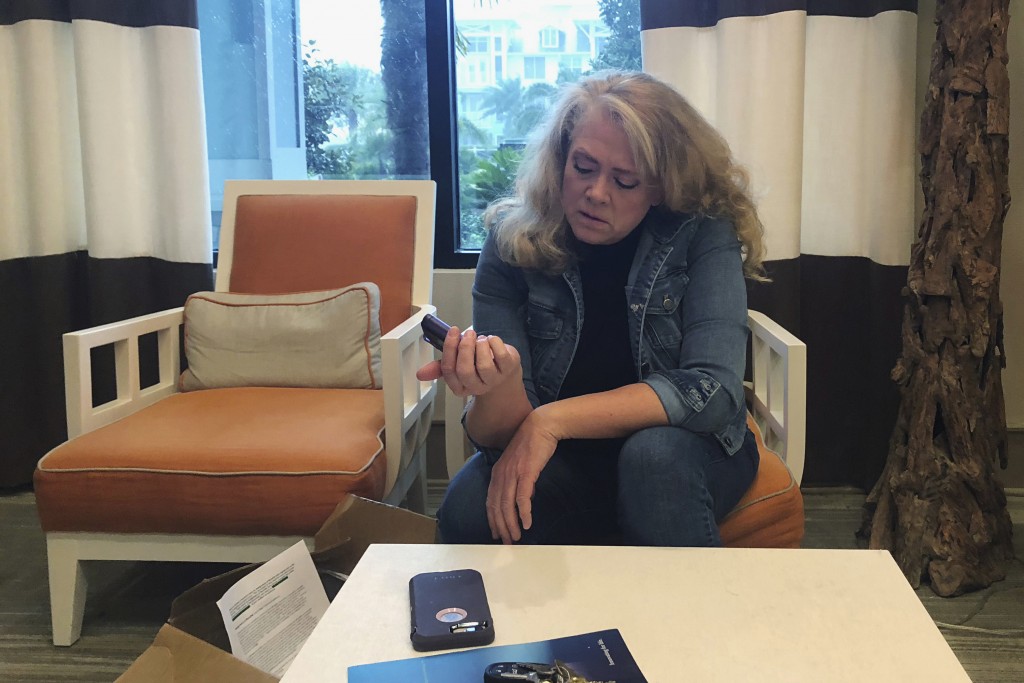 DESTIN, Florida (AP) — When Polly Varnado's 9-year-old daughter was diagnosed with Type 1 diabetes, it didn't take long for the family to hear about insulin pumps.

In September 2012, the girl picked out a purple one — her favorite color.

Over the next seven months, she proceeded to be hospitalized four times in a McComb, Mississippi medical center with high blood sugar. But when Varnado asked about all her daughter's problems, she said, her doctor blamed user error.

"They said it wasn't the insulin pump, it was my daughter," said Varnado, who became a registered nurse so that she could better care for the girl.

When it comes to medical devices, none have had more reported problems over the last decade than insulin pumps, a product that's used by hundreds of thousands of diabetics around the world, many of them children.

Collectively, insulin pumps and their components are responsible for the highest overall number of malfunction, injury and death reports in the U.S. Food and Drug Administration's medical device database, according to an Associated Press analysis of reports since 2008.

In terms of injuries alone, insulin pumps were second only to metal hip replacements, whose problems with metal shavings in the body causing damage to bone and tissue and other issues, have been well-documented and widely reported.

By contrast, problems with insulin pumps largely have flown under the radar.

Medical device companies and many experts say insulin pumps are safe devices that can help diabetics lead more normal lives. They blame user error for most reported problems, noting that the pumps are complicated devices requiring special training for patients.

The FDA notes that "diabetes is a dangerous disease, and people with diabetes who rely on insulin are at higher risk." The agency said it "has played a critical role helping to identify and address safety concerns for devices ... including pushing manufacturers to improve the safety of their designs."

Over the last decade, insulin pumps and pump parts made by Medtronic Inc. were subject to 20 manufacturer recalls and about 100 lawsuits alleging pump malfunctions, according to a joint investigation by the AP and the International Consortium of Investigative Journalists.

In a statement, Medtronic said it monitors the safety of its products through clinical trials and observational studies, and that "data supports both the safety and efficacy of our insulin pumps, which have helped hundreds of thousands of patients manage their diabetes."

Varnado said she was unaware of problems with insulin pumps before receiving a notice in July 2013 that Medtronic was recalling some batches of parts for the model her daughter had used.

She reached a confidential settlement with the company in March 2017 after filing a federal lawsuit contending the device failed to properly deliver enough insulin. She remains convinced that the device harmed her child.

"Once she got off the pump, she never went back to the hospital," Varnado said.

Dr. Ben Wheeler, a leading pediatric diabetes researcher in Australia, told the AP that the use of insulin pumps "appears safe" and is "potentially safer" than insulin injections, the traditional method of treatment.

Still, a 2015 study he co-authored found that 40 percent of insulin pump users experienced problems, "with a minority, particularly in children, requiring hospital management."

The study also said "it is noteworthy that overall pump failure rates do not appear to be improving with technological advances."

Diabetes results when the pancreas fails to make enough insulin or the body can't respond normally to the insulin that is produced. Insulin is essential in regulating blood glucose, which is produced by food and is the main source of energy for the body's cells.

Insulin pumps are small, computerized devices that mimic a normal pancreas, and have two main components — the pump and the infusion set. In addition to maintaining the device, users also must monitor their diets and manually input information, such as the rate of insulin delivery.

Companies aggressively market the device to adults and children. For instance, Medtronic — which makes most of the pumps in use today — has a company mascot, "Lenny the Lion," for its estimated 250,000 children users.

But experts say not everyone is a good candidate for the device and that potential users should be carefully screened to ensure they're suitable.

The FDA's data offers no explanation for why the devices have so many adverse events. Many of the reports filed by doctors, manufacturers and patients lack critical information — a reporting failure the FDA acknowledges across all devices.

For example, medical device companies and health care providers are supposed to file an adverse event report whenever a device is suspected of malfunctioning or contributing to an injury or death. The report should include a device problem code and describe what happened, which can help pinpoint problems with a particular device.But an AP analysis of the FDA data found that Medtronic did not include a device problem code on virtually any of its more than 150,000 reports of deaths or injuries related to insulin pumps since 2008. The FDA said device makers should include a problem code, but don't have to if the information is unknown.

The company cited a specific problem in only 2 percent of the cases — most often "Device Displays Incorrect Message."

In addition, the AP found that Medtronic offered "no conclusion can be drawn at this time" as the cause in more than 80 percent of the reports. The second most common phrase: "Currently it is unknown whether or not the device may have caused or contributed to the event as no product has been returned."

Matt Harman, an Atlanta-based attorney who has filed numerous lawsuits involving medical devices, including insulin pumps,, said users also aren't told that data can be lost if batteries are removed from some pump models.

"I can't tell you how many times we've gotten a call from a distraught, devastated family member who had a loved one who passed away under suspicious circumstances," he said. "But when we try to find out what happened, we can't if we don't have the data."

The FDA said it was aware of that problem in older insulin pumps and has encouraged manufacturers to develop devices with memories that won't be erased when power is lost or have the capability to send data to a secure server for storage.

The FDA notes that the number of pump recalls has decreased over the last five years — from about eight annually over the previous 10 years to an average of three per year — which it credits to a 2010 initiative aimed at ramping up requirements for manufacturers and increasing user awareness.

But 2013's recalls included one on the most serious level concerning the Medtronic MiniMed Paradigm insulin infusion set, with the FDA noting that "under certain conditions, the infusion set may malfunction and deliver an incorrect volume of insulin."

One filed in February in federal court in Mississippi alleges that Debbie Davis, a 56-year-old bank loan officer, died two months after an insulin pump "delivered up to a week's worth of insulin at one time."

Her husband, Mike Davis, told the AP that his wife had been diabetic for about 10 years and easily managed her disease with injections, but decided to try a pump in 2016 after hearing how it could help.

One morning in January 2017, David said, he couldn't wake his wife after she had filled her insulin pump and gone to bed. She lingered in a coma for two months.

Seven months later, Davis said he received a Medtronic recall notice warning of the "potential over-delivery of insulin." ''I just knew right then it was what did it," he said.

In court records in the ongoing litigation, Medtronic denied the "devices malfunctioned, or that they were defective in any way."