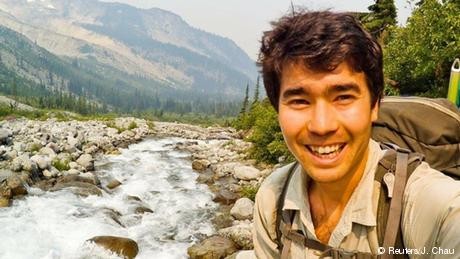 If Indian policecontinue in their pursuit to recover the body of an American missionary allegedly killed by islanders on North Sentinel Island, the indigenous Sentinlese tribe could be "wiped out" if any outside diseases were introduced, Survival International said on Monday.

"The risk of a deadly epidemic of flu, measles or other outside disease is very real, and increases with every such contact," the organization, which works to protect tribal people, said.

John Allen Chau, 26, is believed to have been killed last week after paying fishermen to smuggle him to the island, which is part of the Andaman and Nicobar archipelago in the Bay of Bengal. The Indian government has for years closed off the island to visitors to protect the tribe.

Notes left behind by Chau said that he wanted to bring Christianity to the island. He had visited it multiple times before by canoe and said in his diary that he believed he would be killed if he returned.

Fishermen that aided Chau said they saw Sentinelese tribesmen drag his body across the shore and bury him in the sand. Seven people who helped Chau reach the island have been arrested.

Indian officials have traveled near the North Sentinel Island multiple times since Chau's death, but have not set foot on its shores. Authorities have been consulting with anthropologists, psychologists and tribal experts to aid their recovery effort.

"They are a treasure," Dependera Pathak, police chief in the Andaman and Nicobar islands, said of the Sentinelese people.

"We cannot go and force our way in. We don't want to harm them."

A group of anthropologists, journalists and activists have also called on Indian authorities to end their recovery effort for Chau's body, saying in a joint statement that the search could lead to a "completely unwarranted loss of life."

"The rights and the desires of the Sentinelese need to be respected and nothing is to be achieved by escalating the conflict and tension, and worse, to creat a situation where more harm is caused," they said.

The Sentinelese are considered to be one of the last uncontacted peoples in the world. The population of North Sentinel Island, which is about the size of Manhattan, is estimated to be 40-125 people.

They have a history of violently resisting outsiders. In the aftermath of an Indian Ocean Tsunami in 2004, an islander was photographed firing arrows at an Indian Coast Guard helicopter. They also killed two fishermen whose boat had drifted onto the island, first burying them on the beach before digging up the bodies and propping them upright a few days later.