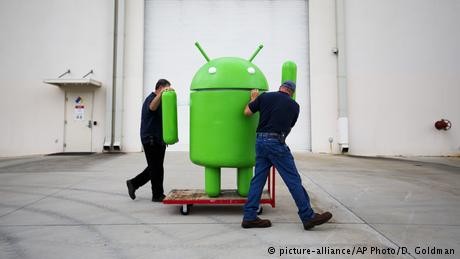 European consumer agencies on Tuesday said they will file complaints against Google for allegedly breaching the EU's data protection law GDPR by tracking the movement of users without their consent through features such as "location history" and "web and app activity."

Consumer groups from the Czech Republic, Denmark, Greece, the Netherlands, Norway, Poland, Slovenia and Sweden said they will file complaints with their countries' respective data protection authorities, which is basic procedure under GDPR.

"These unfair practices leave consumers in the dark about the use of their personal data," the European Consumer Organization said in a statement. "They do not give consumers a real choice other than providing their location data, which is then used by the company for a wide range of purposes, including targeted advertising."

Read more: Europe looking to find its platform for the digital age

But Google has rejected the allegations. A company spokesman told Reuters news agency that "location history" is turned off "by default." He added that users can decide to edit, delete or pause its use whenever they want to.

"If you pause it, we make clear that — depending on your individual phone and app settings — we might still collect and use location data to improve your Google experience," the spokesman said.

Google has consistently asserted its commitment to GDPR, saying its services comply with the EU regulation.

The GDPR, formerly known as the EU's General Data Protection Regulation, went into effect on May 25, 2018. But this isn't the first time Google has been targeted by GDPR complaints.

On day one of enforcement, Austrian digital rights group Noyb filed complaints against Google's Android application for what it described as "forced consent." Instead of making users feel free to make a decision about a service's data privacy policy, "the opposite feeling spread on the screens" of users, the group argued.

Under GDPR, an entity such as Google can be fined up to 4 percent of global revenues for violations.

Read more: How Google envisions the future of journalism