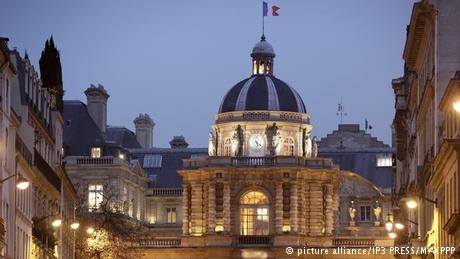 French security services earlier this week arrested Benoit Quennedey, an official in the upper house Senate who heads the Franco-Korean Friendship Association, according to media reports circulating on Tuesday.

Quennedey is under investigation for the suspected "collection and delivery of information to a foreign power likely to undermine the fundamental interests of the nation," a judicial source told AFP news agency on Monday.

French media described Quennedey as an activist of the Radical Party of the Left. He has written several books about North Korea and regularly appears on Russian broadcaster RT France as an "international affairs expert."

During his RT appearances, he has praised thawing relations on the Korean Peninsula. French journalist Romain Caillet tweeted a photo of Quennedey during an RT interview.

In an official capacity, he serves as a senior administrator in the Senate's department of architecture, heritage and gardens. Sources said his Senate office was raided.

The French government does not maintain diplomatic relations with North Korea. Instead, it has a French Cooperation Office in the country, which is tasked with promoting humanitarian and cultural activities.

In October, French President Emmanuel Macron said his government is ready to "play an active role" in negotiating denuclearization on the Korean Peninsula.

"We are waiting for precise commitments from Pyongyang to demonstrate its real desire to engage in a dismantlement of its nuclear and ballistic programs," Macron said after meeting with his South Korean counterpart, Moon Jae-in.

In June, US President Donald Trump met with North Korean leader Kim Jong Un in Singapore for a historic summit between both countries. Trump and Kim agreed during the summit to "complete denuclearization" of the Korean Peninsula.

Read more: North Korea does not want to be like East Germany