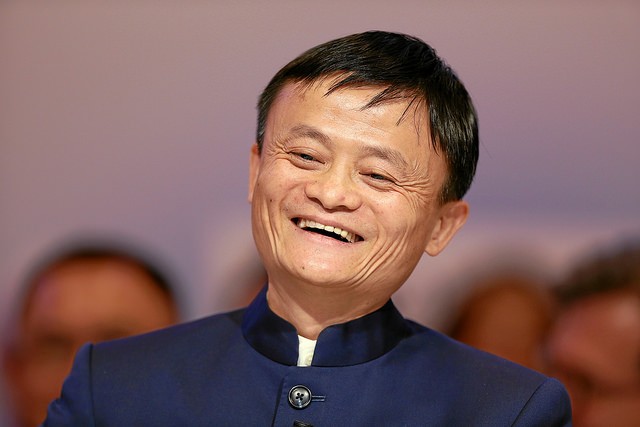 TAIPEI (Taiwan News) -- Jack Ma, China's richest man and owner of Alibaba and South China Morning Post, was confirmed to be a member of the Chinese Communist Party (CCP) by China's state-run mouthpiece, the People's Daily.

Yesterday (Nov. 26), when announcing that the totalitarian regime will honor 100 people for the 40th anniversary of its "reform and opening up," the People's Daily revealed that the 54-year-old former English teacher-turned tycoon is a member of the Chinese Communist Party. The article stated that the Central Committee of the Communist Party of China will be honoring Ma along with many other hand-picked individuals, who are primarily members of the party, for their their contributions to the country's economic reforms termed "socialism with Chinese characteristics."

Ma, who the Chinese-owned Forbes lists as having a net worth of $35.8 billion, was chosen for being a "huge driving force for domestic demand," according the report. The People's Daily trumpeted Ma's accomplishments while at the helm of Alibaba, such as helping it to reach the top 10 in the world in terms of market value and "making China a leading player in the international e-commerce industry, internet finance, and cloud computing, spawning a large number of entrepreneurs and start-ups."

However, a report by the US Trade Representative in January placed Alibaba's site Taobao on its annual "notorious markets" review. Despite some meager attempts at curbing the flood of fake goods on the website, "the prevalence of infringing listings and sales continues to be a challenge," according to the report.

After Ma's purchase of the South China Morning Post in April of 2016, and despite pledging that Alibaba’s management would not take part in the Post's newsroom operations, the editorial stance has taken a decidedly pro-Communist China and anti-Taiwan tack over the past two years, in what critics have called a pioneering new form of propaganda. The news confirming Ma is indeed a member of the CCP adds fuel to those who question the journalistic integrity of the 115-year-old English-language newspaper.

The paper did not reveal when Ma became a member of the Communist Party, and when asked for a comment on the announcement, he declined to make a statement. However, a spokesman told Reuters that "Political affiliation of any executive does not influence the company's business decision-making process."

In September, Ma announced that he would step down as chairman of Alibaba next year. It is not yet known what level Ma's participation is in the Communist Party, or if it had any influence on his decision to step down as head of the corporation.