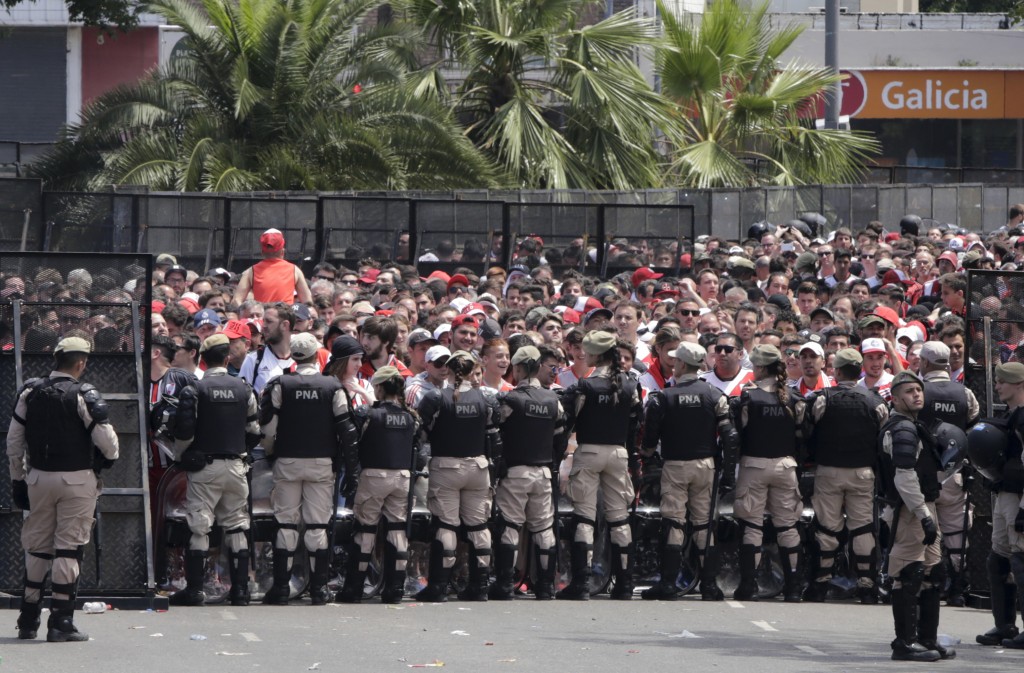 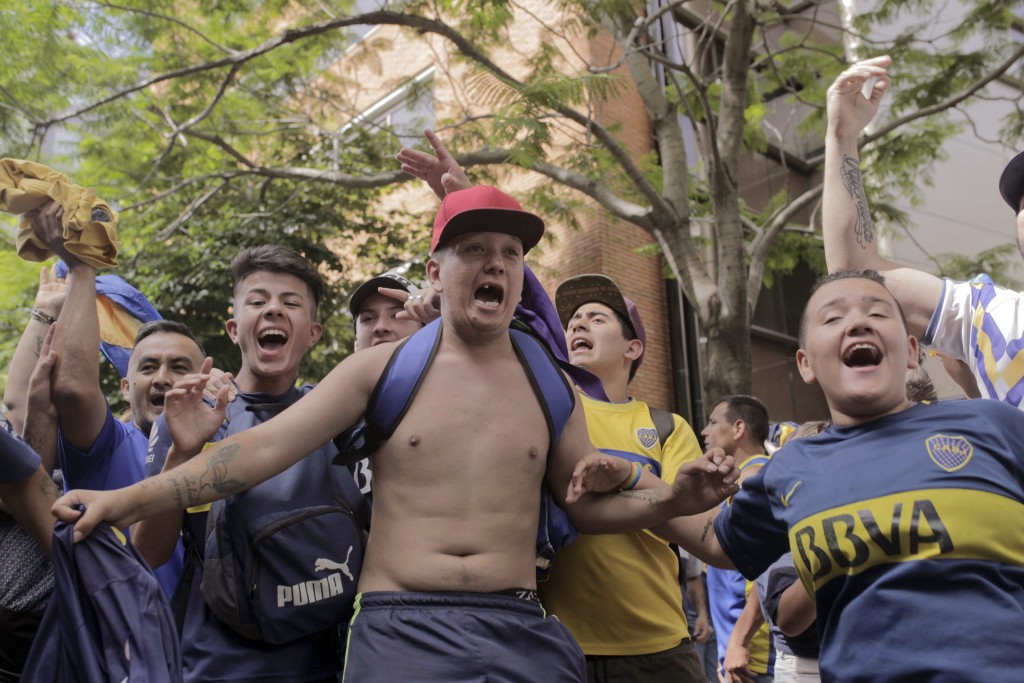 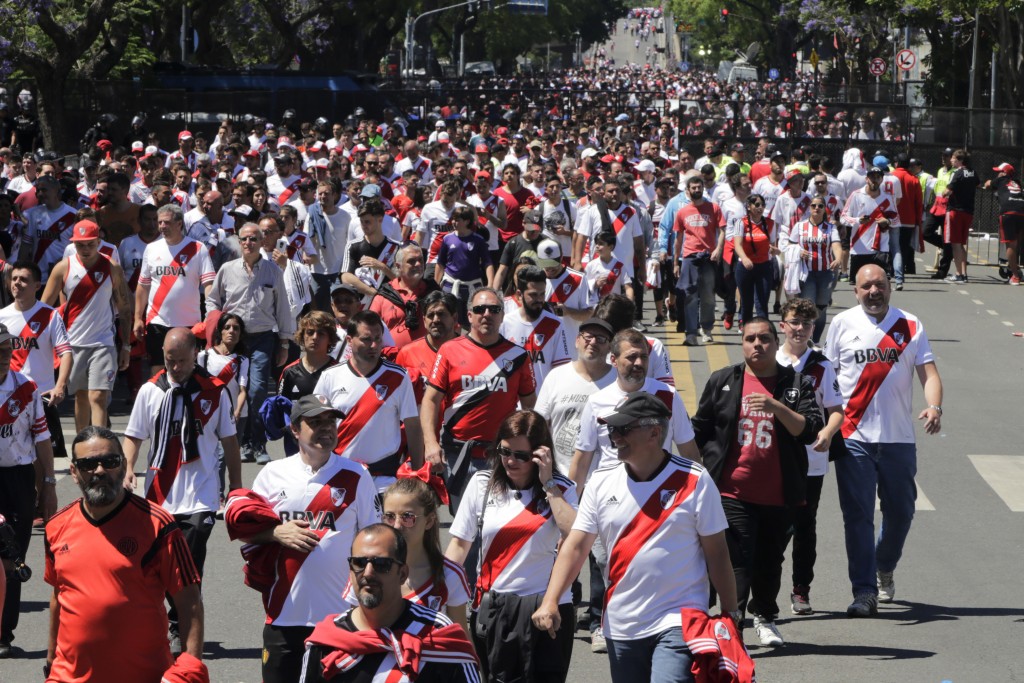 BUENOS AIRES, Argentina (AP) — The most anticipated Copa Libertadores final in years might not be decided on the pitch.

The disciplinary committee of South American soccer body CONMEBOL will decide on Tuesday whether to disqualify River Plate, force the second leg with archrival Boca Juniors to be played behind closed doors, or transfer the match to a neutral stadium. The first leg was drawn 2-2.

River fans attacked the Boca team bus near River's stadium on Saturday, pelting it with rocks, bottles and wood, and shattering windows. Several players were injured, and had trouble breathing because of tear gas and pepper spray used by police to quell the fan violence.

CONMEBOL postponed the final from Saturday to Sunday, then postponed it on Sunday indefinitely when it was obvious the Boca team was in no fit state to play what Argentines have been hyping as "the final of the century."

The fate of the South American club title now rests with administrators.

In 2015, CONMEBOL disqualified Boca in the round of 16 after River players were attacked with pepper spray on the pitch of Boca's La Bombonera stadium.

"Any sanction different from the one applied to Boca would bring a clear and unfair discrepancy," Boca wrote to CONMEBOL on Monday.

Boca has threatened to take the case to the Court of Arbitration for Sport if River is not sanctioned.

River President Rodolfo D*Onofrio said his club can't be blamed for public security breaches, and accused his Boca counterpart Daniel Angelici of breaking his word after promising to play.

The chaotic final is a blow to CONMEBOL amid its attempt to clean up after several of its top executives were caught in corruption scandals, some associated with Copa Libertadores broadcasting rights. President Alejandro Dominguez says he wants to make the soccer body more transparent and open the Copa to teams from other confederations.

But this Copa has been mired by controversial decisions.

River coach Marcelo Gallardo was suspended before the second leg of the semifinal against Brazil's Gremio because of his team's constant late return to the field after halftime. But he defied the ban and was in River's dressing room in Porto Alegre. The Brazilian club wanted sanctions against River but CONMEBOL only extended Galllardo's ban to the two final matches.

In a similar incident at the same stage of the tournament, Argentina's Independiente was declared a default winner by 3-0 in the first leg against Santos because the Brazilian side fielded suspended midfielder Carlos Sanchez.

CONMEBOL also annulled a decision made on the pitch. Brazilian defender Dede of Cruzeiro was shockingly sent off in the first leg of the quarterfinal against Boca after an accidental collision witht goalkeeper Esteban Andrada. Dede was allowed to play in the second leg.