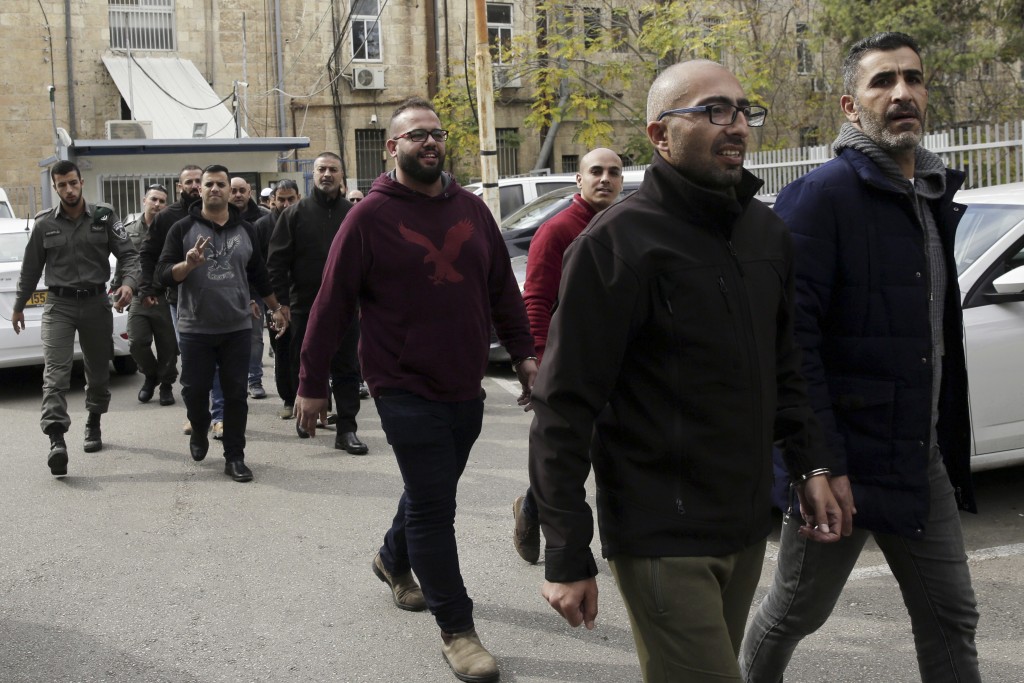 Interim peace accords state that residents of Israel are not allowed to cooperate with Palestinian security forces in the West Bank.

Monday's arrests come after recent tension between Israel and Palestinians in east Jerusalem, an area the Palestinians claim as their capital. Israel captured east Jerusalem in the 1967 Mideast war and annexed it to its capital — a move that is not internationally recognized.

The suspects appeared in a Jerusalem court on Monday. On Sunday the Palestinians' Jerusalem governor was arrested on similar charges.

Police say all of the suspects will be held through Thursday.