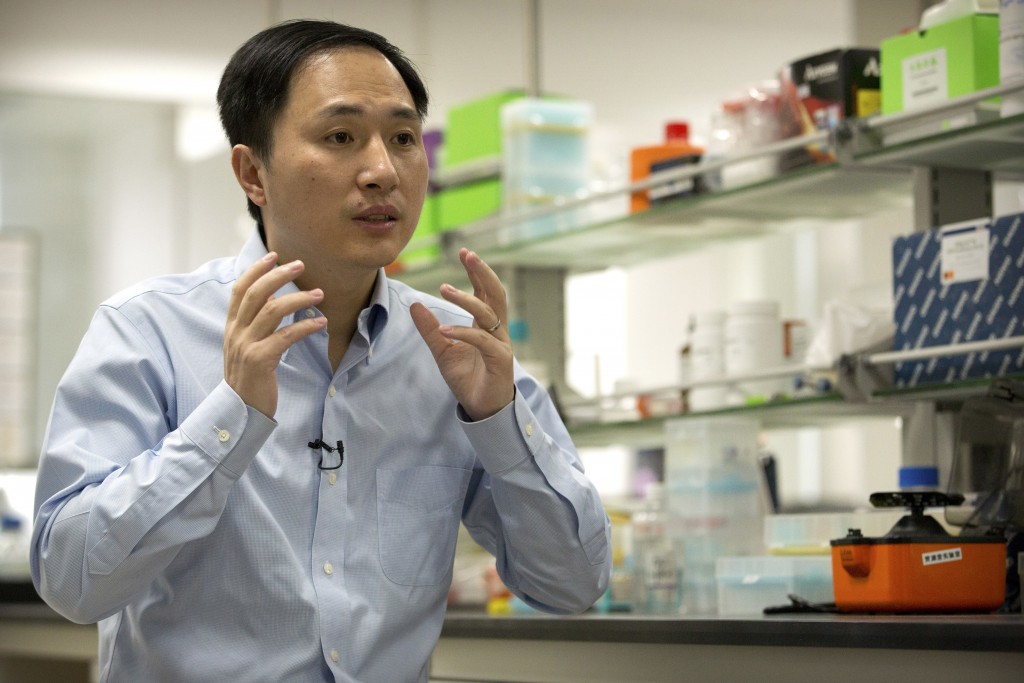 HONG KONG (AP) — More than 100 scientists have signed a petition calling for greater oversight on gene editing experiments after a researcher in China claimed he altered the DNA of twin girls born earlier this month.

He Jiankui of Southern University of Science and Technology of China says he did it to try to help the babies resist possible future HIV infection. His claim could not be independently confirmed.

A spokesman for He confirmed that he has been on leave from teaching since early this year, but he remains on the faculty and has a lab at the university.

Shenzhen city authorities where He's lab is located has also launched a medical and ethics investigation.