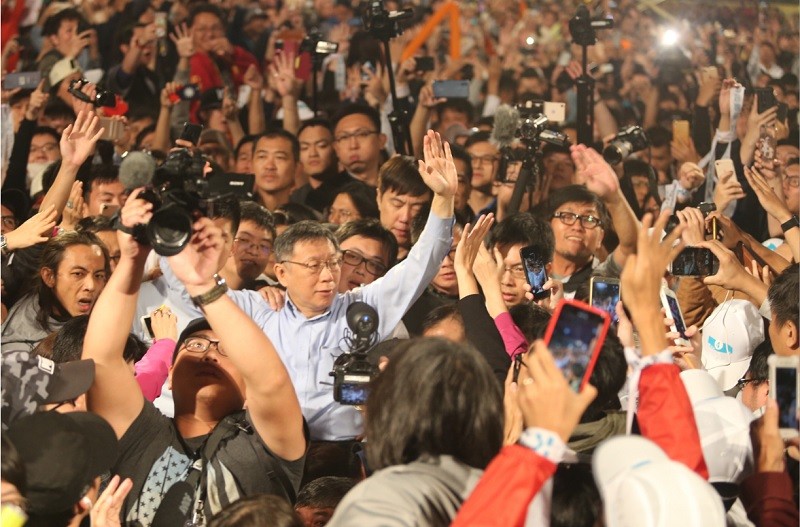 Ko and his supporters celebrate in the early morning of Nov. 25.

TAIPEI (Taiwan News) – Since Taipei Mayor Ko Wen-je’s (柯文哲) re-election was confirmed through Taiwan's local elections on Nov. 24. The date for the Taipei-Shanghai Forum has finally been set on Thursday Dec. 20, according to Yi-ting Liu (劉奕霆), a spokesman for the Taipei City Government.

The Central News Agency (CNA) today quoted Liu as saying that the theme of the Taipei-Shanghai Forum will focus on "circular economy". Further, the organizer plans to invite Shanghai Mayor Ying Yong (應勇) to attend the meeting. Details will be announced as soon as possible, according to Liu.

In an earlier report today, CNA quoted an insider who said that the forum could be held in the middle or late December.

The source said that according to the municipal government’s schedule, the heads of the government will resign on December 18, and the re-elected mayor Ko will take office on the 25th, while on the 31st of December, New Year’s celebrations have already been scheduled.

As the schedule is tight, the only proper time for the twin-city forum seems to be in middle or late December.

During this year's so-called “election year”, Taiwanese media have been curious about whether the forum will be held, as well as the time and place for the annual event as cross-strait relations remain tense.

In July, Ko announced the decision about the forum will be made after Taiwan’s local elections.

In fact, preparations for the forum have already begun. According to United Daily News, a senior official of the Taipei City Government went to China in early November, probably to talk about arrangement of the twin-city forum.

Besides, after his re-election was confirmed in early morning of Nov. 25, Ko himself held a meeting in the afternoon about arrangements of the Taipei-Shanghai Forum.

Shanghai has always been considered a core area by the Chinese Communist Party (CCP) concerning China’s dealings with Taiwan, spanning business exchanges and other activities.