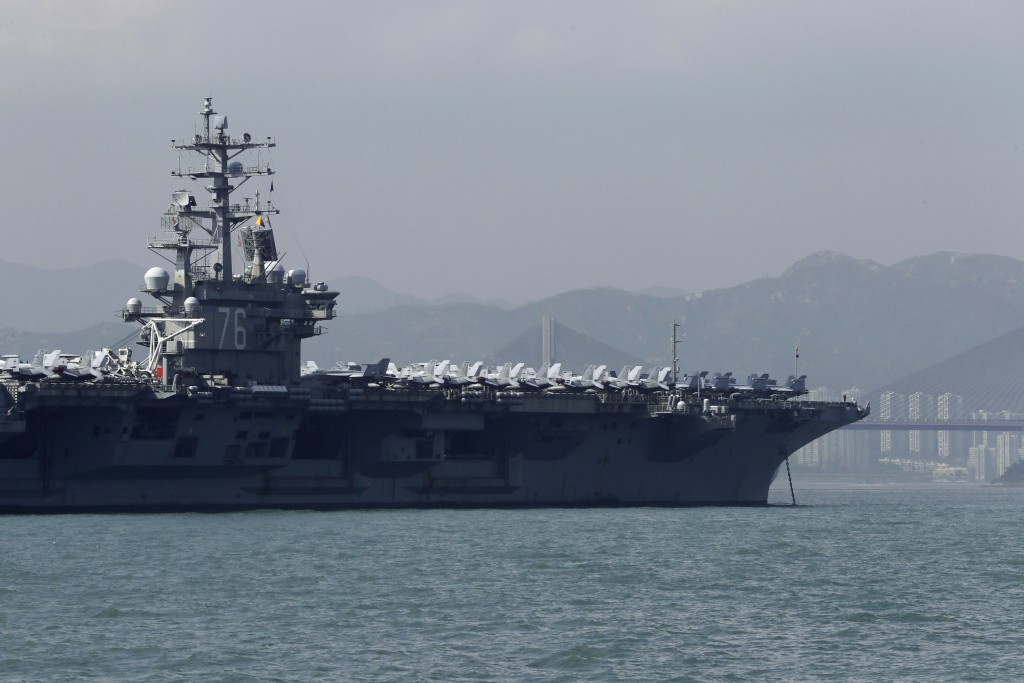 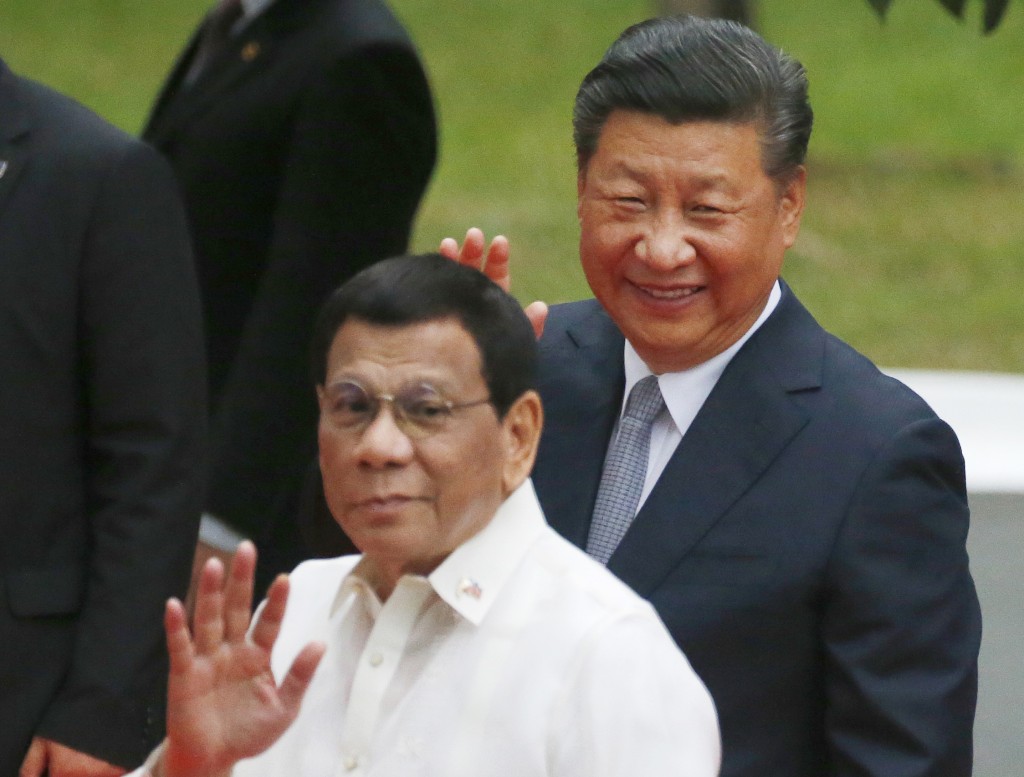 US CARRIER IN HONG KONG AFTER BOMBERS FLY OVER S. CHINA SEA

A U.S. aircraft carrier docked in Hong Kong last week, days after a pair of American B-52 bombers flew over the South China Sea.

The arrival of the USS Ronald Reagan and its battle group in the Asian financial hub was seen as a friendly gesture ahead of a planned meeting later this month between President Donald Trump and Chinese leader Xi Jinping. That will mark the first time they've sat down together since the start of a bitter trade war and amid tensions over the South China Sea.

In late September, a Chinese destroyer came close to the USS Decatur in the South China Sea in what the U.S. Navy called an "unsafe and unprofessional maneuver."

Asked to comment on the incident, Rear Adm. Karl O. Thomas, commander of Carrier Strike Group 5, said the "vast majority of our interactions out there at sea are very professional."

"That was a rare, unusual occurrence," Thomas told reporters at a ship-board news conference. "It was unfortunate and I'd like to see that not happen again."

PHOTOS POINT TO NEW CONSTRUCTION ON REEF HELD BY CHINA

The Washington-based Center for Strategic and International Studies, or CSIS, reported that China had installed a new platform on Bombay Reef, a remote undeveloped feature in the Chinese-controlled Paracel Islands in the South China Sea. Vietnam and Taiwan also claim the reef.

The platform appears to be topped with a radome and solar panels, and its strategic location makes it likely it is intended to extend China's radar or signals intelligence collection in the area, the report said. Bombay Reef already has a lighthouse to serve as an aid to navigation.

Unlike China's large man-made islands created by piling sand on top of coral reefs, installing the modestly sized Bombay Reef platform did not require inflicting major environmental damage, CSIS said. However, that illustrates how easily China could expand its footprint to other features such as Scarborough Shoal, which it seized from the Philippines in 2012, it added.

Compared to dredging and reclamation, the installation of a modest platform would be "harder to prevent at the time and more difficult to rally international condemnation against after the fact," the report said.

Chinese Foreign Ministry spokesman Geng Shuang said he had no information about the details of the report, while reasserting China's right to carry out development on islands it claims.

Chinese President Xi Jinping said negotiations between Beijing and Southeast Asian nations on a nonaggression pact to prevent clashes in the South China Sea could be concluded in three years and promised that any differences will be dealt with peacefully.

Xi made the assurances after holding talks with President Rodrigo Duterte and other officials on a visit to the Philippines aimed at deepening relations with the American treaty ally.

Xi's overnight visit to the Philippine capital, Manila, was his last stop on a three-nation swing through Asia, where he has offered infrastructure loans and aid and championed free trade amid a rivalry for regional influence with the United States.

"We will continue to manage contentious issues and promote maritime cooperation through friendly consultation," Xi said. He said China aims to conclude the talks on the "code of conduct" in the disputed waters with the Association of Southeast Asian Nations within three years.

During Xi's visit to the Philippines, the sides signed a "memorandum of understanding on cooperation on oil and gas development," but officials provided few details.

Ahead of Xi's visit, China and the Philippines tried to negotiate an agreement allowing joint oil and gas exploration in the disputed waters. No consensus appeared to have been reached.

"It's a cooperation to find ways to find a solution," Philippine Energy Secretary Alfonso Cusi said of the agreement signed during Xi's visit.

Filipino nationalists have warned that any agreement that can undermine the Philippines' internationally recognized exclusive rights to fish and exploit resources within 200 nautical miles of the country's coast would violate the Philippine constitution.

Beijing's relations with Manila deteriorated over the territorial rifts until Duterte won the presidency in mid-2016 and sought to rebuild ties with China while criticizing U.S. security policies in a dramatic pivot. The administration of Duterte's predecessor, Benigno Aquino III, had brought the territorial disputes with China to international arbitration and won, but China has ignored the outcome.