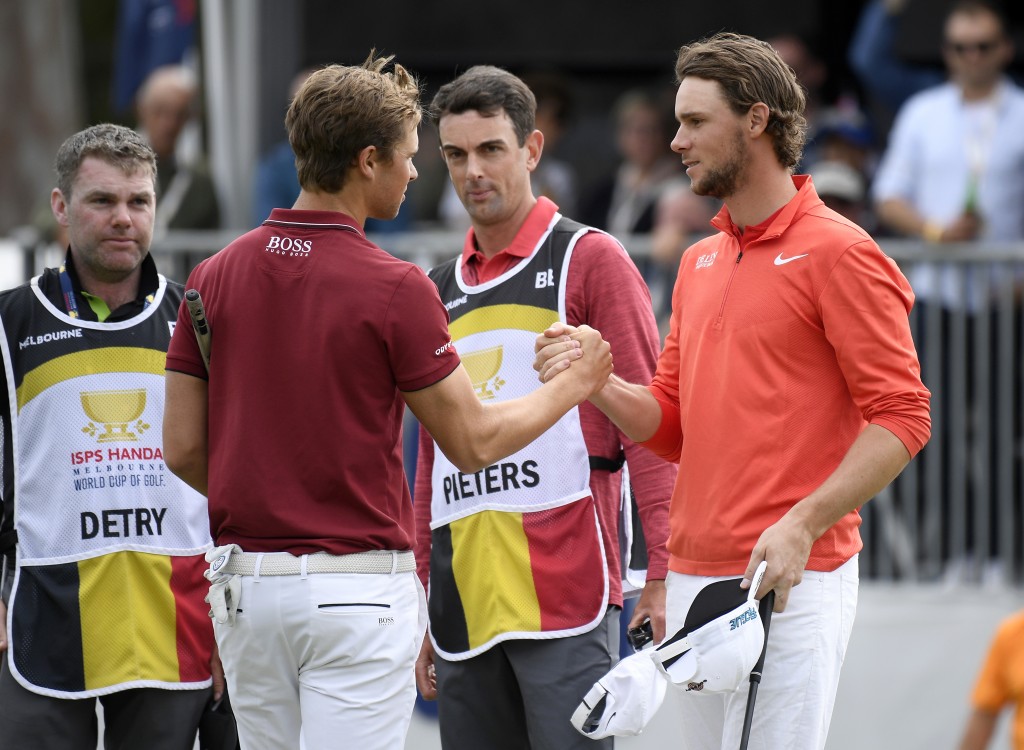 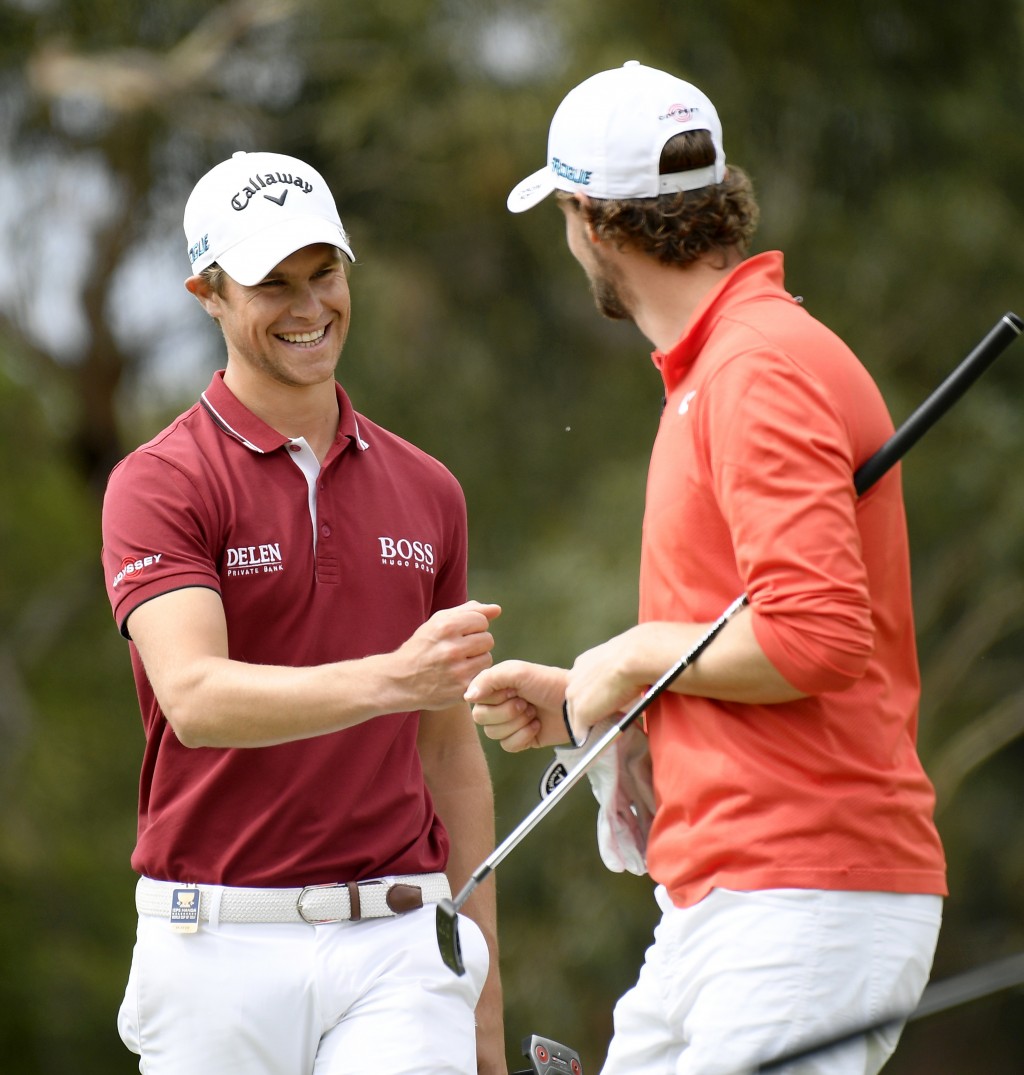 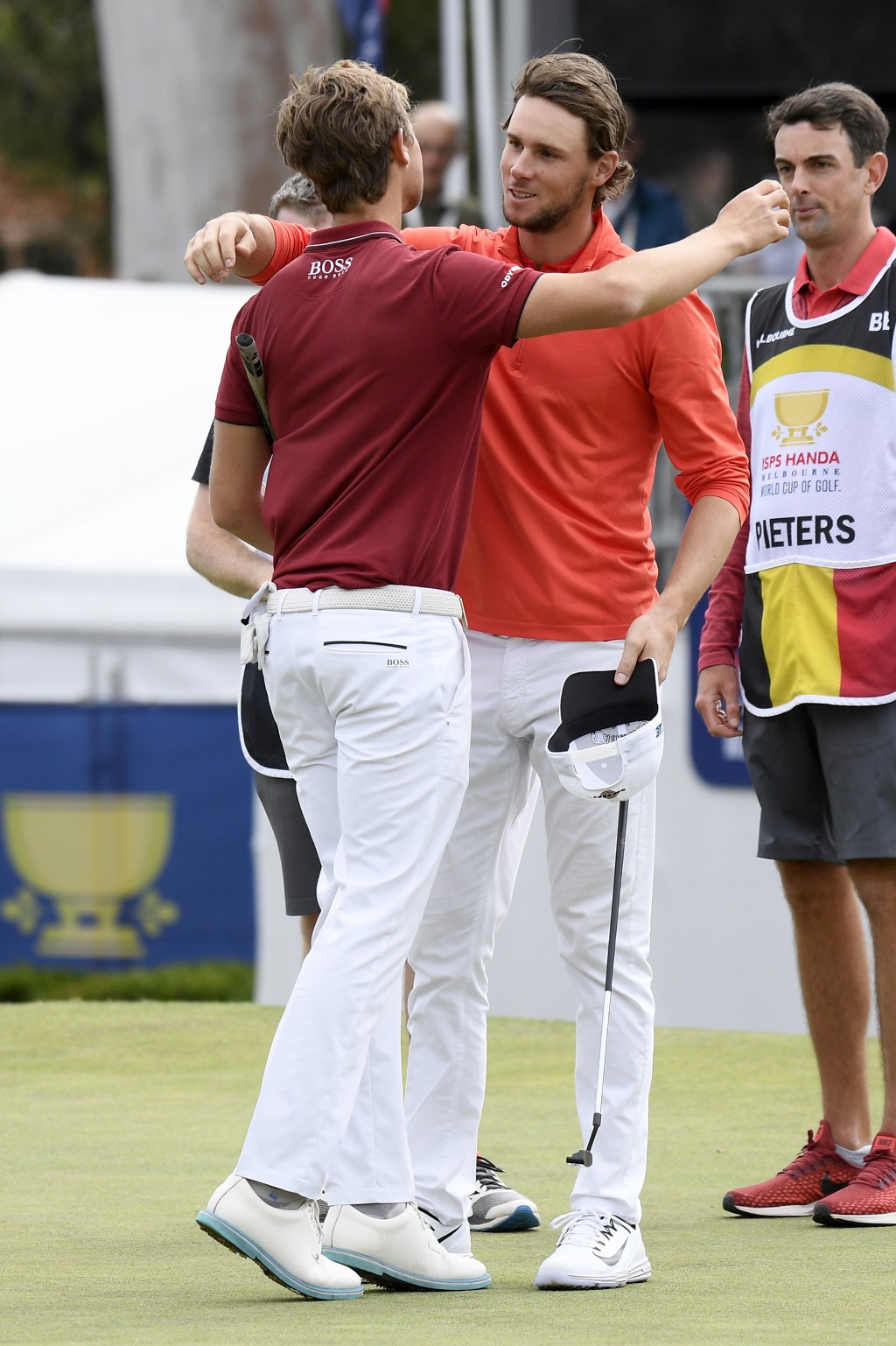 Pieters and Detry closed with a 4-under 68 in foursomes to finish at 23-under 265. They opened with a 63 in fourballs, shot 71 in driving rain and wind Friday in foursomes and had a 63 on Saturday in fourballs to take a five-stroke lead into the final round. The Belgians each earned $1.12 million

Americans Matt Kuchar and Kyle Stanley tied for 16th at 9 under after a 68.

HONG KONG (AP) — Aaron Rai won the Hong Kong Open in torrential rain for his European Tour title, shooting a 1-under 69 for a one-shot victory over fellow Englishman Matthew Fitzpatrick.

The 23-year-old Rai, six strokes ahead entering the round, finished at 17-under 263 Hong Kong Golf Club. He shot a course-record 61 on Friday.

Fitzpatrick closed with a 64.

South Korea's Ho-Sung Choi won the Japan Golf Tour's Casio World Open, birdieing the final hole for a one-stroke victory over Australia's Brendan Jones. Choi closed with a 5-under 67 to finish at 15-under 273 at Kochi Kuroshio. Jones shot 66. ... Anne Van Dam of the Netherlands won the Ladies European Tour's season-ending Andalucia Costa del Sol Spanish Open. Van Dam completed the delayed third round with a 5-under 66 and shot a 70 in the fourth for a 13-under total at La Quinta Golf Resort. She also won two months ago in Spain in the Andalucia Costa del Sol Open. Defending champion Azahara Munoz of Spain was second, three strokes back after a 69. Women's British Open champion Georgia Hall of England tied for 10th to top the Order of Merit title for the second straight year. ... Jiyai Shin won the Japan LPGA Tour Championship Ricoh Cup, beating fellow South Korean player Hee-Kyung Bae in a playoff for her third victory of the year.